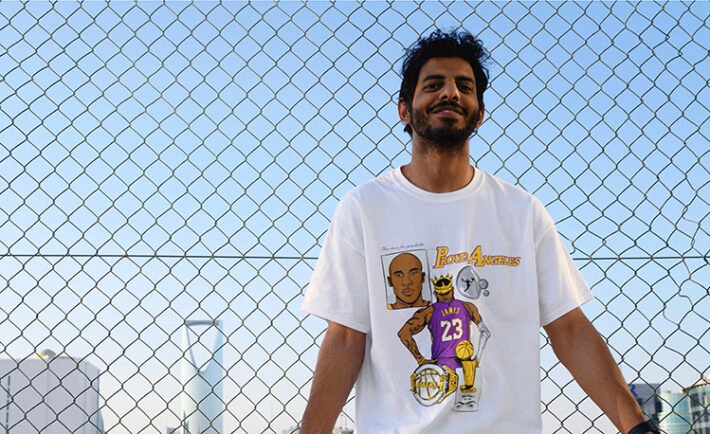 After spending eight years in LA, Mohamad Bajbaa was bitten by the fashion bug and decided to launch ‘Proud Angeles’ in 2016, to bring the LA energy and ambiance to the Middle Eastern market and blend both styles to create something extraordinary.

Inspired by an unfortunate incident that resulted in the destruction of many of his clothing, coupled with the already inspiring LA fashion scene, Mohamad decided to start producing his own clothing, and with that enter into the exciting world of fashion. During his time in LA, Mohamad learned about individuality, diversity, and creativity and wanted to bring that newfound knowledge back home to the Middle East.

Mohamad was able to do just that, with his brand expanding since its launch and its focus on the ideals of community and individuality. After two years of working in the market, Mohamad launched ‘Proud X,’ a fashion consultancy aimed to empower local fashion brands. With ‘Proud X,’ Mohamad aims to provide guidance for fashion start-ups to minimize their risk and maximize their success and growth. Although he has catapulted onto the fashion scene, he has many plans for the coming years.

As a designer and entrepreneur, he wants to maintain the uniqueness of his brand while also helping the community with fashion related initiatives that will hopefully play a part in the advancement of Saudi Arabia.

Many young Saudis have paved the way for others in their respective fields and have shattered various ceilings on their way. Their daredevil attitudes towards life and their willingness to defy the norms placed upon them have allowed them to excel and become the successful visionaries they are today.