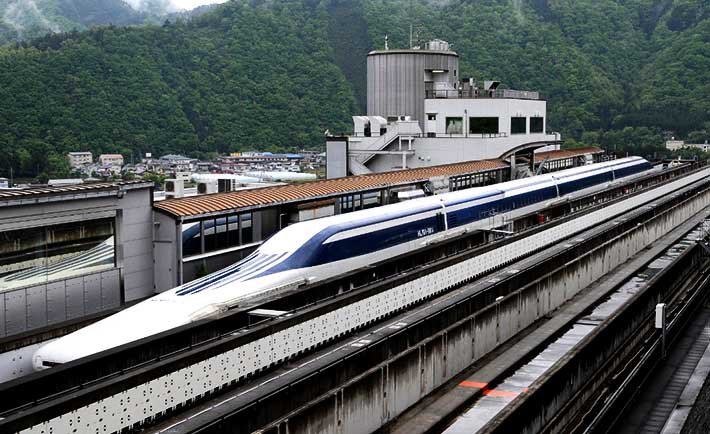 A Japanese maglev that is the fastest passenger train in the world has broken its own speed record. It reached an astonishing 603 kmph in a test run, surpassing its previous record of 581 kmph set in 2003.

The Lo Series train, carrying 49 Central Japan Railway employees, managed nearly 11 seconds at over 600km/h during its 1.8km journey, the company said. The train travelled for about 2 km at a speed exceeding 600 kmph.

The new record came less than a week after the train reached 590km/h, breaking its own 2003 record of 581km/h.

The Maglev Test Line, near Mount Fuji about 80 km west of Tokyo, is developing technology for use on a future link between Tokyo and Osaka. The magnetic levitation trains hover about 10cm above the tracks and are propelled by electrically charged magnets.