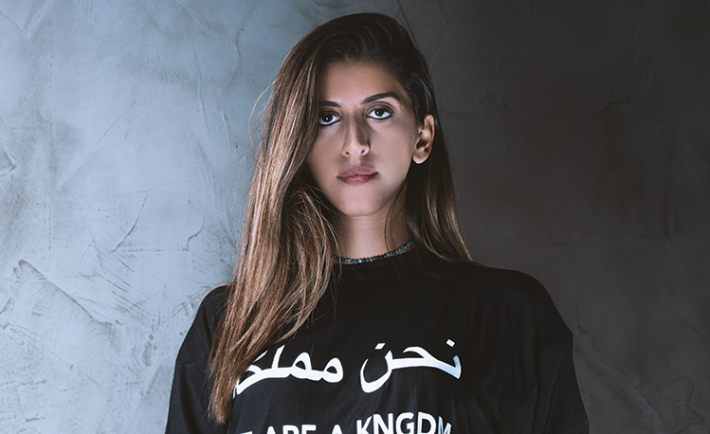 Ever since she debuted the Suitable Woman collection in 2015, we, and everyone else it seems, have not been able to take our eyes off Saudi fashion designer, Arwa Banawi. Her creations have graced the pages of Vogue, Harper’s Bazaar, and came to life on the runways of Dubai, Paris, and of course, the Kingdom. She has caught the attention of stylists the world over, and most recently, Jessie J opened her concert in an Arwa Banawi outfit.

In less than three years and without missing a step, Arwa has set the barometer for the Saudi fashion industry. What makes her stand out as a Saudi designer is her ability to match her sartorial creativity with entrepreneurial astuteness. She comes in with passion, as many do, but then pairs it with a think big strategy— and so, when she says, “our vision is to export Saudi culture”, it’s more than a statement, it’s a prophecy.

A penchant to capture what’s real, and an ability to come up with collections that are multi-versed— universal on one hand, unmistakably Arab on another, makes her a force for representation. Her style is best described as androgynous, and her successful attempts at designing for pluralistic identities may just be what attracted collaborators to come knocking at her studio’s doors.

Adidas Originals paired up with Arwa to create “P.E,”, the first among her contemporaries to do so. The capsule collection consisted of athleisure wear and her signature suits. Levi’s Middle East tapped her to create a customized trucker jacket. At every turn, the persona she designs for is tangible and clearly defined: the modern day creative woman, transcending borders, turning boundaries into silhouettes.

“Our Saudi fashion community is growing, it is making a strong case to be recognized as an industry hub in the middle east. I want to be part of this reality, I have always been proud of my roots and in the near future, I want my first flagship store to be in my country. Saudi is cool, we got this.”

“I grew up in a creative household, fashion was part of my childhood. I was heavily influenced by baba’s Versace suits, and mama’s modest couture. I would take all the Sufrat Salat I’d find around the house and drape them over myself, looking at the mirror. I knew this wasn’t child’s play for me, this is who I wanted to be, what I sought to create.” – Arwa Banawi