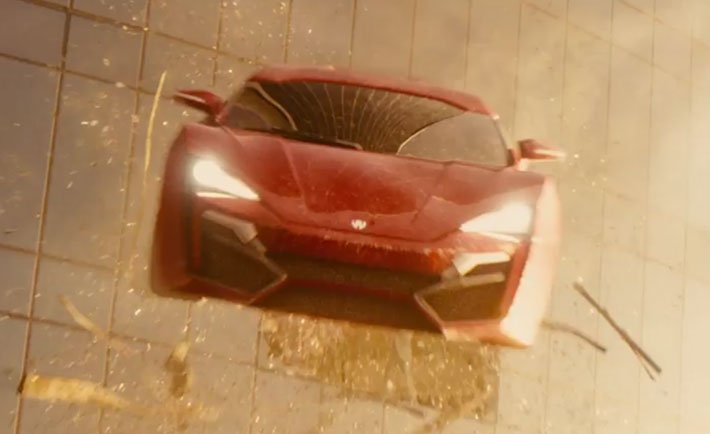 If you happen to recall the trailer of the ‘Furious 7’ the most eye-catching feature in it was the scene showing Vin Diesel plunging a supercar out of Etihad Towers in Abu Dhabi.

But what makes it even more special for us is the fact that the makers of the movie chose to feature a Middle Eastern car in the breathtaking scene. So here are a few facts about this supercar that you’ve got to know.

1. The supercar used in the scene is the Lykan Hypersport.

It is also the first ever Middle Eastern supercar.

2. The car was manufactured by Lebanon based W Motors.

Who are also the first Arab developer of high-performance luxury sports cars.

4. The Lykan Hypersport is powered by a twin turbo flat-six 3.7-liter engine.

Which is backed with 770 horsepower.

Making it the 3rd most expensive car ever manufactured.

During filming, all 10 were destroyed.

8. The car in the movie is not equipped with all the features of the actual Lykan Hypersport.

Some of the features it didn’t have were the diamond-encrusted LED headlights and interactive holographic display system.

CORRECTION: An earlier version of the article mentioned a different building for the car plunging scene.