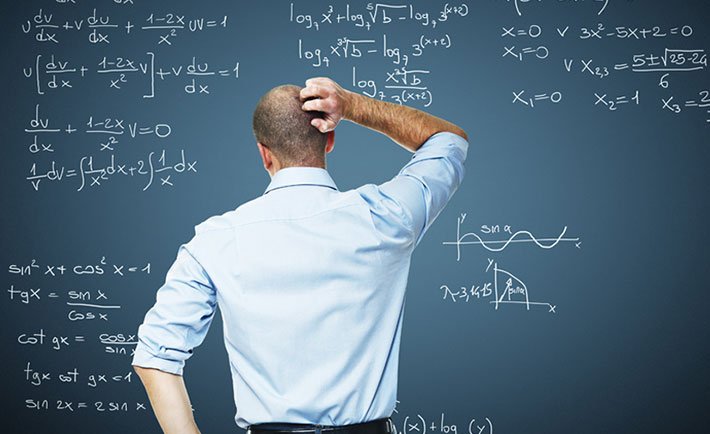 A maths problem in Singapore has gone viral and left everyone wondering on when exactly is Cheryl’s Birthday.

The question, involving a girl asking two boys to guess her birthday after giving them meager clues, first appeared in an April 8 test organized by the Singapore and Asian School Math Olympiads (SOSMA). It was in fact meant for 15- and 16-year-old  secondary school students, but went viral after a local television news presenter in Singapore posted it on his Facebook page.

So are you ready to solve it? Here it is. 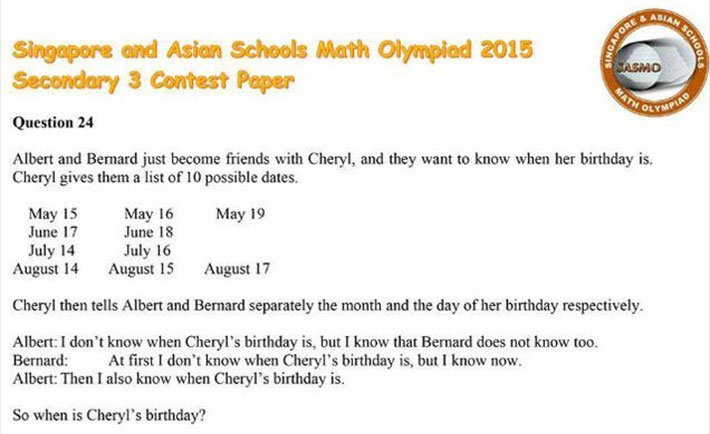 The maths problem left so many people guessing on the exact answer, that SASMO actually put up the answer on their Facebook page. The answer is actually a bit complicated, so you’ll have to really focus here. 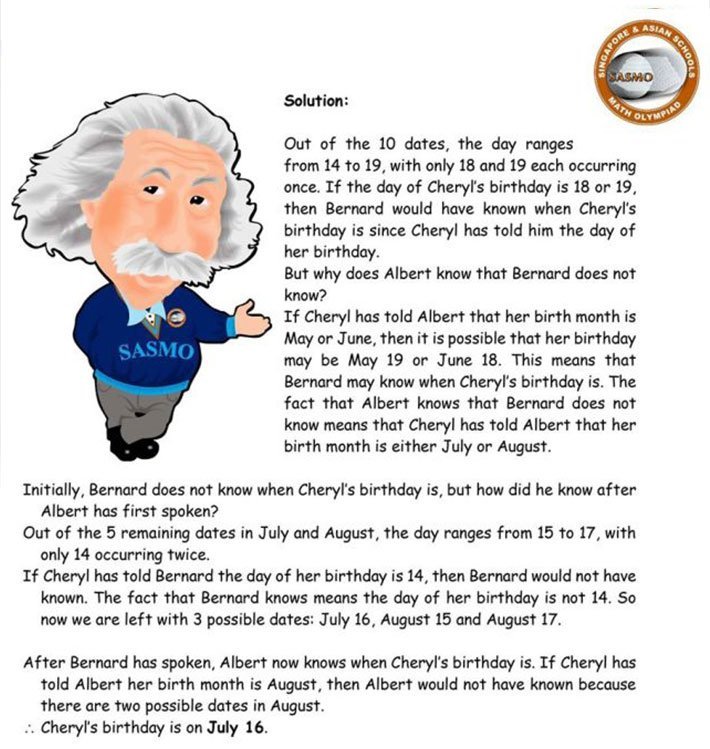