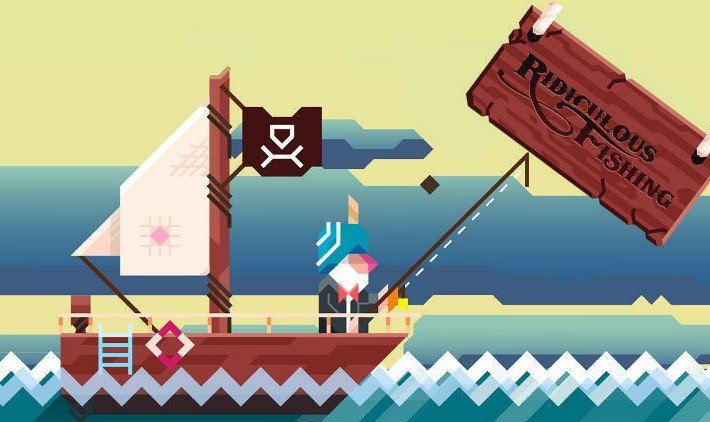 This is Billy and he needs a break from society and let off some steam with his endless and unstoppable arsenal on the underwater life. Just kidding, there is no context nor a background to this crazy adventure with Billy.

The best thing about Ridiculous Fishing is it uses a simplistic model that can be replayed as many times as one likes without getting bored from. Not only that but it evolves 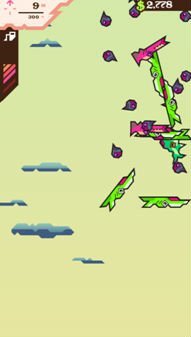 the more the player adapts to it with its simple mechanics. Ridiculous Fishing is divided into three mini games that combine into one whole game. There is the act of casting the fishing lure, catching the fish, and last but certainly not the least and the most ridiculous is shooting the fish with your guns to the moon.

To cast the lure, the player uses motion controls to tilt the phone on the sides so the lure can reach as bottom as possible in the bottomless sea. The lure has a limit to reach and the more depth you reach, the rarer the fish you catch are and the more money you gain off of them. The tricky thing about casting the lure is that you don’t want to catch the nearest fish, you want to avoid them as much as possible to get more points which makes it ridiculous on its own aside from the other modes. I’d imagine it would get chaotic on the harder levels not to mention how stupid I’d look playing this game in public where I look like a crazy person who traveled through time and have just discovered how smart phones work.

Pulling out the lure is an easier task than throwing it since you’re focusing on pulling the fish you want to shoot. The only downside to it is some fish you catch are harmful to billy and therefore shooting them decreases points instead of giving you more such as jellyfish. Now comes the fun part where you shoot the fish to the moon. There are a lot of weapons to use to take down the fish you want and this is the important phase since this is where you gain your cash. However, all mini games complement each other an 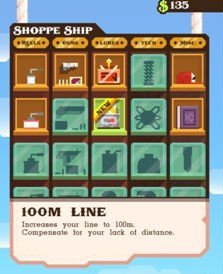 d the upgrades you get make the experience all the more enjoyable.

The upgrades you gain are accessed through the shop and this is where your money pays off. There are so many upgrades to pick from that I initially felt confused but knew later on the essential thing is to upgrade your lure to withstand more depth since the deeper you go, the more cash you gain from different and newer species of fish. When you finally collect enough fish species, you get to travel to a new area with new fish and more difficulties. Upgrades range from tech upgrades where you can get a second or a third chance if you get hit by a fish or a lure upgrade where you connect a drill to your lure and can rush through fish to not get caught by them when you’re in a bind to avoid them. There are also gun upgrades that make the shooting mini game a breeze as well as cosmetic upgrades for Billy. I can’t help but feel addicted to playing it whether it is in short sessions or up to 90 minutes per session.

The aesthetics and ideas implemented in Ridiculous Fishing make it all the more hilarious joyous with its comedic upgrades and charming gameplay. It is hard for me to point out any games similar to it in mobiles and it utilizes mechanics exclusive to mobiles. That alone makes it a worthwhile experience. You can find ridiculous Fishing on the Google Play Store and the App store.