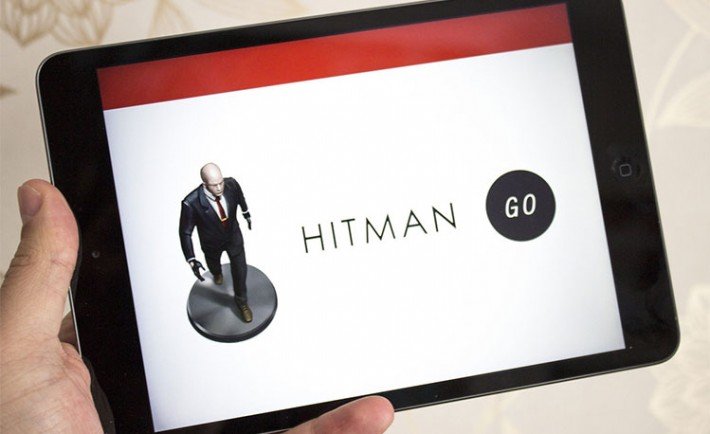 Hitman Go is a puzzle mobile game that is shadowed by the fact that it uses a franchise as its setting. I’m frankly surprised it works because there is no setup like the original Hitman series. It simply uses the main character and some of the level designs we have seen over the series as a board game. I was even more astonished that I loved it because the more I lost in the puzzles and learned from my mistakes, the more I was interested in how to solve these puzzles. 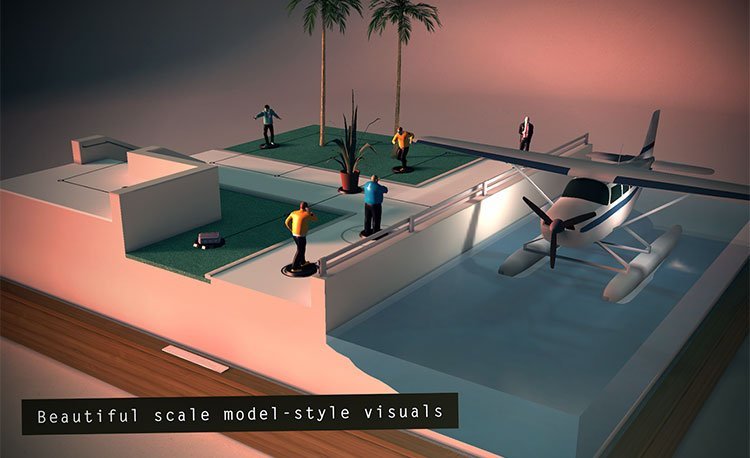 In Hitman Go, the player generally has a simple objective where you either have to assassinate a target, grab a briefcase or get to the objective point. It’s a turn-based puzzle game, where you have as much time to think about what to do, only not as much time when you fail since it takes less than a second for the level to restart as soon as you get discovered by a guard and agent 47’s pin tumbles over to the side, which I still find hilarious. Every turn you take, the guards around you “move” a turn just like how you do, so you have to always think one step ahead and strategize, something I was surprised to engross myself in. As much as I believe this barely resembles any Hitman game I’ve played, there are a lot of similarities in its aesthetics and I find it quite engaging; how I learned with trial and error and which route to take since the levels are teeming with challenges such as “finish this level in the least turns taken” or “don’t kill any guard”, which raises the challenge of the game even more. 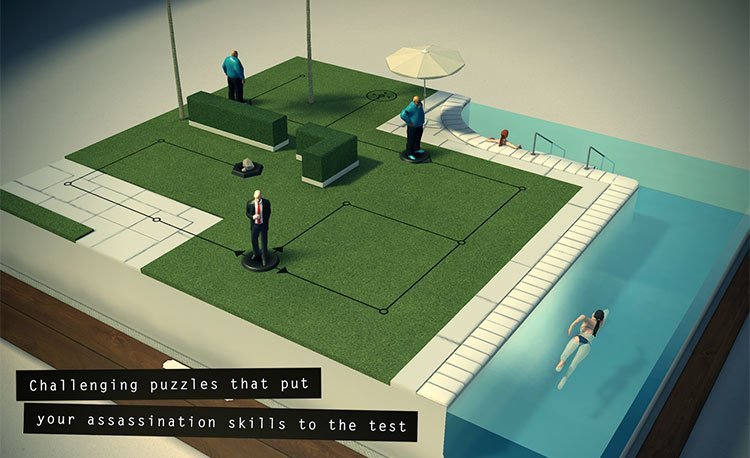 Despite it being a paid mobile game, it also has in-game purchases for hints on what to do next. Where there is a hint icon in the corner that shows you the path for the objective you want. Initially, they give you five hints and when you run out of them you’d have to purchase them and I shamelessly admit I purchased a pack of hints that are worth 50 riyals. It seems the game also stretches that shame, where the colorful board turns into black and white when you use hints because you don’t deserve colors apparently when you are using help for a game. 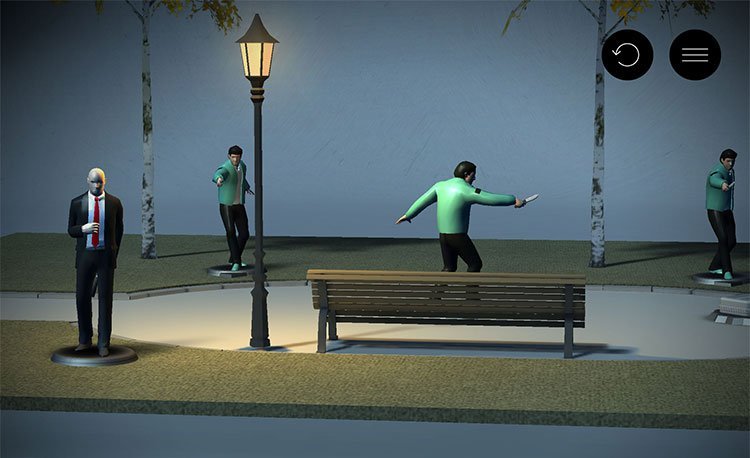 Depending on the objectives you do, you gain points for finishing those levels and like any mobile game, the more points you gain the more potential you have to unlock more levels. Just like how I mentioned that this board game uses Hitman as its subject, which is not all that bad, you don’t get to move around with Agent 47’s pistols, but rather you find them on the ground as a prompt to shoot the guards when they are next to where you stand. 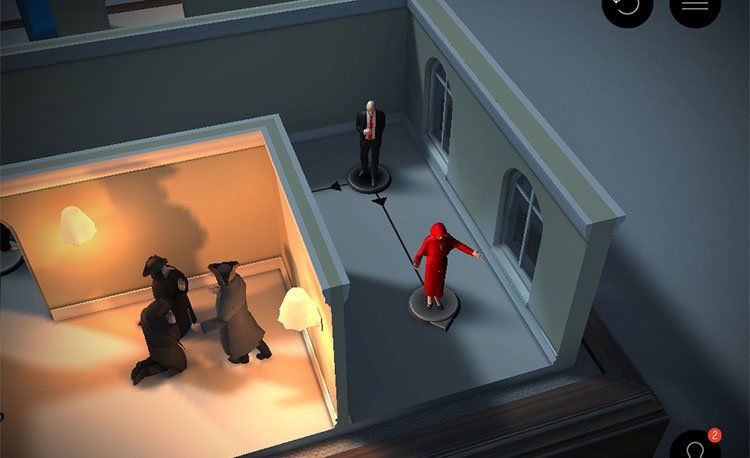 All in all, Hitman Go is a fresh take on mobile games with its simplistic setup and beautiful aesthetics. You can go through levels at your own leisure with reminiscent tracks like Ave Maria from Hitman Blood Money and enjoy similar level backgrounds that you may or may not have seen throughout the whole series. Even if you are a new player to Hitman, I guarantee you will have fun.