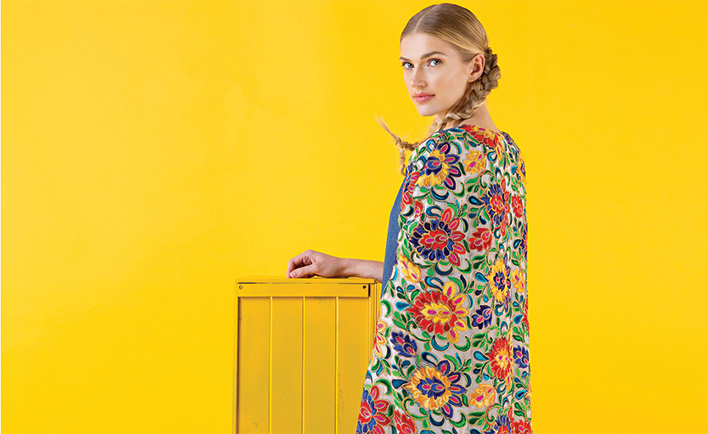 Our coverage of the recent Arab Fashion Week

Founded back in 2014, Arab Fashion Week is a yearly fashion show in Dubai, UAE that is hosted by The Arab Fashion Council. What makes this show especially impressive is that it’s now considered one of the five most important fashion shows and has been added to the International Fashion Week calendar right alongside New York, London, Milan and Paris. 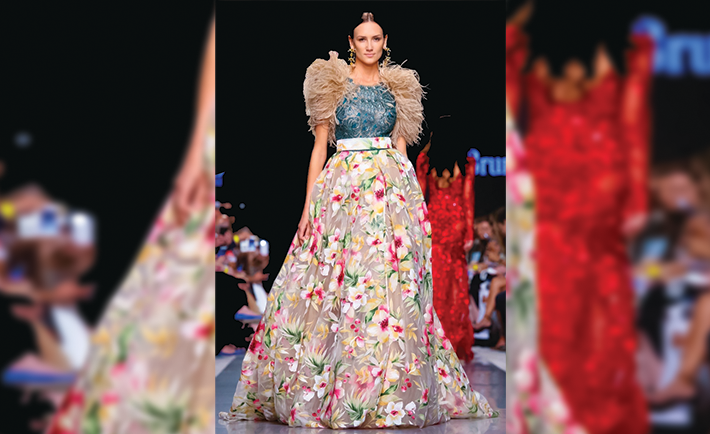 Following that international lineup, Dubai’s edition makes sure to not focus solely on designers in the Arab world. This year, for example, showcased many International designers such as Laura Mancini, Next Generation, Marchesa and Laquan Smith. This gives everyone the chance to expand their market and set up their brands in Dubai and within the Arab world. 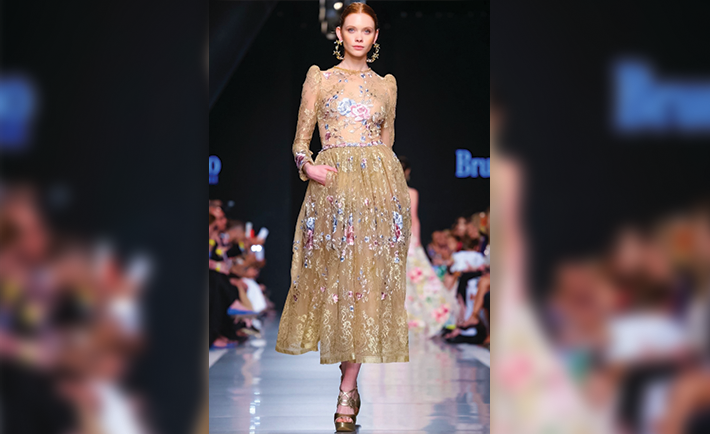 What makes Arab Fashion Week unique is that they just started a new fashion concept of “Ready-Couture” collections. Dubai is currently the only city in the world that implements Ready-Couture fashion shows and holds them twice a year in May and December. 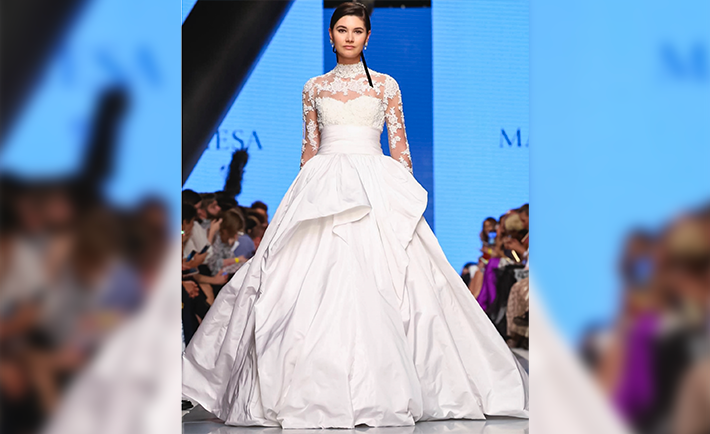 We noticed floral and pastel looks for the Fall/Winter 2017 collections, particularly in Bruno Caruso’s collection. I guess florals aren’t only for the summer! 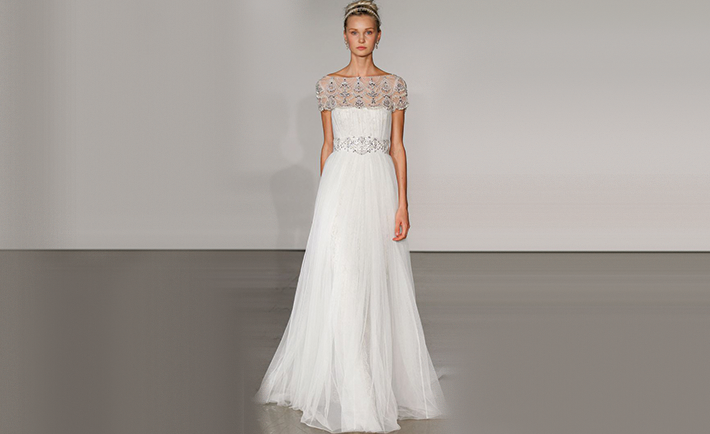 Meanwhile, bridal gowns were the highlight of the week as many designers, including Speranza, Slwya Romaniuk and Marchesa Bridal, showed off a bounty of breathtaking designs. Marchesa Bridal’s collection was especially mesmerizing with its elegant yet modern “Disney princess gown” look. 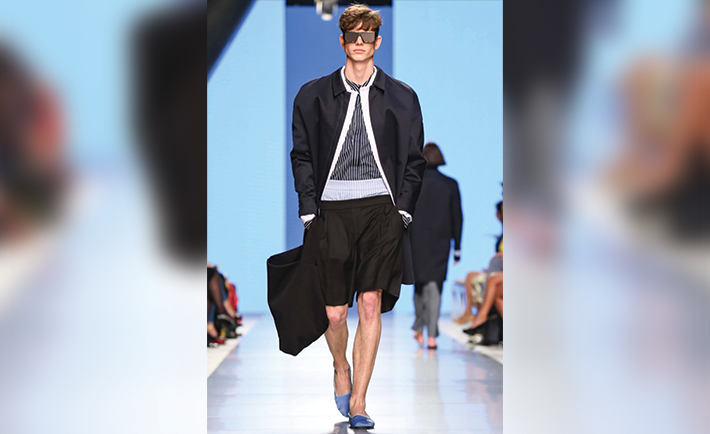 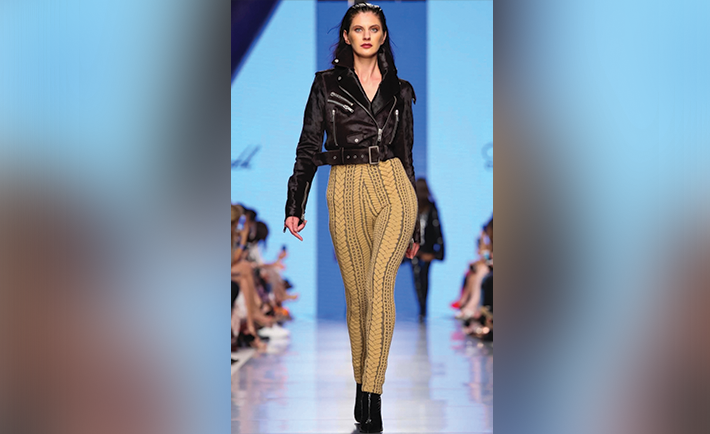 Not to be outdone, men’s fashion had great representation thanks to designers Rad Hourani and Jenanne Filat, showing off everything from clean-cut suits to classy and laidback winter coats and jackets. 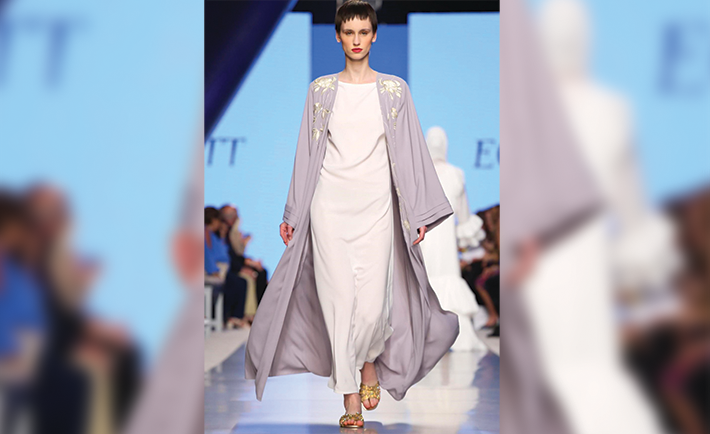 Finally, we can’t end this coverage without highlighting the beautifully modest collections by Bekraf, and Zoe Eckett. They had a strong Middle Eastern style that was inspired by jalabiyas and abayas.

Mother and daughter team Suzan Farhoud and Leen Al Shieshakly were the only Saudi designers at Arab Fashion Week this year, representing their brand “Jeans Couture.” 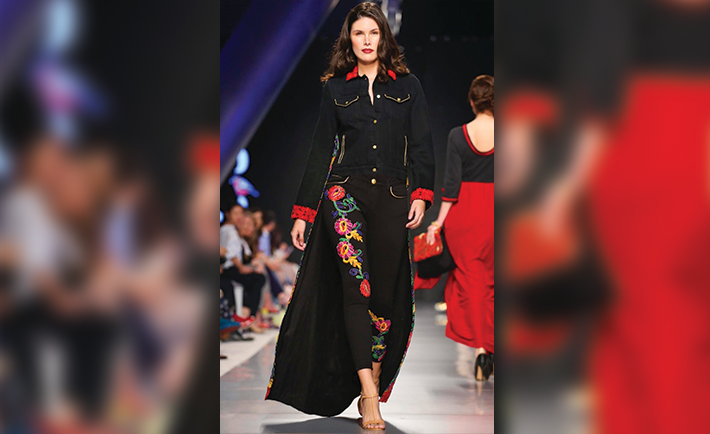 Even though Farhoud started with a bachelor’s degree in business administration, she still pursued her passion in jewelry design and interior decorating. This fed directly into her love for oriental and European art, not to mention a particular fascination with jeans and European fashion. 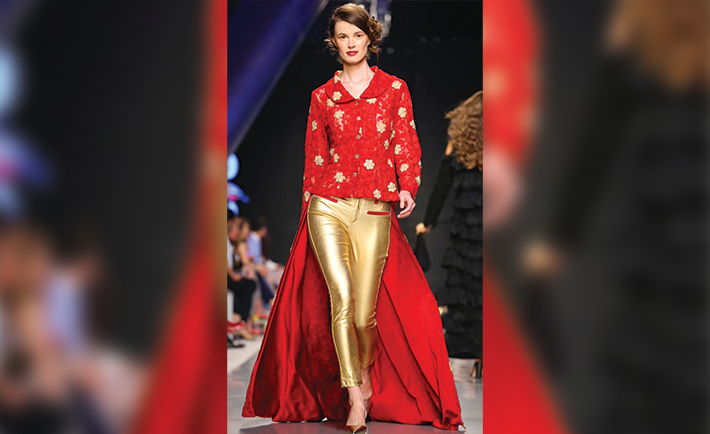 Meanwhile, her daughter Al Shieshakly got her bachelor’s in entrepreneurship with a minor in public relations. Later on, she followed her dream of becoming a visual merchandiser and studied fashion merchandising. She became the head of Visual Merchandise for Bergdorf Goodman and worked with high-end designers such as Christian Dior. 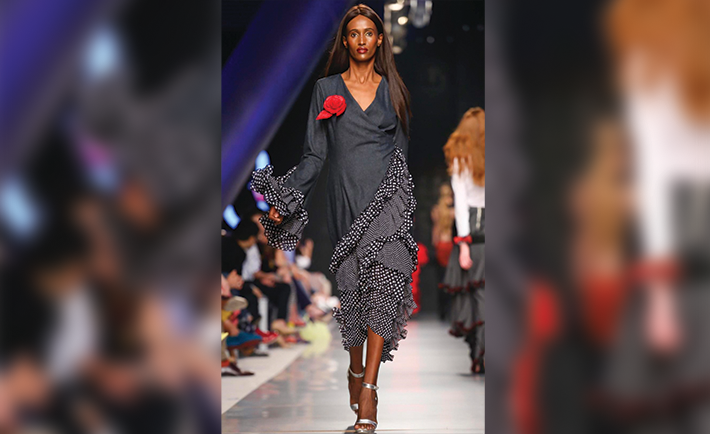 Between Al Shieshakly’s solid background in the fashion industry and Suzan’s artistic style and love for jeans, the duo came up with the idea of creating a chic and classy denim fashion brand. Thus, Jeans Couture was created. 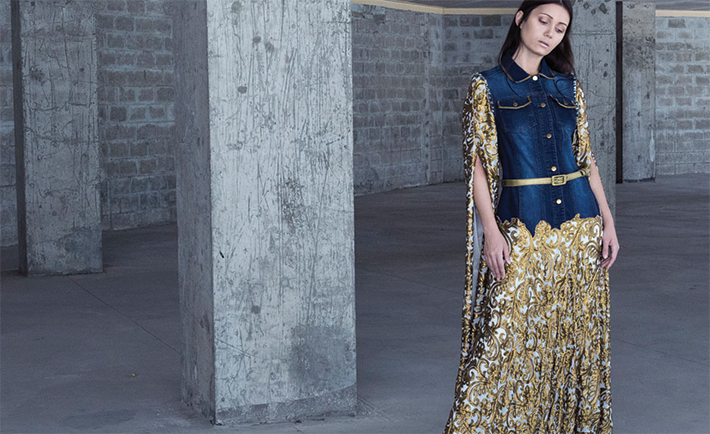 We spoke to Jeans Couture and we learned that their inspiration for the FW17’ Collection came from Spain and Spanish music and rhythm. That’s why we notice their designs having rhythm, movement and layers. “We always like to combine our Eastern and Western heritage. Spain is one of the countries that has a beautiful culture with its music and clothing”. 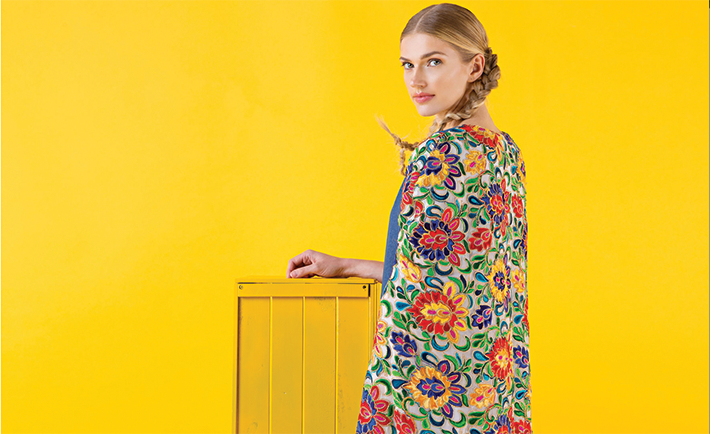 The brand’s concept revolves around the phrase: “Couture art-to-wear and attachés for confident, elegant and cosmopolitan women.”

Their plan is to be a leading denim brand for art-to-wear couture of luxury clothing and handbags; without the use of fur and leathers. 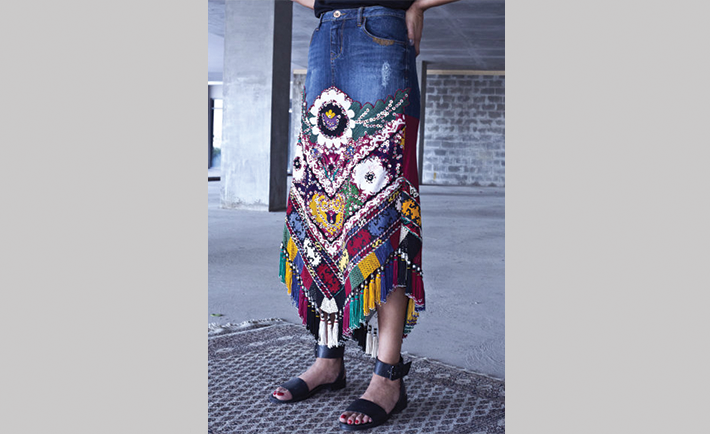 Leen’s advice to Saudi designers who are just starting out their careers in the Fashion industry was: “Patience. You have got to be patient because it really does take time for something to boom. Especially that this is a product market not a service market.”