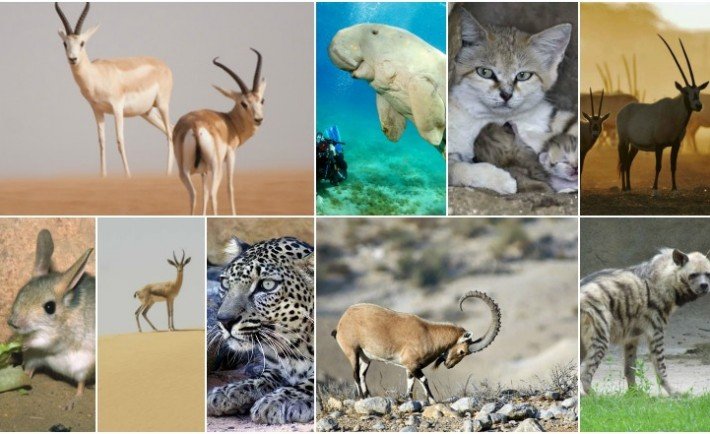 Saudi Arabia has already seen some of its indigenous animals poached to extinction in the past including the prized Arabian and Saudi Gazelles. The latter in fact was declared extinct fairly recently in 2008.

The animals in this list are taken from the International Union for Conservation of Nature (IUCN), for mammals that have been classified under the Near Threatened, Vulnerable, Endangered categories. So take a look at these animals that are struggling for their survival.

Just bear in mind that most of the animals on this list are not limited to Saudi Arabia in general, they are spread throughout pockets across the Arabian Peninsula and the Middle East, though in dwindling numbers. 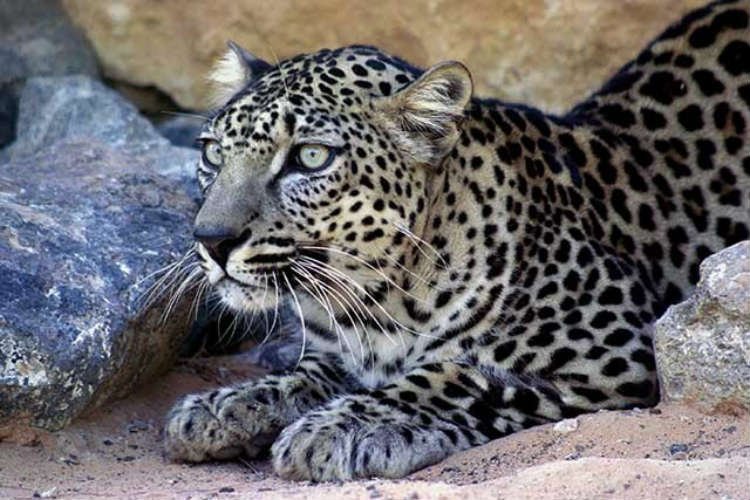 It is believed to be extinct in the wild as there have been no sightings of it since 2002. However, there are Arabian Leopards which are currently placed in captive breeding in the Kingdom and plans have been made for their reintroduction in the wild. 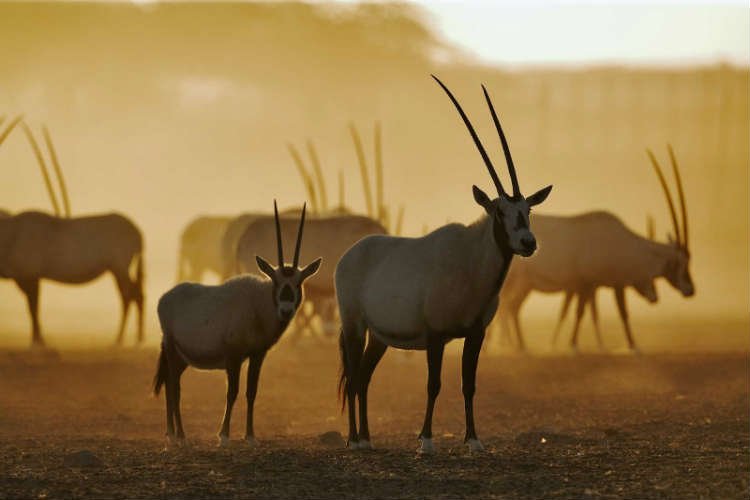 This prized mammal is believed to be extinct in the wild as of 1972. However many GCC member countries including Saudi Arabia have taken a number of initiatives to preserve the animal with careful reintroduction into the wild. Today, they can be spotted in the Farasan Islands. The Arabian Oryx is the national animal of Oman and is in the official logo of the Qatar airways. 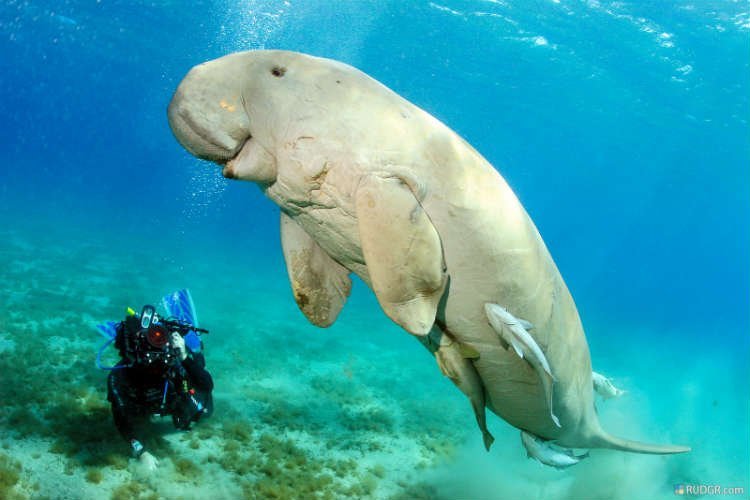 It is the only strictly marine herbivorous mammal, but unfortunately due to a slow rate of reproduction the dugong today is vulnerable to extinction. In 2013, Saudi Arabia has become the 26th Signatory State to sign the Dugong MOU in order to protect the Dugongs in its waters. 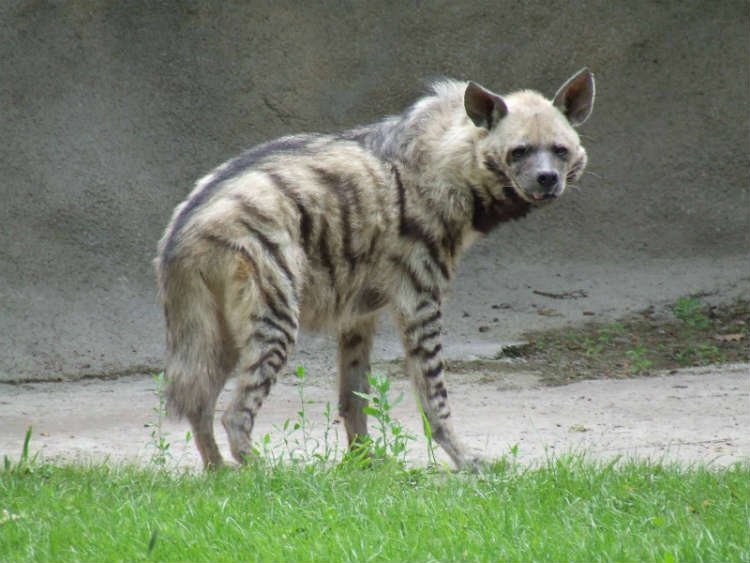 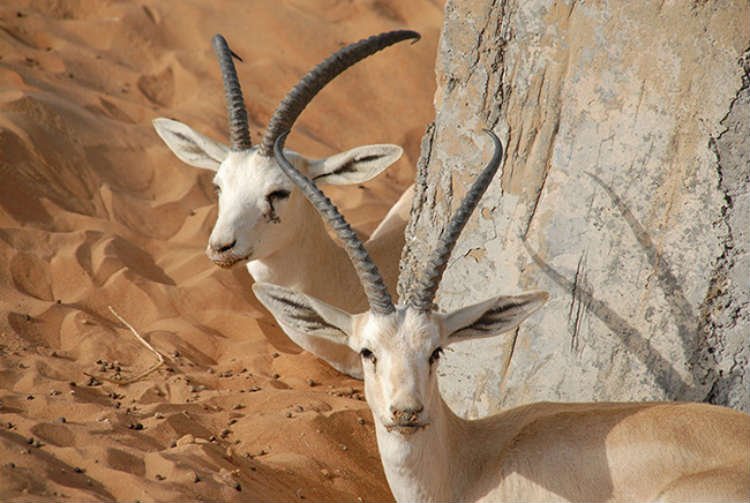 Known as Reem in Arabic, limited numbers of the Sand Gazelles exist in the wild today. Saudi Arabia has developed conservation plans along with other countries in the Middle East that has achieved limited degrees of success. 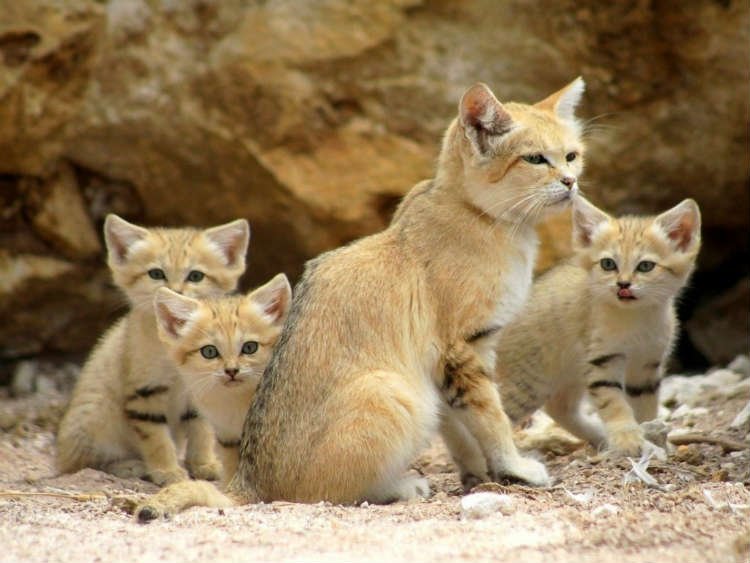 Generally found in the western deserts of Arabia in pockets of the Rub Al Khali desert, the Sand Cat is believed to be the only species of the cat family to live in a true desert. It is listed as Near Threatened and their numbers have decreased chiefly due to habitat degradation. 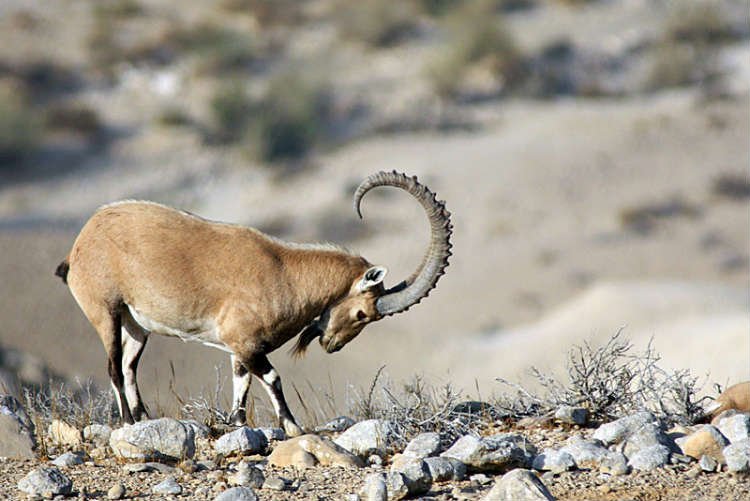 Some estimates put the numbers of this species of Ibex as low as 1200 currently in the wild. This is despite many countries in the Middle East allocating a decent amount of resources to preserve them. In Saudi Arabia, they are found in the mountainous parts of the country, particularly in the Sarawat Mountain Range. An interesting fact about the Nubian Ibex is that they can reach speeds of around a whopping 90 km/h. 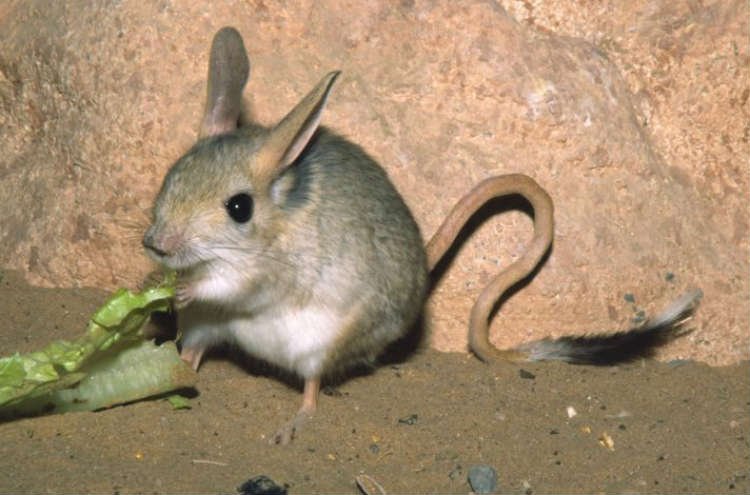 Found in many locations across the Middle East, the Arabian Jird is a species of rodent that is classified as Near Threatened in IUCN’s Red List. It is declining at a rate that is estimated to exceed 20% over the last 10 years. 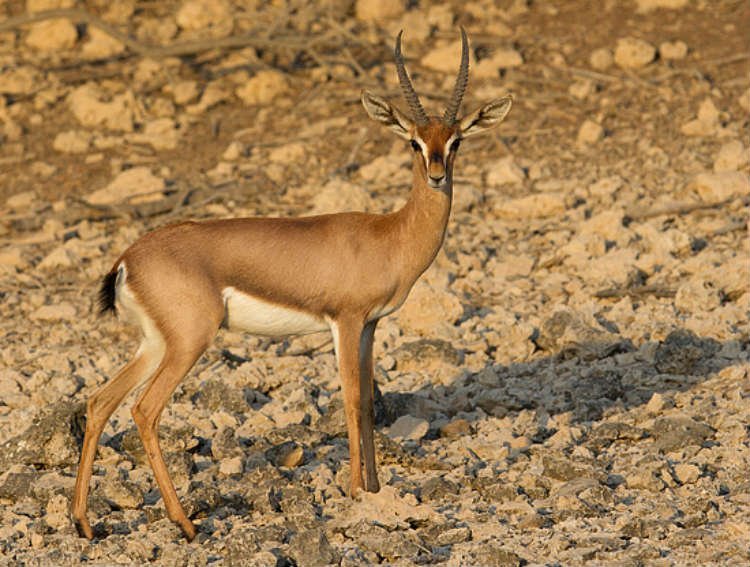 Already extinct in many countries, the Mountain Gazelle has survived in Saudi Arabia in the Farasan Islands, which is surprising as it cannot tolerate a desert habitat. This species of Gazelle is considered to be vulnerable to extinction by the IUCN and the Kingdom has taken considerable steps for its preservation.

In most cases it is us humans who are responsible for the scanty numbers of these animals today. It is time for us to spread awareness about them, to bring to light their plight and do our bit so that even the generations that come after us can get a chance to see them.