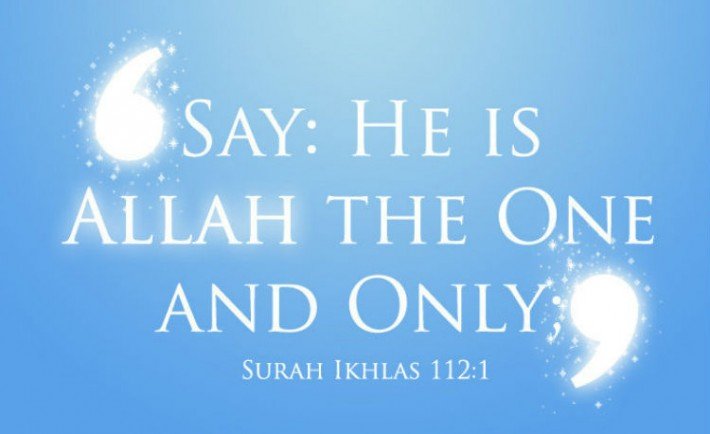 Over time, people have sought to try to understand the divine being they refer to as ‘god’. They have drawn images, depicted statues and carved idols to whom they devote their acts of worship. Many a times, they have applied this concept to Islam and have expressed confusion as to who Muslims worship.

Firstly, it is necessary to know that Islam is the Muslim’s way of life. I say ‘way of life’ and not religion, for islam is not merely a combination of rituals and belief, rather Islam is a system of living; a mode of conduct that affects every aspect of life from the moment one awakes, until he returns to his bed. To define Islam, it is; to submit to the Will of Almighty God. Islam has been the religion of all Prophets and Messengers who obeyed Almighty God and adhered to His commands. Islam is as old as history itself, and has existed since the time of Adam and Eve.

Many would assume that Muhammad (s) was the founder of Islam, or he is himself the god of Muslims. Others would guess that the ‘black box in the middle of the desert’ was the god of Muslims. Muhammad (s) was merely a messenger who instructed the people in the worship of one true god. The black box is called the Ka’bah and is a point of direction for unity amongst Muslims.

Allah, is the proper name for God in Arabic. He is the One whom Muslims worship. Allah refers to the being who is unlike creation; He was not created nor was He born. He has always been in existence.

Muhammad (s) conveyed the message of Allah which is contained in the Quran; which is the words of Allah, Himself.

Allah says in the Qur’an,

“Indeed, I am Allah. There is no deity except Me, so worship Me and establish prayer for My remembrance.” (20:14)

No-one can see Allah in this life; seeing Allah is an honour and reward reserved for those who enter paradise. However, whilst we do not know how Allah looks, He has described Himself through attributes and names that are unique to Him. These names and attributes describe some of His abilities.

We cannot fully understand these Attributes of Allah; our minds are limited by what is entertained by our senses, and our senses too are limited. Allah is perfect in His attributes, unaffected by defects or inability.

Allah is the Supreme Being who created mankind without example. Allah does not feel fatigue, He is above human need of nourishment, rest and reproduction. Accordingly, we submit ourselves to Allah, for He has true power over all things and everything is under His command.

“And to Allah belongs the Dominion of the heavens and earth, and Allah is over all things competent.”(03:189)