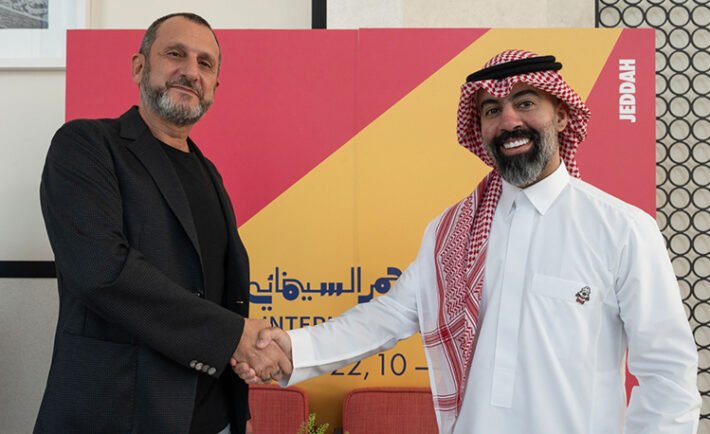 Ignace Lahoud, Chief Executive Officer, Majid Al Futtaim Leisure, Entertainment & Cinemas said, “It is an exciting time for Arabic film, which has been gaining plaudits and audiences in the region and beyond, and tends to outperform foreign films. Distinctly local productions, particularly in a nascent market like Saudi Arabia, offer an untapped and real opportunity. As the leading cinema company in the region, we are committed to growing a sustainable film industry and believe that establishing a dynamic content ecosystem is integral to achieving this goal.”

He added, “Storytelling is deeply rooted in Arabic culture, and VOX Cinemas is dedicated to cultivating the next generation of regional filmmakers and empowering them to use the language of film to tell their stories. The diversity of our Arabic slate reflects the multitude of creativity in MENA’s flourishing film industry, and as the region’s largest exhibitor, we have a great opportunity to leverage our scale and amplify these voices on the big screen. Through collaboration with high-calibre talents and leading partners, we are dedicated to bringing quality content to audiences in the region and beyond.” 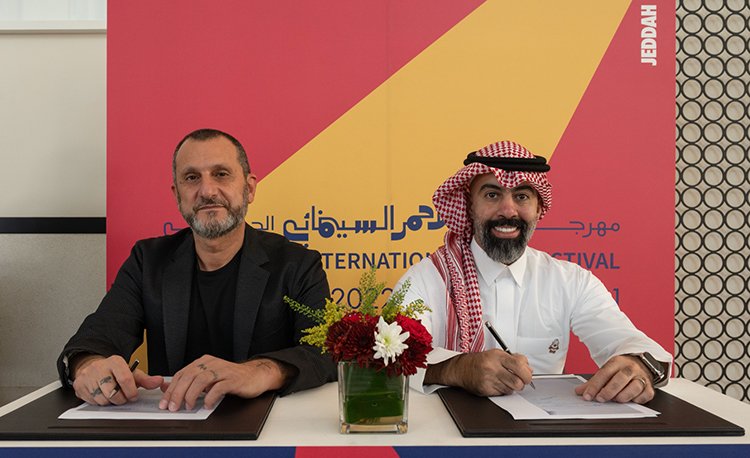 HWJN (Hawjen) marks the third film from VOX Cinemas, Image Nation Abu Dhabi and MBC Studios having signed a landmark alliance at the Cannes Film Festival in 2019 to launch a major production partnership for film and TV projects across the Middle East. The film adaptation of the best-selling Saudi fantasy romance novel of the same name is directed by Yasir Al Yasiri and due for theatrical release next year. The three entities have also joined forces on King of the Ring, a Saudi remake of the South Korean comedy drama hit The Foul King, which will be screening during the Red Sea International Film Festival.

Also slated for 2023 is Voy! Voy! Voy!, a collaboration between VOX Cinemas, Film Clinic and Image Nation Abu Dhabi. The Egyptian film marks the directorial debut for award-winning director Omar Hilal, who is taking the leap from commercials to feature films with the support of VOX Cinemas. Inspired by true-life events, Voy! Voy! Voy! is a dramedy at its core and features an ensemble cast including stars such as Mohamed Farrag, Nelly Karim and Bayoumi Fouad alongside up-and-coming talent Taha Desouky, Amgad El Hagar and Mohamed Abdel Azeem.

VOX Cinemas will join forces with Sirb Productions, sister company of Myrkott Animation Studio and the masterminds behind the groundbreaking Masameer franchise, to produce their second live-action film billed as a Saudi comedy. Creators Abdulaziz Almuzaini and Malek Nejer will be hoping to recreate the success of Masameer: The Movie, which was distributed theatrically by VOX Cinemas, and enjoyed box office success across the region, becoming one of the highest grossing Saudi films ever.

Also on the slate is Director Hadi El Bagoury’s first Egyptian action-comedy feature film. The film is in partnership with The Producers, the creative minds behind Hepta, which was the highest grossing romantic film in Egypt when it released, Sheikh Jackson, and Excuse My French amongst many other hits.

VOX Cinemas has joined forces with The Big Picture Studios, an Imagic Group company, on their debut feature film. The script is the result of a writers’ workshop hosted by VOX Cinemas with new voices from Egypt, Saudi Arabia and Lebanon as part of its commitment to ensure authenticity and relatability when developing local films.

VOX Cinemas has also signed a deal with Blue Engine Studios, which was established by media industry veterans Ziad Kebbi and Hani Ghorayeb, to develop a Saudi comedy that takes the protagonist on an international rescue mission filled with adventure, danger and bad luck.

In line with its strategy to foster and nurture the next generation of regional storytellers, VOX Cinemas is also investing in development with various production companies. Through working with writers and hosting workshops, VOX Cinemas is enabling emerging filmmakers and providing them with the necessary resources to accelerate their careers including guidance on how to market and distribute films for the big screen.

In addition to being the region’s largest cinema exhibitor, VOX Cinemas and its parent company have also established themselves as one of the largest film distributors in the MENA region. It is committed to bringing compelling content that resonates with movie lovers through original production and feature film acquisition, investing in film development and partnering with various production companies to explore projects in line with its strategy.