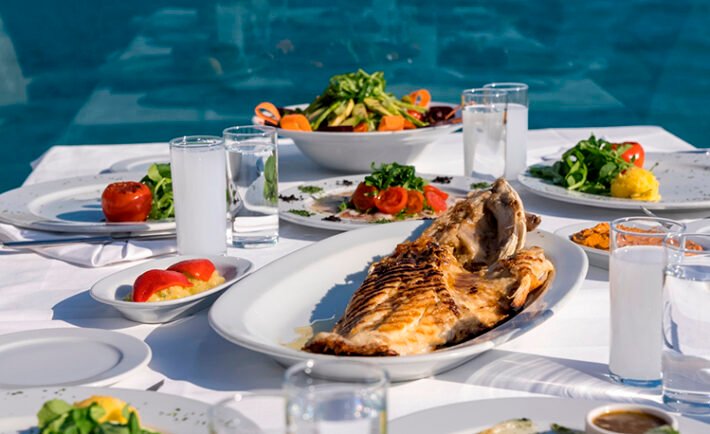 Turkiye is a gastronomic center deserving of exploration not just because of its world-famous kebabs, but also its unique seafood dishes.

As a country surrounded by sea on three borders, Türkiye offers a tradition of seafood dating back thousands of years – and extraordinary dishes that reflect local and regional fish and seafood, cooking techniques, and interpretations.

The centuries-old seafood culture in this geography is well-known. For example, culinary records from the Ottoman era reveal that fish such as carp, mackerel, swordfish, turbot, bluefish, and eel, as well as lakerda (salted bonito), fish roe, and caviar were among the delicacies eaten in the palace. Salted fish and fish soups were also staples of palace cuisine.

Let’s get acquainted with the venerable fish culture of İstanbul, the most recent entry in the Michelin Guide… 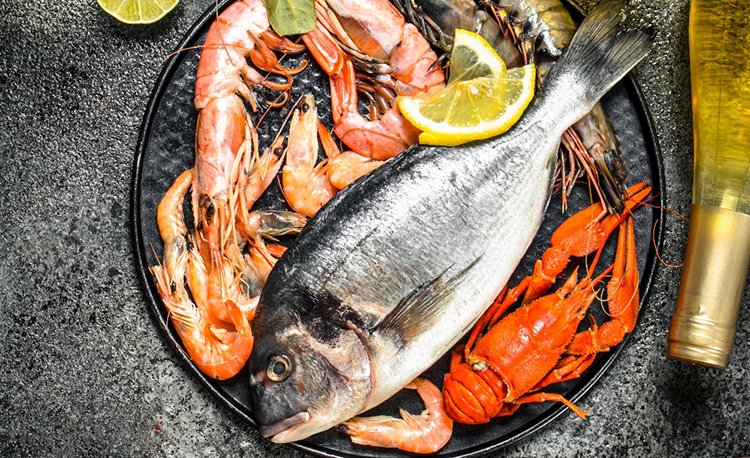 The Distinctive Fish Sandwich of İstanbul

In İstanbul – a city with multiple waterfronts – fishing is a way of life. In the autumn, the Bosphorus is especially abundant, while the winter season in İstanbul brings along a rich variety of fish. Seasonal catches range from anchovies to red mullet, from bluefish to bonito, from sardines to mackerel and horse mackerel, adorning the tables of Istanbulites throughout the year.

Fish markets, fishermen, and fishing boats gliding along the Bosphorus have been iconic fixtures of İstanbul for centuries. In fact, fish are so integrated with İstanbul’s streets that a casual walk through İstanbul will cross dozens of different landscapes in which fish play the leading role.

Fish are in the spotlight on the Karakoy and Eminonu routes, which lie along both sides of the Golden Horn. Clustered around the vendors on the coastline are diners eating freshly fried fish and bread. Fishermen tossing their lines into the Bosphorus from the sidewalks of the Galata Bridge are at the top of the sights identified with İstanbul’s piscine culture.

Fish are an inseparable element of İstanbul and both visitors and residents enthusiastically partake in the ritual of enjoying the fish of the season, accompanied by raki and beautiful views, at restaurants set along the shores of the Bosphorus.

Although meat and kebabs come to mind when discussing Turkish food, fresh fish is actually one of the richest areas in Turkish gastronomy. There are numerous traditional fish restaurants where you can enjoy fresh salads and seasonal fish, especially in the seaside districts of İstanbul. Taverns (meyhane) are a distinctive class of fish restaurants and are popular dining and entertainment destinations for families and groups of friends.

At fish restaurants, the service begins with appetizers, which are served on small plates and shared by diners. These restaurants, which feature thirty to one hundred different types of appetizers, offer special seafood flavors that you will not encounter elsewhere. Shrimp casserole, a dish of shrimp with butter, garlic, and tomatoes; fish kokoreç, cooked by mixing finely chopped fish with spices, tomatoes, onions, and peppers; spicy shrimp cooked in butter in a tile pan; calamari fried in hot oil; and lakerda, İstanbul’s salty flavor of bonito, are among the hot appetizers offered by fish restaurants.  You won’t even need to order a main dish.

Stuffed mussels, a popular street snack in seaside cities, are accompanied by lots of lemons and eaten by hand.

So, which special dishes will you encounter in a fish restaurant in İstanbul, which now also hosts Michelin Star venues? Since the answer to this question varies according to the season, inquiring about which fish is in season will make it easier to choose.

And for the anchovy, which has gained a well-deserved reputation on the Turkish fish table, a separate paragraph is necessary. The anchovy, the favored fish of the Black Sea, has been the crown of tables in locales from the Black Sea provinces to İstanbul for centuries. Anchovies are served in rice dishes,  steamed, panned, with bread, and even as desserts, Whatever the preparation, the anchovy offers a special and indescribable flavor, gifted by this geography to humanity.