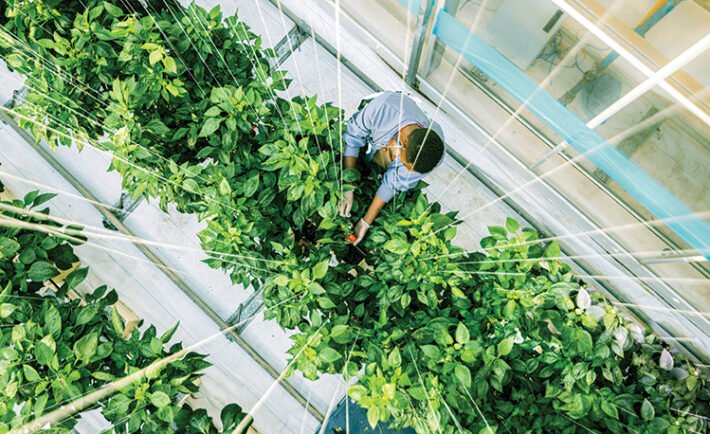 An innovative playground for agriculture and engineering, Red Sea Farms are taking greenhouses to the next level.

It looks like your typical glass greenhouse but once inside, the revolutionary technologies start unveiling. Red Sea farms are able to eliminate the energy wasted in desalination by adapting their greenhouse to it.

It starts with the cooling system they installed. Instead of using cardboard like most other greenhouses, Red Sea Farms use polyethylene to avoid the decaying of the material, allowing them to use saltwater in the cooling pads. 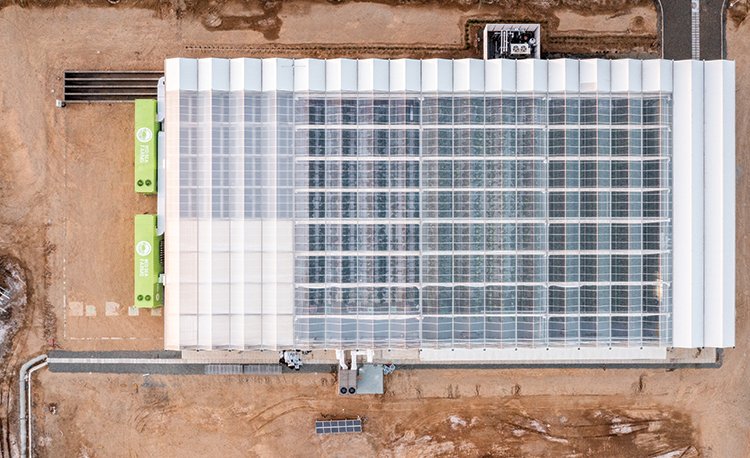 To utilize the cooling system, you need fans pulling air from the other side of the farm. In Red Sea farms, their engineers installed solar panels connected to the fans. These are designed to function at whatever power the solar panels are producing, allowing the fans to work even when not powered at full capacity.

To take it even further, they conditioned their plants, without using any GMOs (Genetically Modified Organisms), to produce even when watered with saltwater without affecting the taste.

Finally, they developed a massive dehumidifying system that collects humidity from the air and turns it into water. As Ashley Pursglove notes, “In a country believed to have scarcity in water, we have an excess of it.” The greenhouse is divided into four sections growing a variety of things; however, one of them is kept for testing.

You can find some of their products in a few local shops, such as Tamimi in KAUST and Riyadh, and Carrefour. They come in a nice net bag that can be upcycled for other purposes.