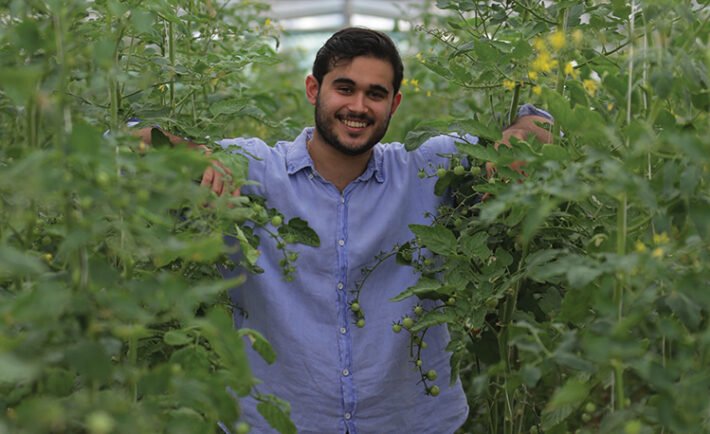 Although farming was one of the factors in the development of civilizations, methods typically used have developed uncontrollably in response to the global increase in food consumption. One of the main issues stemming from this shift in balance is water waste. The only way to move forward is to find sustainable production methods to accommodate the increasing demand.

In Saudi, water scarcity pushed modern farmers to rethink how they produce and develop different technologies to adapt. Destination KSA visited the different sustainable farms and spoke to the innovative visionaries behind them. Learn how these spaces are working to secure our food not just today but for the next generations. 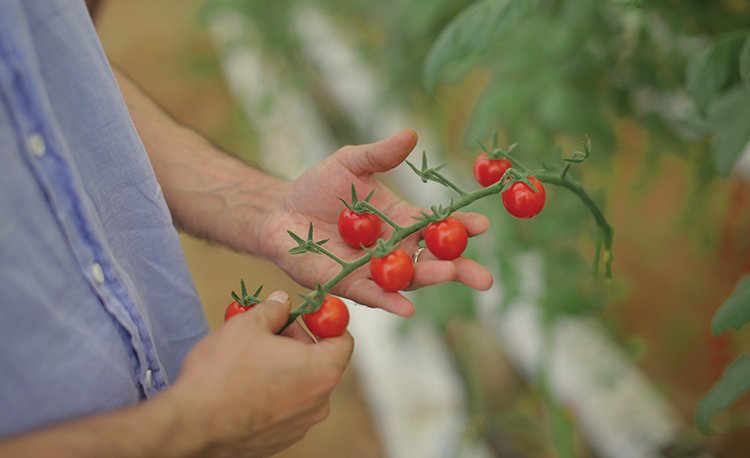 Mojan farms are Sofian AlBishri’s personal project, which perfectly combines his passion with his personality. Speaking about his plants as if they were his prized possessions, Sofian finds joy in bringing life and testing the limits of agriculture in his own ways. When he graduated from university, Sofian returned to Saudi and decided to use his family’s farm to start a business. After 9 months of extensive research and analysis, he launched Mojan Farms.

The 60,000 m² farms are utilized in multiple ways. At the onset, Mojan’s project began with a 400 m²  greenhouse growing Italian basil using drip irrigation, slowly watering the plants to avoid waste. It grew to five greenhouses, growing various produce in different sustainable ways. Each greenhouse is equipped with an underground tank filled from the wells after going through desalination. 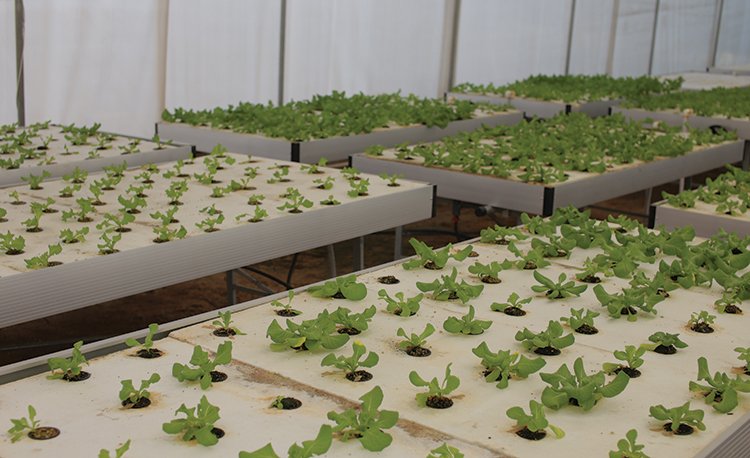 The water is then transferred to a smaller tank where nutrients are mixed in and used to drop on the plant’s roots. It is also equipped with a cooling system using cardboards soaked in water on one side and big fans that suck in the air through the cooling system and alter the temperature in the greenhouse. “It can be 50 outside, and it feels chilly here.”

Mojan farm’s strength comes from the cherry tomatoes. Importing the seeds from Italy, Sofian makes sure he is planting the best. “The first step is seeding. Then we transport the seed with the soil and put it in coconut shavings and plug a water tube, then control the amount of water released. That’s hydroponics.” He is also growing San Marzano tomatoes, the best variety for sauces of all sorts.

Sofian has many plans to develop his farm further, testing the limits and innovating the way we look at agriculture. “This is just the beginning;
the possibilities are endless for this farm. It just has to be done right.”