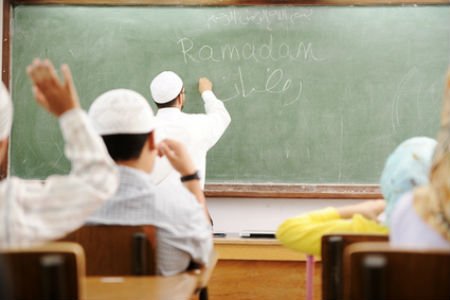 Trigonometry, medicine, astronomy etc. explored and pioneered by our great ancestors are just some of the countless examples that glorify our illustrious history. But alas! Who knows about it? Our students are left misled while both our Muslim teachers and parents do not take the effort to acquaint themselves with such beneficial knowledge.

History is what strengthens the society and when a teacher or parent discloses the facts of our brilliant Muslim inventors; they nonetheless carve the crest for a strong Muslim society to build on. The sense of honour and glory would inspire the youth, encouraging them to aspire to succeed and strengthen the present Ummah.

Therefore, it is incumbent that teachers and parents acquaint themselves with the historical developments that our great scholars have made. Teachers can make such an effort, at least in the fields that they teach; because our history spans from subjects to subjects and themes to themes.

For example, the ‘fact’ that the Wright brothers had invented the airplane, has been fed into our minds at a very tender age. I myself was of the same view until recently, when I discovered that Abbas ibn Firnas had already pioneered the flight system 1000 years before the Wright brothers.

Moreover, a teacher can expose the truth behind the fabricated lies that fill our educational books.

Can education be called a lie? Well in certain topics, they definitely do lie.

For instance, the renowned Darwin’s theory proposed by the celebrated Charles Darwin, insinuates that humans and apes have evolved from the same ancestor. A theory that defies human logic, a theory that fails to explain and justify why there are still apes existing and why they haven’t yet evolved into humans. A memory of my Biology teacher lingers, as she was once describing the theory to us, she did explain the whole thing to us, but not without concluding the class by telling us that she didn’t believe the theory and as Muslims we all are from the progeny of Adam (Peace be upon him). It does take courage to expose the truth, especially if we happen to be in a non- Muslim school, but the action done subtly and with wisdom does ensure that the truth gets past across the façade of lies into the hearts of the children.

These are just a few examples and the spring of Islamic knowledge that a teacher can use in her own specific field, there are many more examples that gush endlessly.

Apart from imparting the knowledge that she has been enlisted to teach, a teacher always has to remember that she is a Muslim, irrespective of where she is, whether she happens to be at her workplace or at home and furthermore Da’wah is a part of a Muslim’s life.

One has to remember that Islam is not a flavour; to enjoy when we want and to leave when we feel like it, rather it is a practical application in our daily day to day lives.