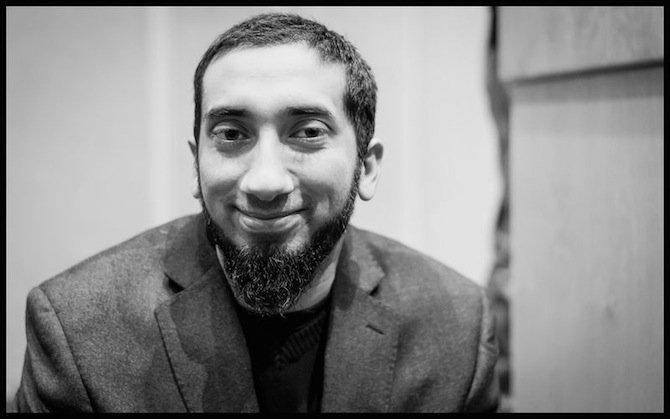 One of the most important things we should all learn (this author included) is how to properly utilize our time online. What better to do than take advantage of the Internet and learn more about our own religion online?

This article, the first in DJ’s series about Spirituality Online, is about one of the most dynamic and knowledgeable speakers to emerge in recent years: Nouman Ali Khan. His many online lectures on diverse subjects such as interpretation of the Qur’an, ethics, and adjusting to intricacies of modern life as a Muslim, have countless views and thousands of subscribers. This popularity results from his singularly thoughtful depiction of the issues at hand as well as his humorous personality. Khan, who does not describe himself as an Islamic scholar but as an Arabic teacher, has a background that allows him to sympathize and connect with today’s youth in a unique way.

He spent his early years in Saudi Arabia, where he first studied Arabic, and then returned to his homeland, Pakistan, before immigrating to the United States as a junior high school student. The resulting cultural shock cracked a huge fissure in his sense of religion. He later renewed his faith and began an even deeper and more intensive study of the Arabic language and of the Qur’an under several knowledgeable teachers.

Today, this background, combined with an instinctive sense of how to best engage audiences, has made him one of the most well known speakers on modern issues concerning the worldwide Muslim community. He engages his audiences, by cracking jokes one moment and turning solemn the next as appropriate, while discussing subjects most self-professed scholars shy away from.

His videos on Qur’anic interpretation are exceptional in focusing purely on Arabic linguistic analysis: a sophisticated symbiosis of grammar and morphology, the roots of Arabic words, and then tying it all together.

His videos bring about an appreciation for the intricate subtleties of meanings in the Qur’an. Now, as head of the Bayyinah Institute, he leads the yearly Bayyinah Dream Program, which is a nine-month in-depth study of Arabic through the lens of the Qur’an conducted in Dallas, Texas. For those who can’t make it to Dallas, and for whom YouTube videos are not enough, the Bayyinah Qur’an Intensive offers subscription-based rigorous Qur’anic interpretation and Arabic courses online.

When coming across the verse, “Do they not reflect upon the Qur’an, or are there locks upon their hearts?” (47:24), we often don’t know how to quite answer ourselves. True reflection on the Qur’an only comes with genuine pursuit of knowledge; Khan’s endeavors, with Allah’s grace, can enable us all to do just that.