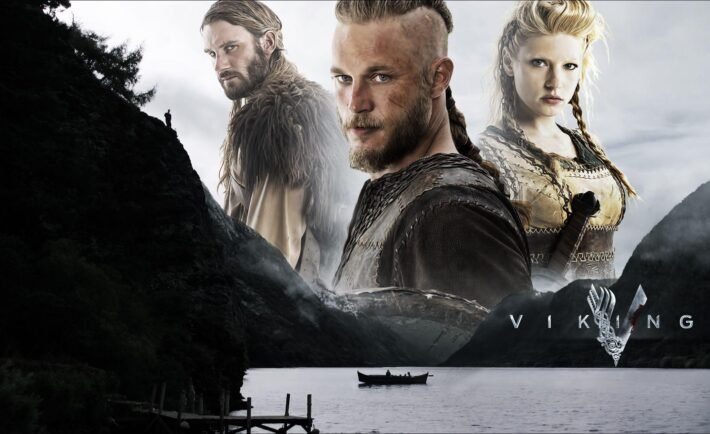 The bloodthirsty sagas of Ragnar and his tribe (Seasons 1 – 2)

I may have joined the Vikings bandwagon late, but it was worth it!

Vikings takes us back in time to the life of viking Ragnar Lothbrok and his tribe. With the bloodthirsty and twisted trip, we hop on a journey of exploration and of course ‘raiding’ what’s beyond the shores across the ocean from Kattegat.

If you are not friends with spoilers, be aware as this one is filled with some. 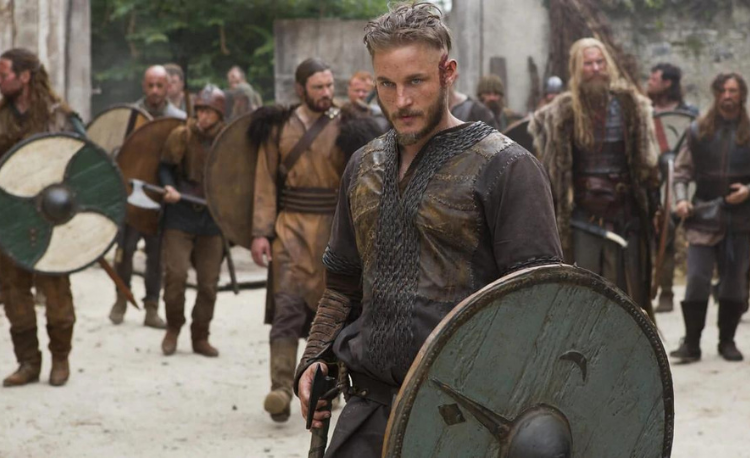 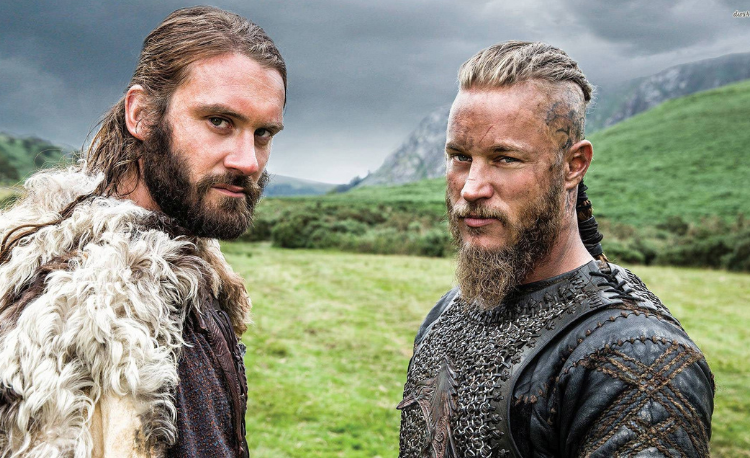 We can also give a big tick next to the box marked Religion, as we can not deny the strong link that the Vikings have to their Nordic religion. Their loyalty to Odin and their trust to the Seer is undeniably one of the strongest traits that we stumble upon in the show.

Another important aspect noticeable about the Vikings is the fact that they do not fear death. In fact, it is like handing a candy to a child; why? Because it builds up an excitement and honor knowing they will meet with Odin and the gods one day.

Who were the Vikings?

Alongside a compelling story, Vikings includes a well cast list of characters, each creating their personas and drive. The shieldmaiden, Lagertha, is as powerful and motivated as her husband, Ragnar. Rollo is a fierce fighter who is affected by being overshadowed by his brother, Ragnar. Bjorn Ironside is known for being the oldest son of Ragnar, and often described as even stronger than him. And Ragnar? Well, he is another story. He is the Viking hero and the most famous viking of all time. Throughout the show, we encounter a tribe of characters who each stand out in their own way.

“Here is the story of the world. Make what use of it you can.”- The Seer

What exactly was the story of the Seer? Well, with his deformed and disturbing appearance we were introduced to the Seer as a character with Shamanic abilities including visions, which makes him one of the most admired characters in Kattegat. His perception is recognized as if he is mounting two worlds while being in contact with the gods. This makes him not only valued in the eyes of his tribe but also essential throughout their saga. The vikings usually turn to the Seer for the sake of translating the gods’ wishes. 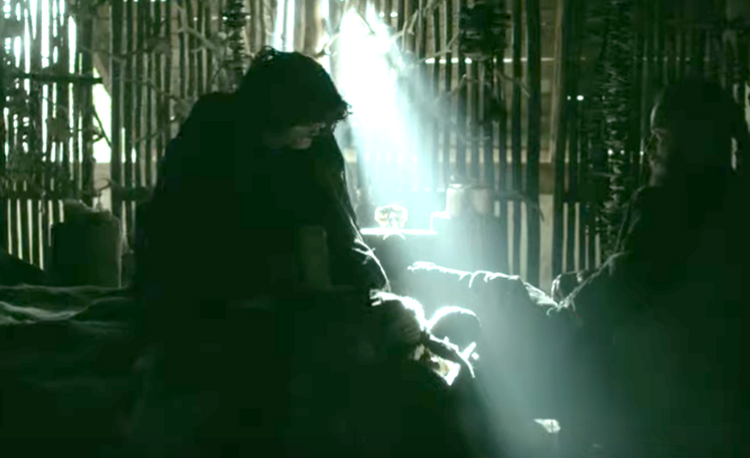 “Don’t waste your time looking back. You’re not going that way.” – Rangar

Teleporting us back to 793 and the start of the Vikings era, the series begins with a battle, where Michael Hirst introduces us to the world’s duo, Ragnar and his brother Rollo.

As we hop on the journey with Ragnar Lothbrok, we learn that Vikings is a brutal and violent take onto the lives of history’s first Norsemen. With Michael Hirts’s aim to create an accurate representation towards the history of the Vikings, this show is definitely on the top of our list. As we progressed through the seasons, we were immersed more into the accuracy and the blending of the show’s narrative with the Norsemen’s reality. The first season builds a realization that we will embark on a long journey with these characters.

In Kattegat, Scandinavia, we are greeted by Ragnar’s family and get to witness his parenting skills, which include knocking his son in the head with a shield as a form of creating a warrior out of a man. One thing we admire most about Ragnar is the effort he made  to create the best out of his children, and his persistence to always learn more. 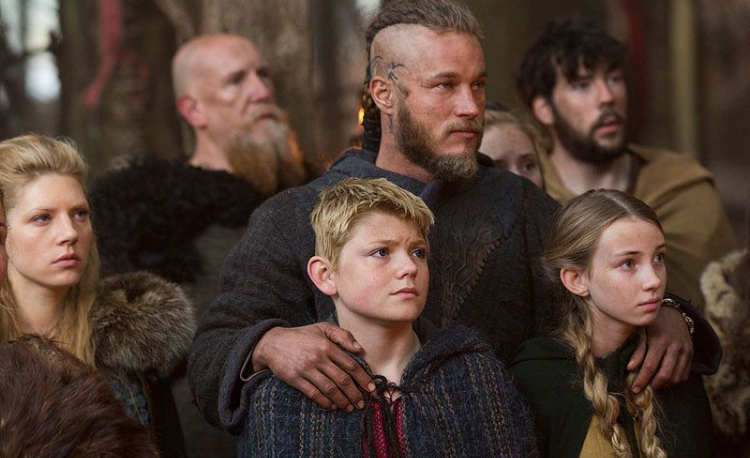 The story begins with the warrior, family man, and farmer, Ragnar Lothbrok and his first journey across the ocean where they dock in England and end up gathering a monastery back to Kattegat along with a monk with the name of Athelstan who becomes a slave and grows on Ragnar becoming a great confidant. Who was the only threat for Ragnar? Earl Haraldson of course. After their raid in England, a series of events evolved creating a serious rivalry between Lothbrok and Earl Haraldson. With his hunger and desire of becoming Earl, in the ‘Burial of the Death’ episode, we said goodbye to Earl Haraldson with a one-way ticket to Valhalla, and hello to the new and updated version, Earl Ragnar. 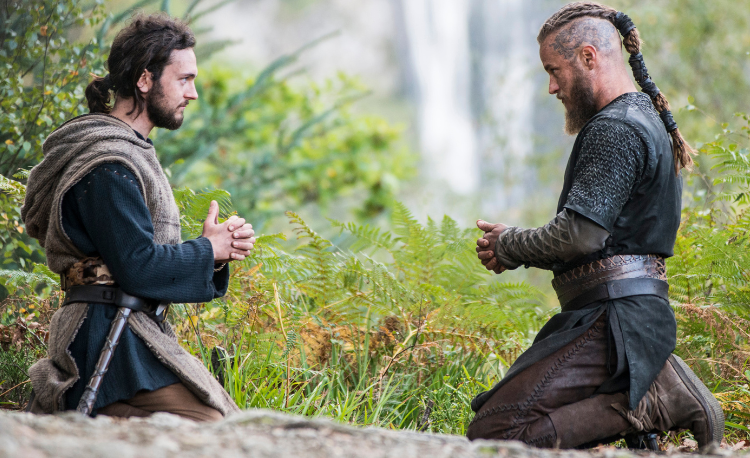 The constant violence, drama, and political intrigue, are subplots that differentiate the show from any other. 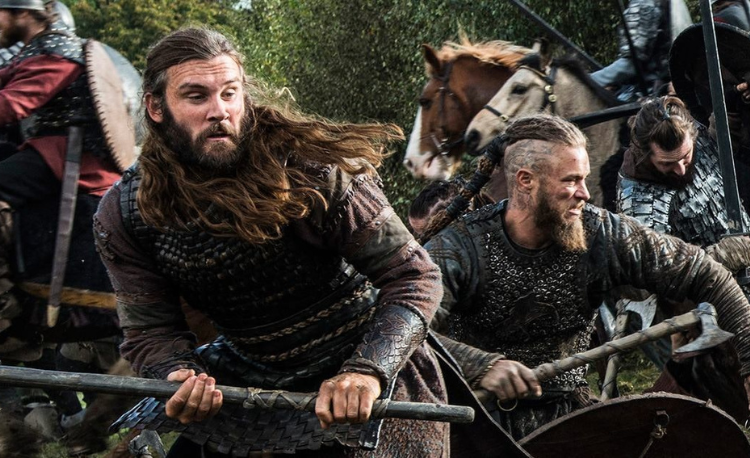 “When the spring comes, and my blood heats up, I want nothing more than to raid and fight.”- Bjorn Ironside

Picking up where season 1 left off, the second season constructed an ocean of more battles/raids and was a host of new and returning characters. It deals with faith, family, and the Vikings’ international relations. Grab your popcorn and shield, because this season was remarkable with the script writing and cinematic approach. With more battles this year, the camera work is again undeniably breathtaking as we get to see chunks of mud fly through the air and bloody faces clearly in pain, and touched by adrenaline-fuelled soundtracks, it’s during these battles that Vikings creates an impact to every viewer. There’s an interesting exploration and look into morality, which raises a question to whether Ragnar’s actions are good or bad.

This season paints the scenario of Ragnar’s struggles with his rival Vikings and his rise from being Earl to becoming King. The Vikings raid farther into England, this time to Wessex instead of Northumbria and for the first time, they are offered land for settlement by King Ecbert of Wessex. 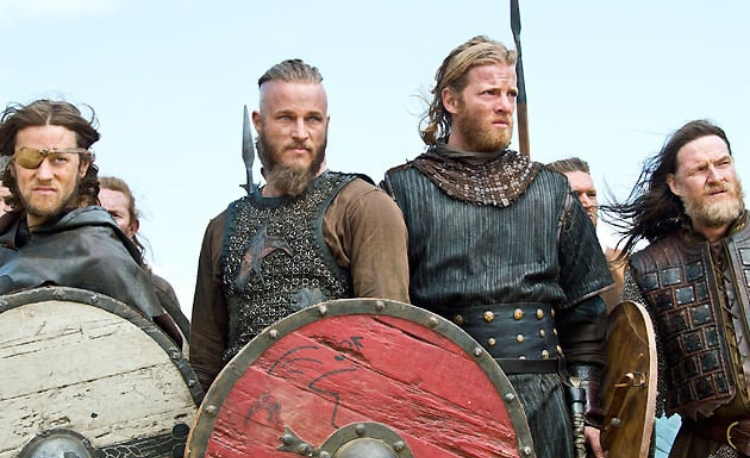 The plot in the second season skips four years giving Vikings a new chapter in their lives. The majority of this season, we encounter violent fights and bloody battles between Ragnar, King Horik, and Jarl Borg that end with a climactic kill. With the action-packed season and multiple battles that stand out, it’s ultimately the way Vikings focuses on its characters that help make it such an endearing show. Especially with Bjorn, we get the chance to watch him grow and turn into a great powerful warrior from the first season up until the very last. 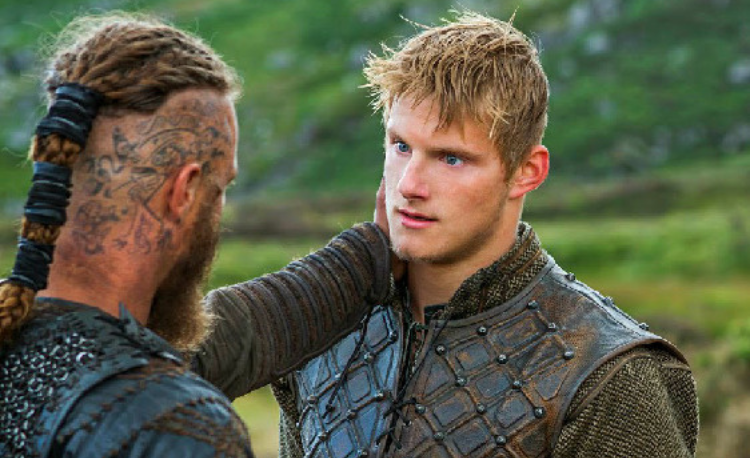 Vikings is simply a remarkably made show through its interesting characters, costume design, breathtaking scenery and graphic glory that transports you. This show does a great job in telling its story without ever misleading us. In which direction do you think Ragnar’s interest in the Christian faith and Athelstan’s influence will lead? What will happen to the sons of Ragnar? Season 3,4,5,6 has a lot in store. 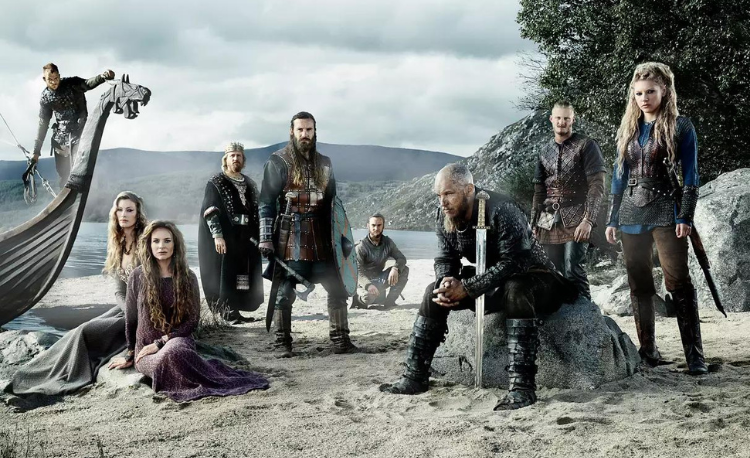 Sincere note to the creator, you have created a show that will be talked about for years to come.

Did you know that the real life Vikings created some of the words we use today? Words including ‘anger’ for one, which derives from the Old Norse ‘angr’ or ‘ǫngr’ translating to sorrow. Without our Viking friends, we would not have the words ‘hit’, ‘knife’ ‘club’, ‘gun’, ‘ransack’ or ‘slaughter’, and many more.