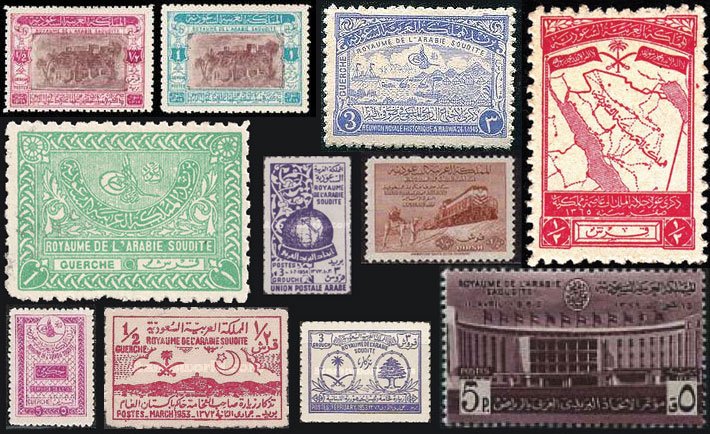 Ever since the first postage stamps were issued in the country back in 1934, stamp collectors around the globe have been collecting the stamps that Saudi Arabia has issued over the years.

Regular issues have continued since then and postage stamps with new designs keep being released until the present time. Stamps in Saudi Arabia mostly cover important events of the country and continue in long-running definitive series. The Saudi postage stamps serve us a symbol/ambassador of the country that beautifully express its landmarks, heritage and notable people. These stamps issued in pre-1960 Saudi Arabia, give us a brief understanding of significant moments in those years .