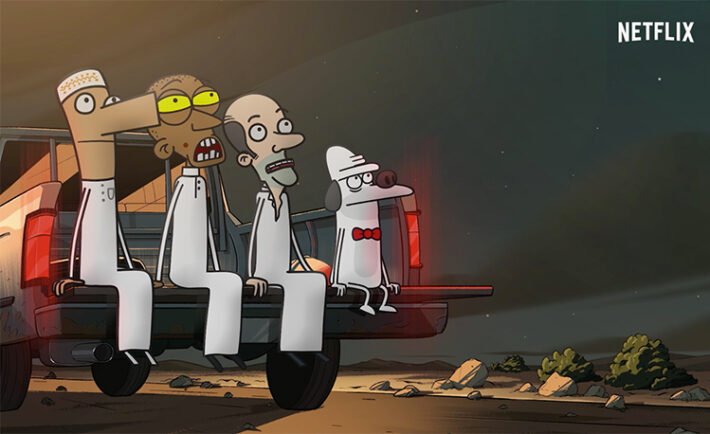 Netflix, the world’s leading streaming entertainment service, announced the release date for the new and exclusive season of Masameer “Masameer County”; which is considered as a new season and not a continuation of the previous seasons. The series will be available exclusively on Netflix on the 30th of June, 2021.

The new season is packed with fun and adventure; offering a humorous view on the changing Saudi and follows the Masaamer gang as they venture into a global media war, a long-standing tribal feud, and a health craze gone too far. “Masameer County” will air over 8 episodes exclusively on Netflix.

It is worth mentioning that Netflix has announced a five-year exclusive partnership with Saudi Arabian animation studio Myrkott last year to produce Saudi-focused shows and films.

A humorous view on a changing Saudi, this season includes stories about a global media war, a long-standing tribal feud, and a health craze gone too far.