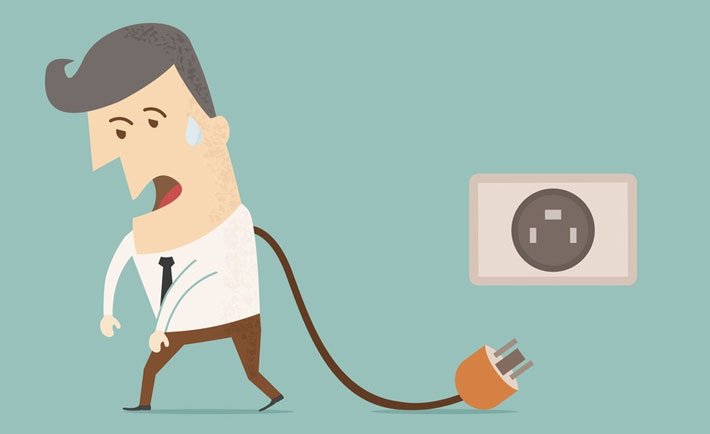 I had always been intrigued by the idea of a technology cleanse – of going days without checking my email, without Google, Facebook, Snapchat and Instagram.

While I’d been thinking about it on and off for months, I was never really brave enough to go ahead with it. So on a Thursday morning in Ramadan, post-Suhoor, on a whim I decided to turn off my Wi-Fi, I kept my phone in the living room before I went to bed and hoped for the best.

Almost immediately after abandoning my phone, I picked up my notebook and pen – tools I’ve virtually replaced with the notes app on my phone. I wrote down my expected challenges: I was going to miss Google, WhatsApp, the notes app and using my phone as a watch and torch. I decided I would only use my phone to receive calls and reply to conventional texts.

Fast forward to the afternoon and I was still enjoying every phone free minute, I woke up earlier as I hadn’t wasted time scrolling through my phone before getting out of bed and also because I didn’t even know what time it was. I realized I didn’t miss my notes app at all, as I really loved using my actual notebook every time I had something to jot down.

We were hosting an Iftar dinner, so between that and a one year old, I was busy, busy, busy and had absolutely no time to check or even miss my phone. A plus point though, as I didn’t waste any time at all on my phone I managed to get a nap in before the guests arrived which would have been impossible if I had my phone with me. I realized just how many sleep opportunities I wasted because I thought I’d watch just this last video or send one more text.

I missed talking to my friends and keeping my family updated on my daughter, Hana’s daily antics, but I did not miss Google or Facebook as much as I thought I would. I did miss using Google as a dictionary or thesaurus but that’s about it.

However, late afternoon I did have to send a thank you message on WhatsApp. For some reason, I was convinced it would be weird to call as we were still acquaintances and waiting another couple of days until the end of the cleanse was not an option.

Still, Saturday was my absolute favorite day of the cleanse, I managed to write a 1000 words for a short story competition I was hoping to take part in but did not have a story for. I had had the basic idea for months and all of a sudden, on Saturday, the story was flowing and it was awesome.

On Sunday, I was alone at home with my baby after months and so had absolutely no time for anything. I couldn’t have cared less about my phone this day.

I was slightly sad to see the end of the cleanse but I also really wanted to catch up with my emails and messages. I realized how easy it was to slip into routine that night when I fervently replied to all my favorite people, went through all the videos and pictures I’d been sent and was half way through my Facebook newsfeed when I felt so bombarded with useless articles and advertisements and updates on things (and people) I didn’t really care about.

I realized that while there’s an urgent need to disconnect from our phones in order to connect with the concrete, there’s no running away from it completely – we simply need to learn where and when to turn it off and put it away.