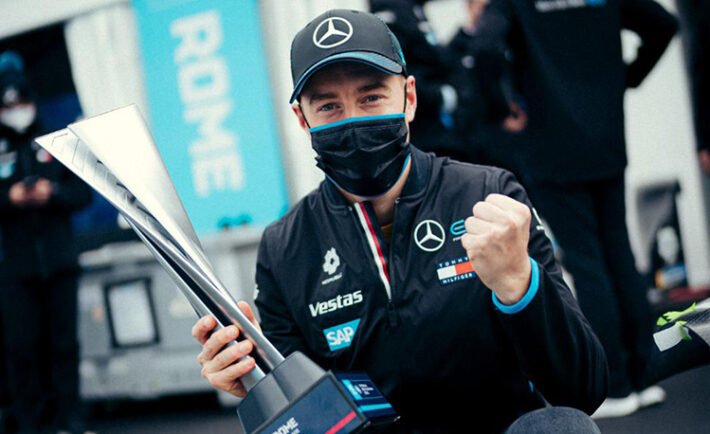 NEOM, Principal Partner of the Mercedes-EQ Formula E Team, congratulates Stoffel Vandoorne on his first race victory of Season 7 at the Rome E-Prix.

NEOM, Saudi Arabia. April 11, 2021: The Mercedes-EQ Formula E Team, proudly supported by NEOM, celebrated a great result after a challenging race weekend with a first-place finish for Stoffel Vandoorne at race two of the Rome E-Prix.

The German racing team is off to a good start in the ABB FIA Formula E World Championship, building on Nyck De Vries’ race win at the Season opener held in Diriyah, Saudi Arabia in late February.

Mercedes-EQ Formula E Team Driver, Stoffel Vandoorne bounced back from a disappointing first race in Rome on Saturday to fight his way from fourth to the front, securing a memorable victory in Round 4 at Rome’s Circuito Cittadino dell’EUR, putting himself into championship contention having started the day 15th in the driver standings. 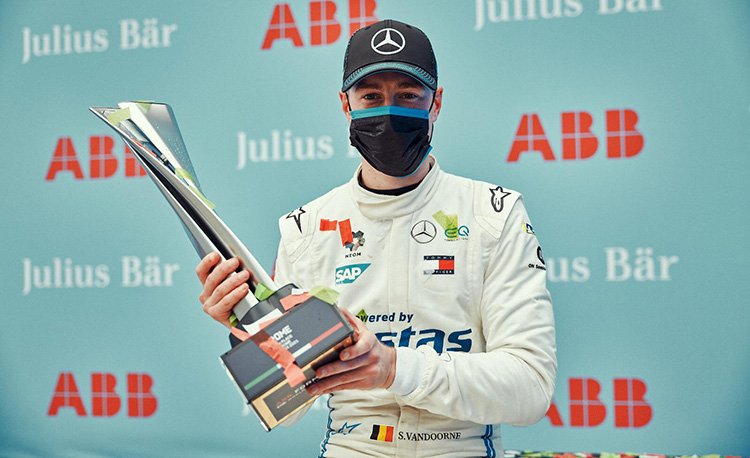 NEOM residents had the opportunity to witness Stoffel’s prowess behind the wheel back in December 2020 during a pre-season drive around NEOM, which is currently under development in Saudi Arabia’s north-west region as part of the Kingdom’s Vision 2030 initiative. That was the first time an all-electric vehicle had taken to the streets of NEOM, providing a glimpse into the future of mobility and sustainability.

Stoffel Vandoorne, Mercedes-EQ Formula E Team Driver said: “What an amazing victory! It makes up for what happened yesterday. To end the weekend on such a high today feels fantastic. I would like to thank everyone in the team and especially my mechanics, who had their work cut out to get the car fixed after the accident. But everything was just perfect today, including the team’s strategy, which helped me get the drop on Sims (Mahindra Racing Driver).”

“I wasn’t sure what to expect during the safety car period just before the end but still had fan boost, so I could defend my position. It didn’t feel exactly great after comfortably being in the lead, but I didn’t put a foot wrong over the final lap and managed to secure the win, which is what counts in the end.”

Jan Paterson, Managing Director of Sport at NEOM, said: “It’s brilliant to see yet another strong performance from the Mercedes-EQ Formula E Team. We’re excited to see the team at the top end of the standings in just their second season in Formula E. NEOM is striving to become a major participant in the world’s sporting landscape and our partnership with the team is providing us with a unique opportunity to tap into an organization which is relentless in their pursuit of excellence.”