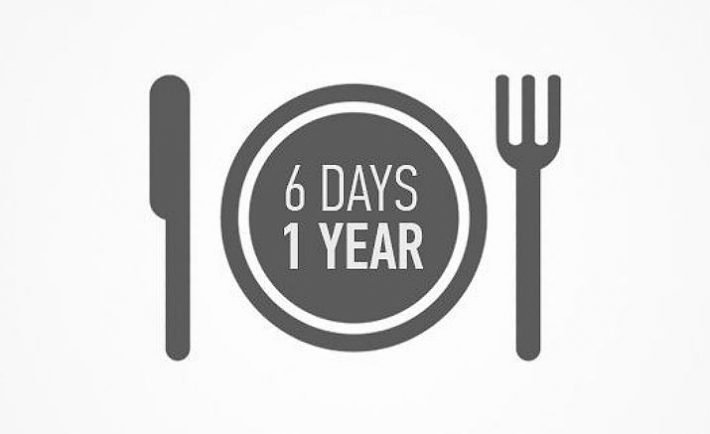 Before you freak out and close this page, let me tell you:

“A person who performs fasting in Ramadan and then adds six more days in Shawwal is regarded as if he has performed fasting in the whole year (in terms of reward).” [Muslim 204 (1164)]

Now most of us would say, I’m happy just to have got Ramadan in the bank! That is fine as fasting six days of Shawwal after the obligatory fast of Ramadan is Sunnah, not wajib. However, it is recommended for the Muslim to fast six days of Shawwal, and in this, there is a great virtue and an immense reward. So why miss the opportunity?

The reward for fasting the six days:

“Allah has made for each good deed ten like it, so a month is like fasting ten months, and fasting six days completes the year.” (Nisaa’i and Ibn Maajah).

Another important benefit of fasting six days of Shawwal is that it makes up for any shortcoming in a person’s obligatory Ramadan fasts because no one is free of shortcomings or sins that have a negative effect on his fasting.

Isn’t that fair enough now to take benefit of this?

There is difference of opinion on whether you should complete any missed fasts of Ramadan before fasting the six of Shawwal. Some scholars say that you have to make up the missed fasts of Ramadan first as that’s what the deal is all about. On the other hand, other scholars have said that if there are too many and it will push you over, then fast 6 days of Shawwal first. And Allah knows best. This is more applicable to women than men (as men typically have no fasts to make up).

Tip: Pick up a bonus of fasting the 13th, 14th and 15th of Shawwal which are the “three white days” of the month. Combine those intentions and maximize that reward!