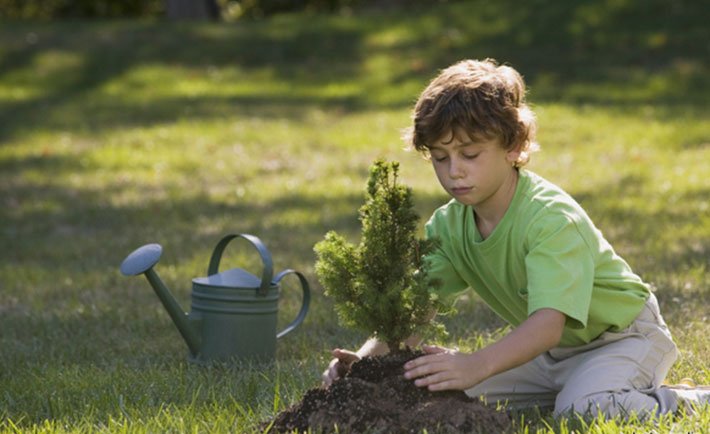 What role does a Productive Muslim play in safeguarding the environment, and what are the benefits and rewards of taking steps (even if they are small ones) in order to preserve some of the most important treasures Allah has blessed us with?

Doing your bit for the environment might initially seem a little too difficult, but doing so with the right intentions, of pleasing Allah, will never go unnoticed. While just talking about how quickly the Earth’s resources are becoming depleting is easy, actually doing what you can to save the environment makes productive Muslims stand out from the crowd.

You can start by helping conserve water. We are all aware of how crucial water is to our survival, but we tend to take it for granted. Abdullah bin Amr bin Al-Aas reported that the Prophet (PBUH) passed one day by Sa’d ibn Abi Waqas while he was performing wudu.’ The Prophet (PBUH) asked Sa’d: “What is this wastage?” Sa`d replied: “Is there wastage in wudu also?” The Prophet said, “Yes, even if you are at a flowing river.” [Bin Majah] Subhan Allah! When was the last time we thought about making eco-friendly wudu?!

We should also preserve food. We often tend to cook much more than what’s needed; leaving the leftovers in the refrigerator (resulting in unwanted power consumption) or throwing them away (in effect, neglecting the rizq that Allah has provided) will become inevitable. Abdullah bin ‘Abbas reported that the Prophet (PBUH) said: “The believer is not he who eats his fill while his neighbor is hungry.” [Al Adab Al Mufrad] While you may not be living in a locality where your neighbors are hungry, you probably do come across people down the street who are in dire need of a few morsels. So, if you do have leftover food, try giving it to them when the food is fresh instead of passing it over when it has become stale. Like the Prophet (PBUH) said: “Love for your brother what you love for yourself!” [Tirmidhi]

Alternatively, you could use that food to feed the animals. Abu Hurairah narrated that the Prophet (PBUH) said: “A man felt very thirsty while he was on the way; there he came across a well. He went down the well, quenched his thirst and came out. Meanwhile, he saw a dog panting and licking mud because of its excessive thirst. He said to himself, “This dog is suffering from thirst as I did.” So, he went down the well again, filled his shoe with water, held it with his mouth and watered the dog. Allah appreciated him for that deed and forgave him.” The Companions said, ”O Allah’s Messenger! Is there a reward for us in serving the animals?” He replied: ”There is a reward for serving any living being.” [Bukhari]

Maintaining the environment is a type of charity. Many times, we wonder how and where we could give charity. The possibilities are limitless. Abu Hurayrah reported that the Prophet (PBUH) said: “Removing harmful things from the road is an act of charity (sadaqah).” [Riyadh As Saliheen] We often see public places littered with useless substances. You may see a stone, a branch, or anything that is obstructing the pathway and could cause potential harm to someone. Why not remove it from the way to earn some rewards?

Moreover, planting trees is considered an investment of a lifetime. You may have read an umpteen number of articles on why and how you must plant trees, along with the numerous environmental benefits associated with that. Here, we’ll look at the Islamic benefits of planting trees. Prophet (PBUH) said: “If a Muslim plants a tree or sows seeds, and then a bird, or a person or an animal eats from it, it is regarded as a charitable gift (sadaqah) for him.” [Bukhari] So, if you don’t have the means to donate money for building a mosque or a well, and if you don’t have the time to impart beneficial knowledge to someone, you could still earn sadaqah jariya (continuous charity) by doing something as simple as planting a tree! Every time a person or animal benefits from the shade the tree provides or by relishing a fruit that was produced by it, you would be earning exponential rewards, even after your death! So, take your family out and plant away.

Safeguarding and doing our bit for the environment by taking care of the resources Allah has subjected to our service is a beautiful way of showing our gratitude towards Allah. Being a part of this blessed religion allows us to earn magnanimous rewards in numerous ways.

By using several ahadith of our Prophet (PBUH) stressing on making conscious efforts to conserve our environment, I hope to have inspired you to take these small, yet crucial steps in doing whatever you can to preserve our surroundings and make Allah happy with you, In sha Allah.