Is this an illusion, or did Game of Thrones actually make us happy this episode? I’m not complaining, just surprised by how Game of Thrones writers manage to make us believe that sad events are the norm in Westeros.

Again, not complaining. May we live to see another happy occurrence when the new Lord Bolton gets eaten by his own hounds.

I always thought that Ramsey’s only weakness was his father. I guess he got over that one. Was the touching scene in season four when Ramsay was legitimized an act for his father? Did he despise his father all along, or was he just spooked by the prospect of losing power?

In the first season six trailer, we see the Mormonts of Bear Island’s banners behind Davos. The Mormonts are loyal to Starks, which makes us assume that Davos will be running errands and collecting an army of pro Stark northerns to gain back the North.

The Last Hearth, the seat of House Umber (now Ramsay Bolton’s allies!), is where Rickon Stark and Osha went in season four. We’ve been wondering what happened to little Rickon. Well, it looks like the little wolf might be a gift to the new Lord Bolton. Maybe even to be used as leverage against the Starks.

There are so many questions surrounding the fate of Jon Snow. This man is certainly very popular. I mean, the dude died and came back to life! How awesome is that! The guy is technically released from his oath so he can definitely be a Stark, take over Winterfell, and can still be the Lord Commander of the Night’s Watch. It doesn’t hurt that he has a bring-me-back-to-life machine at his disposal either. 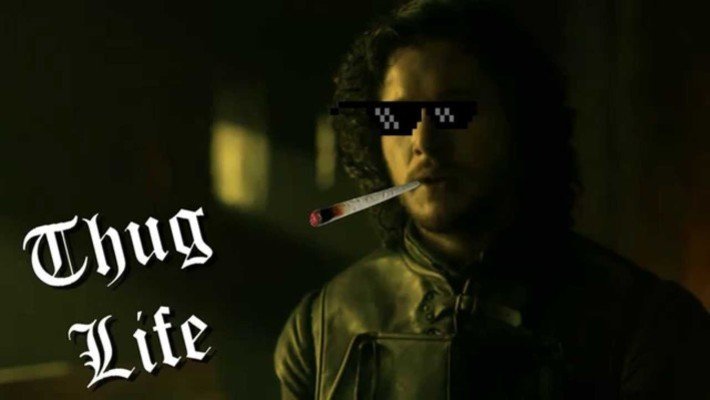 Stark and/or Jon Snow to defeat the Boltons. Or the one Bolton (Because… You know… He killed the rest).

Can we talk about another Lannister for a second. I mean seriously, who would gamble with their life by entering a dungeon, where two mad and hungry dragons reside, just tell them he’s mommy’s friend? Just don’t get yourself killed Tyrion. Good Lannisters are in short supply. 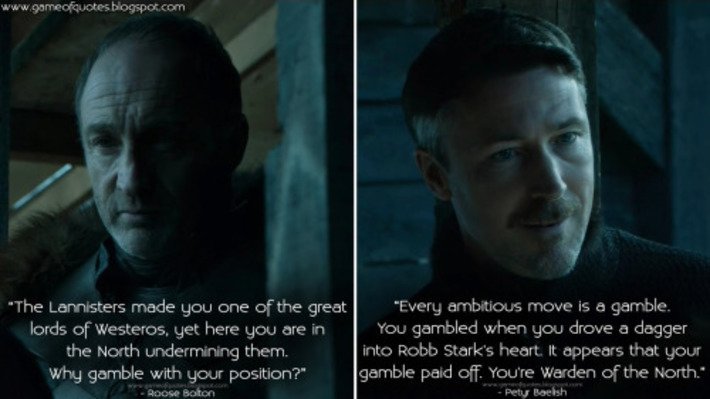 Speaking of gambling, I can’t help but wonder where Little Finger is in all of this. And I seriously have no clue or prediction whatsoever. Baelish is a man of mystery, and his storyline, as well as his motives, are often unpredictable. Let’s hope that never changes.

Let’s also give a shout out to Sam (whom I hope we don’t see this season because we were overdosed with him in season five) for dropping the biggest hint about Jon Snow.