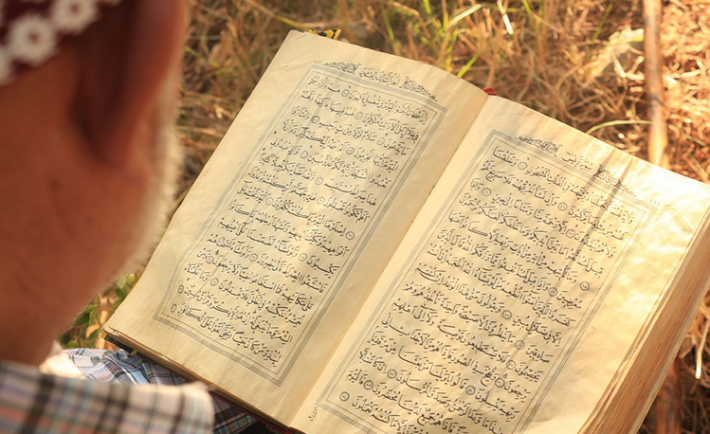 The fleeting life of this world is a test for each one of us. A day will come when the whole universe will be annihilated and the dead resurrected for judgment. This day will be the beginning of a never-ending life. This day is the Day of Judgment! We will be called to give our accounts individually. Imagine how dreadful and horrendous it would be, to see that our bad deeds outweigh our good and we can’t even weasel a way out of it. The only thing we can do to save ourselves is to take control of our account beforehand and prepare to stand before Allah on that day. The duty of enjoining what is right and forbidding what is wrong is especially difficult and strenuous, when practiced on one’s own self. Satan is ever prepared to defend the erring soul with countless excuses. He manipulates our minds so that we believe that what we are doing isn’t wrong and the sin we are committing is not even a sin

Mankind has been given the tools with which to distinguish right from wrong: observation, perception, conscience, judgement and emotion; all in a delicate balance. Furthermore, Allah has sent the Qur’an as a criterion, and the Prophet to teach us. A wise and prudent servant will therefore hasten to grasp every opportunity to gain good deeds.

There will be the occurrence of two signs which illustrates the evanescence of Quranic knowledge prior to the overwhelming Hour.

Narrated by Ziyad, the Prophet (peace be upon him) spoke of something and said: “It will happen when knowledge will be no more”. I said: “Allah’s Messenger, how will knowledge vanish despite the fact that we will be reciting the Quran and teaching its recitation to our children and our children will teach its recitation to their children up to the Day of Resurrection?” Thereupon he said: “I was of the opinion that you were one of those who have the greatest understanding of religion in Madinah. Do these Jews and Christians not recite the Torah and the Bible but not act according to what is contained in them?” (Ibn Majah)

Today, we muslims gain and pass Quranic knowledge through various authentic sources, but what matters is whether we follow it or not. Gaining knowledge of Islam for worldly benefits is utterly futile. The sole intention of acquiring knowledge is to act upon it, and thereby earn its rewards.

It was reported from Anas that the Prophet (peace be upon him) said: “The Hour will not come until no-one on earth says, ‘Allah, Allah’.” (Ahmad) There are two suggestions as to the meaning of the phrase, “until no-one on earth says ‘Allah, Allah.’” Firstly, it could mean that no-one will forbid evil, or try to correct another if he sees him doing something wrong. Or secondly, it could mean that Allah will no longer be mentioned, and His Name will not be known; this will be part of the prevalent corruption and Kufr.