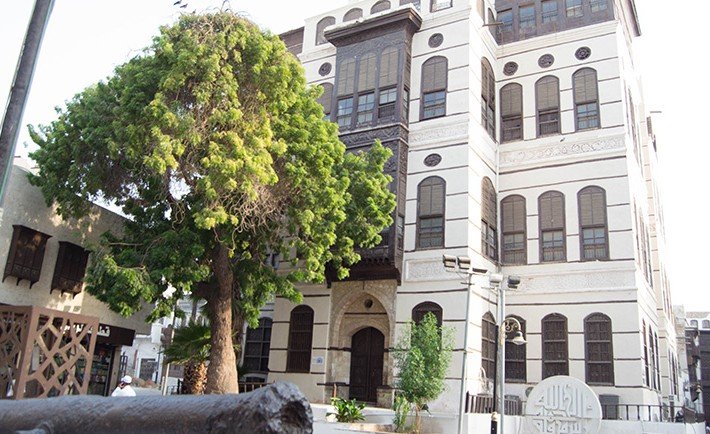 The temporary dwelling of King Abdul Aziz, this ancient merchant house in Jeddah is one of the city’s most prominent landmarks.

Nestled in the heart of Al Balad, on a location that gives the appearance of a junction of major roads, this is by far the biggest attraction in the area. Bait Al Naseef today is part of the UNESCO World Heritage Site, Historic Jeddah.

Bait Al Naseef is often the last stop on tourist circuits, as it sits deep in Al Balad. One has to pass through the narrow maze-like lanes of Al Balad and witness its various architectural marvels before seeing the grandest of them all at the last stop.

One of the most noticeable features of the building are its elegant rawasheen. The rawasheen are the wooden latticed windows that are common features of buildings that sit in the older part of Jeddah. The specialty of these windows is that they provide ample privacy and allow the cold air breeze from the sea to enter freely. 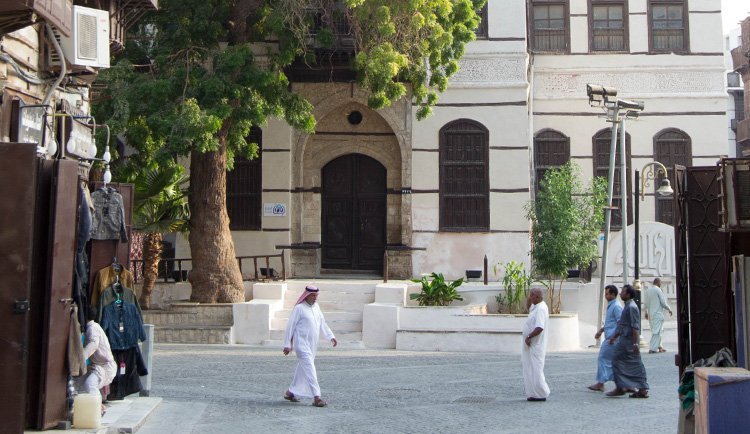 In Bait Al Naseef these rawasheen protrude out from the edifice covering much of its plastered walls in the front. The beige colored walls along with the dark brown rawasheen create a striking contrast, whilst the coral structure gives the building an aesthetic look.

The first thing that one notices after reaching Bait Al Naseef is the huge neem tree that blocks much of the view for one coming from the arterial road. Many believe that this tree is the oldest one in the city and dates back to when the building was first constructed. There are 3 cannons dating back to the Ottoman era that sit in the front of the building. 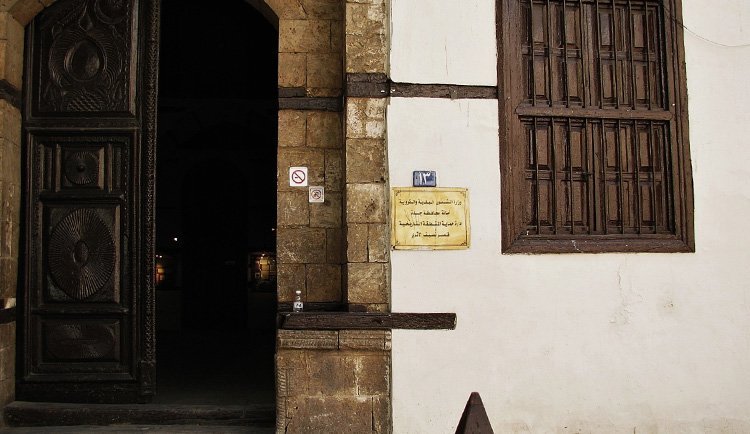 The building was constructed by the Naseef family in 1881; it took 9 years to construct. In 1925, King AbdulAziz stayed in this house and received guests here whilst the Khuzam Palace was being constructed.

The house continued to remain in possession of the Naseef family, and in 1975, it was converted into a private library. The library housed over 16,000 books at one point of time. Some of these books have found their way to the library of the King AbdulAziz University. 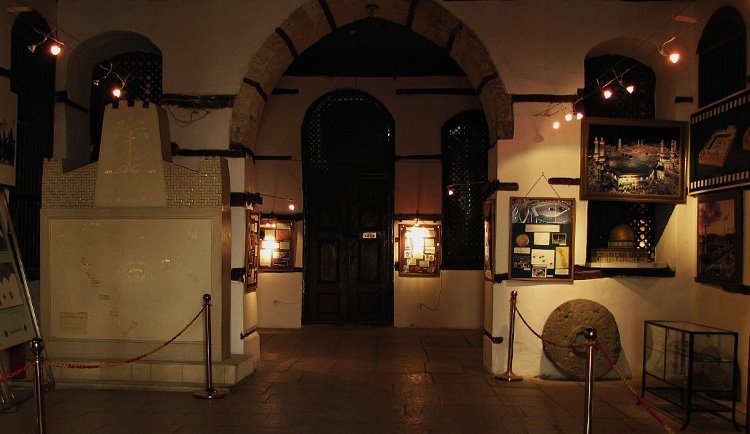 Though the architecture of the house ascribes to typical Red Sea Coastal architecture, the interior is heavily influenced by Turkish elements. The ground floor has a huge rectangular hall that has 2 entrances, in order to create separate entrances for males and females during its initial days. However, when one accesses the building from the main entrance, they’ll first pass through a dilhiz, which is a smaller hall before reaching the main hall. There are many rooms on the ground floor that open into the central hall. The total number of rooms in the building tally to 106.

If one counts the pavilion and offset and mezzanine floors, the building houses 7 floors. Today however, only the ground floor of the structure is open to tourists. It contains black and white photographs from the early days of Jeddah. Sparsely populated wide roads with hawkers and wooden carts are to be seen in many of these photos.

There are also old artifacts from the city that are housed within the building. The building functions as a mini-museum. Speaking of museums, there is another museum adjacent to Bait Al Nassef that has a larger collection of artifacts.

The viral video of BBC presenter Kate Humble feeling emotionally moved by the sound of the azan blaring from multiple minarets all at once was shot on the roof of this building.

Please bear in mind that Bait Al Naseef is not open throughout the year. One can visit it only at select times during the year such as during the Kuna Kida festival. Or if one wants to visit it during the year then they have to go with registered tour groups such as Nomad Arabia or Explorer Tours.