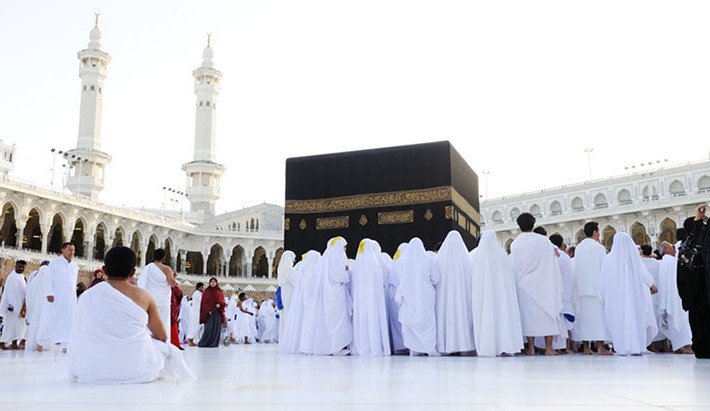 Plentiful times during tawaf and sa’ee, we have come across pilgrims holding small booklets in their hands, reciting dua after dua designated for each round. It may come as a surprise to many, but there are no specific duas associated with each round.

“It is recommended during tawaf to remember Allah and call upon Him in ways that are prescribed in the sharia. If one recites the Quran there is nothing wrong with that. There is no specific dhikr (supplications) that have been narrated from the Prophet PBUH, that he either enjoined, said or taught to others. Rather (the pilgrim) may say any dua that is prescribed in the sharia. What many people say, that there is a specific dua to be recited beneath the downspout of the Kabah and so on has no basis.”

There are however other supplications and duas that the Prophet PBUH prayed at various points during umrah, and who better than our Prophet PBUH do we have as an example to learn from. So let’s take a look at them.

1.  Before entering ihram it is recommended that one recites tasbeeh: Subhan Allah, glory be to Allah, tahleel: La ilaha ill Allah, there is no god but Allah, and takbeer: Allahu Akbar, Allah is Most Great.

The companion of the Prophet PBUH Anas RA is reported to have said: The Messenger of Allah PBUH prayed Zuhr with four rakahs when we were with him in Madinah, and he prayed Asr in Dhul Hulayfah with two rakahs, then he stayed there overnight. When morning came, he rode until he reached Al Bayda, then he praised, glorified and magnified Allah. Then he recited talbiyah with the intention of performing hajj and umrah and the people did likewise.

2. Each time one crosses the black stone he/she should recite takbeer “Allahu Akbar”.

Ibn Abbas RA has said “the Prophet PBUH circumambulated the House and every time he came to the corner (i.e. the black stone), he pointed to it with something he had in his hand and said takbeer.”

3. The Prophet PBUH used to recite the following supplication while between the Yemeni corner and the black stone during tawaf.

Narrated by Abu Dawood – 1892; classed as hasan by Shaykh Albani

4. When climbing Safa, one should recite the following verse from the Quran

It is however to be recited only the first time that one climbs the Safa Mountain.

It was narrated that Jabir ibn Abdullah said: … then he PBUH went out through the gate to Al Safa and when he drew near to Al Safa he recited: “Verily, As-Safa and Al-Marwah are of the Symbols of Allaah” [Al Baqarah 2:158 – interpretation of the meaning], (and he said:) “I begin with that with which Allah began.”
Narrated by Muslim – 1218

5. This supplication should be read 3 times each time one is at Safa

The above mentioned hadith continues “… He PBUH began with Al Safa and climbed it until he could see the house, then he turned to face the qiblah and proclaimed the oneness of Allah and magnified Him, and said: “Laa ilaaha ill-Allaah wahdahu laa shareeka lah, lahu’l-mulk wa lahu’l-hamd wa huwa ‘ala kulli shay’in qadeer; Laa ilaaha ill-Allaah wahdahu anjaza wa’dah wa nasara ‘abdah wa hazama al-ahzaaba wahdah (There is no God but Allah alone, with no partner or associate, His is the dominion and to Him be praise, and He is able to do all things; there is no god but Allah alone, He fulfilled His promises and granted victory to His slave and defeated the confederates alone).” Then he made dua between that and repeated this three times.”

6. At Marwa Mountain repeat the same as Safa Mountain

However at Marwa, do not recite the verse of the Quran, as that was done only once while at Al Safa. Each time one reaches either mountain during sa’ee then repeat the supplication mentioned above 3 times and make dua in between each.

Jabir RA said:  “Then he PBUH came down towards Al Marwah and when his feet reached the bottom of the valley he ran until the ground started to rise, then he walked until he came to Al Marwah, and he did at Al Marwah as he had done at Al Safa.” 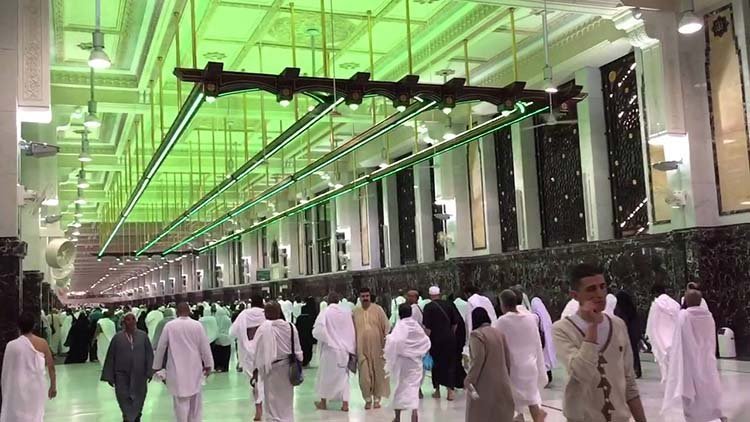