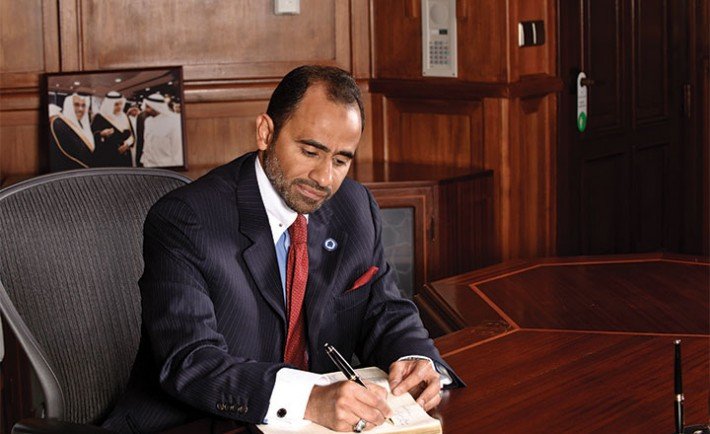 As the renowned founder of IMC, Dr. Walid Fitaihi is passionately involved in numerous philanthropic projects. His most prolific one being his show, “Mahiyayi.”

Are people ever surprised that Dr. Walid Fitaihi— an accomplished medical practitioner and founder of a state of the art medical facility is associated with a show such as Mahiyayi?
Those who are surprised are still living in the old paradigm thinking that a hospital should just deal with treating patients. But at IMC the concept is dedicated towards having a holistic mind, body and soul. Thus, the show Mahiyayi is a natural expansion of the mission of IMC.

What was the primary reason for starting this show?
The clear need for helping individuals understand their role towards their mind, body, heart and soul. In this part of the world there is a lack of such programs.

Your past two seasons have dealt with aspects of science and spirituality along with their significance in one’s life. What can we expect in the third season due to air this Ramadan?
This season is what can be called ‘the jewel’ of Mahiyayi so far. In this season, I’m not lecturing, nor am I trying to educate people on what to do, rather it’s a conversation with one’s self. The spotlight is on ego, which everyone has in some form or another. This in reality is your true enemy; if every person understands why ego is their enemy, their lives would change drastically. My target is to raise the conscious of human beings across the globe. I’m not speaking here only to Gulf citizens or Arabs in general; I’m speaking here to the conscious of every individual worldwide. And to do so, we have plans to air the show in numerous languages.

In which way do you believe that Mahyayi has added value to people’s lives?
We do get a slight understanding of how it affects people’s lives through the responses we receive on social media, and I thank Allah (SWT) for guiding us. Moreover, I believe that the long-term effects of Mahyayi on people’s lives are much more significant.

How does your experience as a successful entrepreneur help your work as a philanthropist?
What upsets me is that the majority of CEOs have very good companies which conduct their activities in a highly professional manner, but when it comes to non-profits or charitable projects, they don’t function as efficiently. It’s almost as if such activities are secondary. I’ve been trying to instill professionalism in such projects on a personal level.

Looking ahead, what are your future philanthropic plans?
We are trying to build an academy as a spin-off of Mahiyayi in which we plan to have a collection of books and prepare a set of knowledgeable teachers.

I also run an Islamic cultural center in Boston, which is now being expanded to house a university by the name of Imam Institution. It will prepare Imams to communicate with the people of the Book.

Moreover, we plan on establishing a non-profit medical school in Jeddah, which will emphasize on bringing out a new generation of doctors.

On top of that we are expanding the IMC hospital hoping it would further revolutionize health services and patient care.