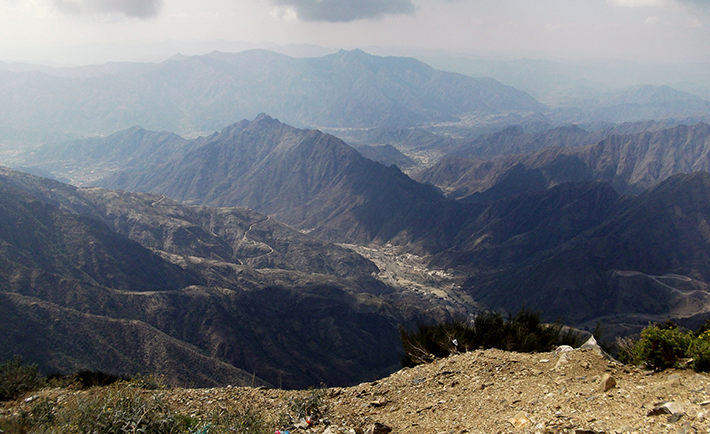 1. See the Landscape from the Tallest Peak of the Country

Reaching a whopping height of 9,843 feet, Jabal Souda is widely believed to be the tallest peak in the Kingdom. Once atop this peak, you’ll forget for a moment that you’re in Saudi Arabia. Rugged yet beautiful mountains pervade the backdrop, misty clouds  comb the hills and snaking roads pass through the precarious mountainscape. 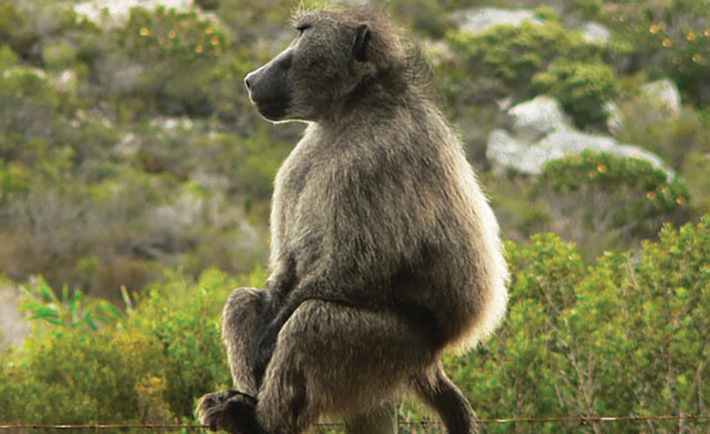 These baboons are native to the region. They dwell in the mountain ranges and can be found in hordes on the outskirts of Abha. Feeding these baboons is a popular pastime for tourists. These mammals eat almost all types of food that is given to them. You can even give them a closed water bottle and see how they open it and drink it or watch how they open a packet of biscuits and enjoy its sugary coating. 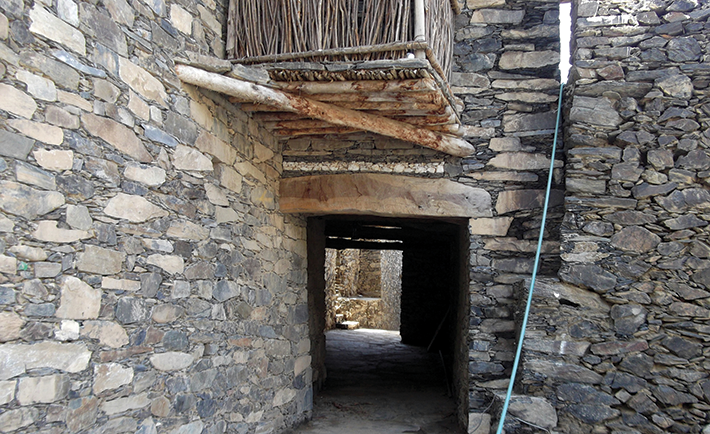 In and around Abha, every now and then one will come across pockets of age-old houses, some of which are over 300 years old. These houses used indigenous construction techniques as per the raw materials available at their disposal. Today, some of these houses have been renovated to allow for modern amenities like air conditioning systems and electrical cables to be installed, which makes for an interesting sight of how the past is integrated with the present. 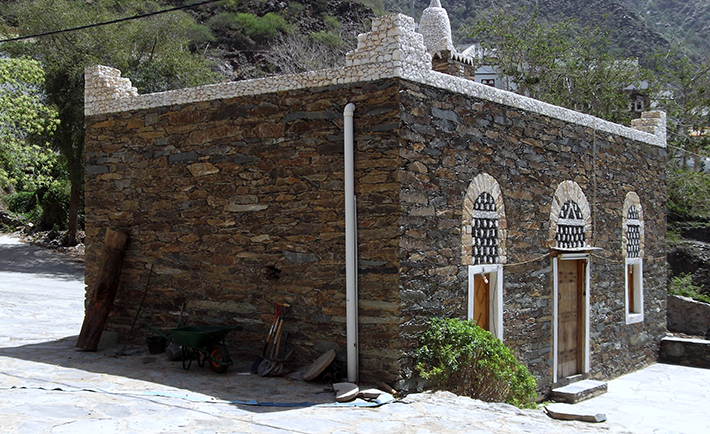 4. Eat Fresh Produce From the Farms

Abha’s farms are unique. While much of Saudi Arabia is known for its drip irrigated farms, in Abha crops are grown on terraced farms. As Abha receives a decent amount of rainfall, the farmers capitalized on this particular farming technique that allows them to fight surface runoffs and retain water at the same time. The farms, however, end up looking like a series of steps. Eating the fresh local produce from them should definitely be on a bucket list for all visiting Abha. 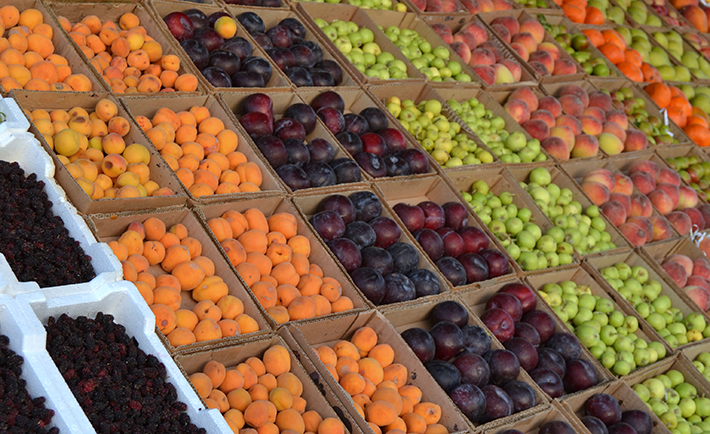 5. Dine by the Clouds at the Green Mountain

It’s more like a hill rather than a mountain that sits right in the core of the city. There is a restaurant on top of the hill that offers breathtaking views and is at times surrounded by fog. It is one of those places where the location presides over the food. At night, the hill is lit by a green light, hence the name ‘Green Mountain’. 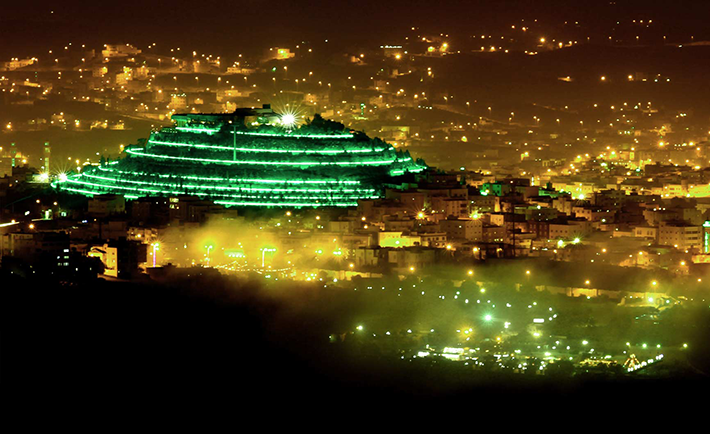 6. Plunge Down to the Hanging Village of Habalah

Clinging to a cliff face, this village is found in one of the last places where one would expect to find habitation. It is commonly believed that a location like this was used to settle so as hide from the invading armies of the Ottomans. Hide it did and
did it well, remaining a mystery for a long time. Today, the only means to access the isolated abode is via a cable car that plunges 300 meters downwards to the base of the village. 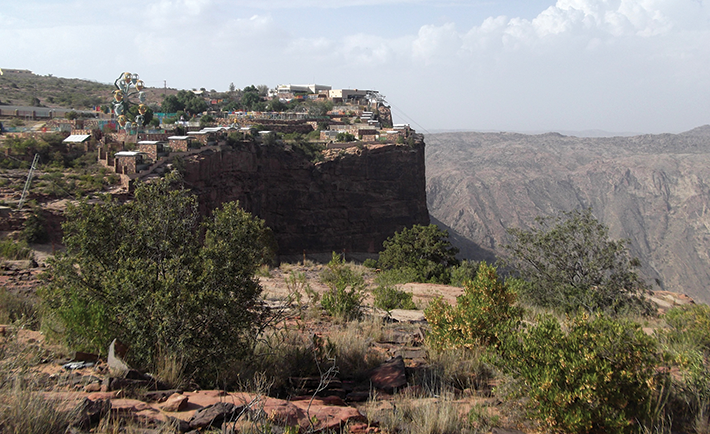 Traditional markets are still a crucial part of daily life in Abha. Be prepared for some interesting finds in these souks. From culturally inspired paraphernalia to Asir’s prized honey, the souk alleys hold many secrets. For tourists, the favored souk is the Tuesday Market or Souk Al Thulatha as it’s referred to locally. Every Tuesday, traders gather here and sell most things that Abha is famous for. 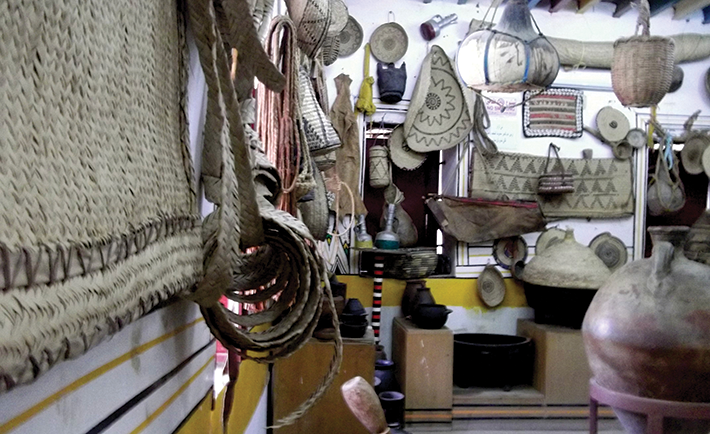 8. Explore the Stone Village of Rijal Alma on Foot

If the Kingdom were to have its own 7 wonders list, this village will definitely be on it. Nestled deep in the Asir Mountains some 57 kilometers from Abha, Rijal Alma evokes the feel of it being stuck in time as a good portion of the heritage village is in much the same condition as it once was. Walking around Rijal Alma feels like going back in time, with only small details like cars that remind you of the time. The village is accessible from the cable car that extends from the Souda National Park complex or one can take the snaking road down the cliff side from Jabal Souda.