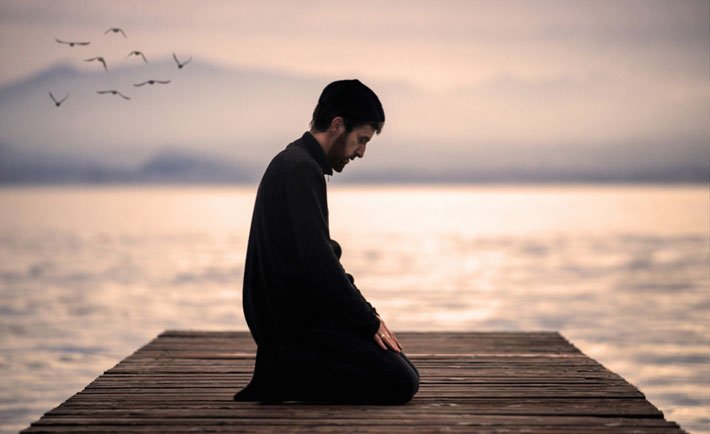 Khushoo is a term which roughly can be translated as ‘humility, devotion and focus during prayer’, which is of utmost importance.

Without focusing on to whom one’s praying or what’s being read the overall purpose of prayer is not being fulfilled. As Muslims we are expected to stand in front of Allah, praying to him with total obedience and mindfulness. Here are a few practical steps that you can do to develop focus during prayer.

1. Understand the meanings
For non-Arabs especially, by learning the meanings of the supplications that are recited during prayer, one can ponder over exactly what’s being read. This also applies to learning the meanings of some of the most commonly recited surahs of the Quran, which will also help in comprehending over the meanings of the part of the Quran that is being recited rather than just the tone it is being recited in.
2. Not hurrying through prayer
Prayer should be done at a measured pace, quickening through the various actions doesn’t allow one to feel the peace and serenity that one is expected to gain through prayer. The Prophet (PBUH) used to move at a measured pace during prayer, allowing every bone to return to its place.
3. Being mindful that Allah is hearing your prayers
Allah is all aware of each and every single prayer of yours. The Prophet (PBUH) said: “When any one of you stands to pray, he is conversing with his Lord, so let him pay attention to how he speaks to Him.” (al-Haakim, al-Mustadrak, 1/236; Saheeh al-Jaami‟, 1538).
4. Keeping eyes affixed to the place of prostration
While standing in prayer or while sitting during tashahud, the eyes of the one who is praying should be affixed to the ground in front, preferably in the place of prostration. It is reported from Aaisha (RA) that “the Messenger of Allah (PBUH) used to pray with his head tilted forward and his gaze lowered, looking at the ground.”
5. Removing anything that may distract you
It is advisable to use plain prayer rugs, instead of the fancy types that have elaborate designs on them. You can also to remove anything in the room that is causing a distraction to you, such as the painting on the wall or the sound of the TV playing in another room.
6. Varying the surahs that are recited
By constantly increasing the number of surahs memorized it will help develop khushoo in prayer. Many tend to resort to the same surahs for each prayer. By varying it, you can ponder over the meanings of different surahs whilst covering the different topics covered in various parts of the Quran.
Allah says in the Quran: “Successful indeed are the believers, those who offer their salaah(prayers) with all solemnity and full submissiveness.”(23:1-2)