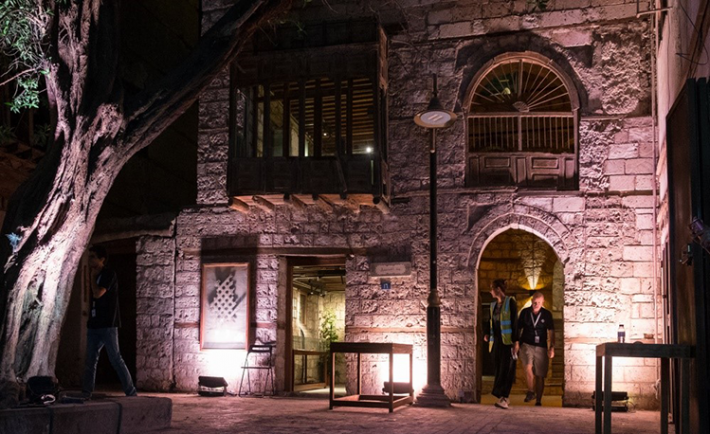 The Historical Jeddah Season which opened successfully to a huge crowd on June 8, 2019 aims to showcase and educate the rich culture and history of Al Balad which has been deemed as a World Heritage Site by UNESCO.

One of the interesting workshops being held at the Historic Jeddah Season is the Zawia 97 Craft Exhibit at Bait Al Sharqi. This heritage building, which sits on the corner after 97 degrees from the direction of the Kaaba in Mecca, represents the essence of 97 degrees angle.

“Mangour” is a very popular architectural component in the Arab world and is an integral feature of Hijazi architecture which is often found across the Al Balad district. It is the art of working on wood, which requires craftsmanship, precision and creativity.

The meaning behind this beautiful architectural element is “separation without isolation”. To add more life to the exhibition, the artisans work out in the alleyways to reflect the country’s historical nature, thus, sending out a clear message to visitors to take a positive and effective role in the preservation of traditional arts and crafts.

Amongst artisans working on this, Ahmed Angawi a well-known artisan displays his creative work at Bait Al Sharqi. This historical Craft Exhibit is open for all to view until the end of the season.

Located in Bait Al Sharqi visitors can enjoy approximately 41 shows over the course of the season
between 7:00 p.m. to 01:00 a.m.

More details on the Season can be found at www.livehjseason.com