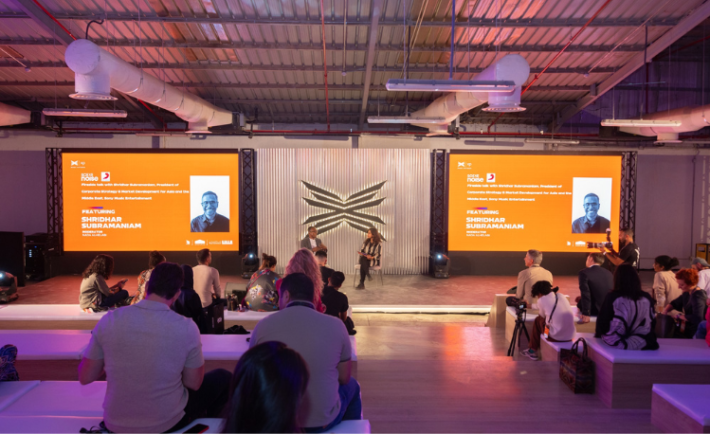 The head of regional development for entertainment powerhouse Sony believes that the music of the Middle East will follow K-POP as the next culture-driven sound to dominate the global charts.

Shridhar Subramaniam, President of Corporate Strategy & Market Development for Asia and the Middle East at the Sony Music Entertainment was speaking on day one of this week’s XP Music Futures conference, being held in Riyadh’s Jax district through until Wednesday.

In a one-on-one session with the conference director Nada Alhelabi, Subramaniam discussed the acceleration of music in the Middle East and Asia, giving his thoughts and insight on how a music ecosystem in its infancy can go onto compete globally.

And in sharing his predictions, Subramaniam explained how he believes Middle Eastern music will follow in the footsteps of South Korea’s K-POP in grabbing significant Western attention and cementing a status in global music within the next ten to 15 years. 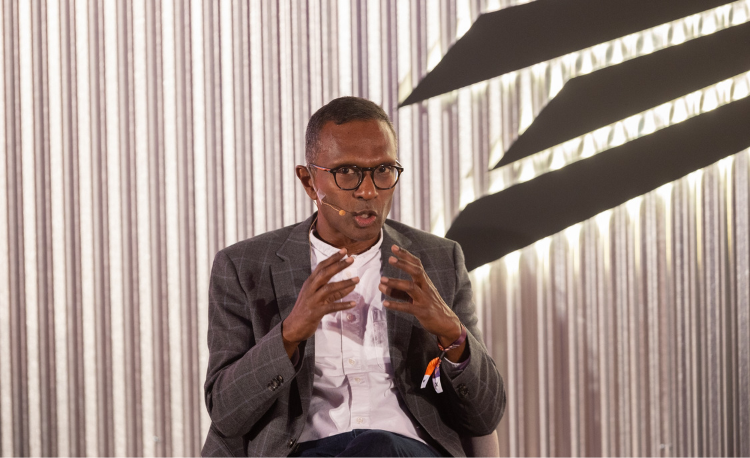 He said: “When you speak to artists anywhere in the world, they all want to become global superstars first. The first question they ask is ‘What can you do for me in the U.S?’ and the examples they use is K-POP or Latin music, saying: ‘If they have Latin or K-POP world superstars, why can’t we have the same from our part of the world?’

“I believe we can. It’s not an impossible dream. Neither K-POP or Latin music is in English, so language isn’t a barrier for music coming out of this region.”

“There are four key reasons music from the Middle East and North Africa can go global. The first and most basic is the incredible quality of music coming out of here, driven by the quality of globally exposed producers moving into this region and looking to work with local artists from here. The fact the music is now sounding global is the first key driver.”

“Then there’s the iconography and visualization. When there’s a music video or sound that comes out of this part of the world – Morocco, as an example – you know it’s a Moroccan video. There’s a visual stamp and a signature, the same as many countries across the Middle East and North Africa. This visual identity is really starting to emerge. So, there’s the audio quality that’s improving and a growing visual stamp – an identity – now existing.”

“The third thing is an appetite for people wanting to absorb this music, a positive acceptance that triggers the algorithms in Spotify and YouTube, meaning Middle Eastern music can now start charting on these platforms. The fourth is that you have scale now, too. Even on YouTube, you can suddenly get 100m or 200m views and the music starts ranking on the global charts.”

“With and like all these things, the region is likely to get a one-hit-wonder quite soon. It then takes a lot of effort to make it ‘a thing’. But are we in the early stages? I think we are, and I think it’s a question of between here and maybe West African music who will crack through first.”

This week’s XP Music Futures is the three-day conference’s second hosting. Gathering industry experts from around the world, XP – which will feature DJ’s Hardwell, Afrojack and David Guetta over its remaining two days, plus insight from Matthew Knowles, father of Beyonce – is the first part of what is known locally as “Riyadh’s loudest week”, and which climaxes this weekend with the SOUNDSTORM festival, headlined by the likes of global superstars Bruno Mars, Post Malone, DJ Khaled and Tiesto. 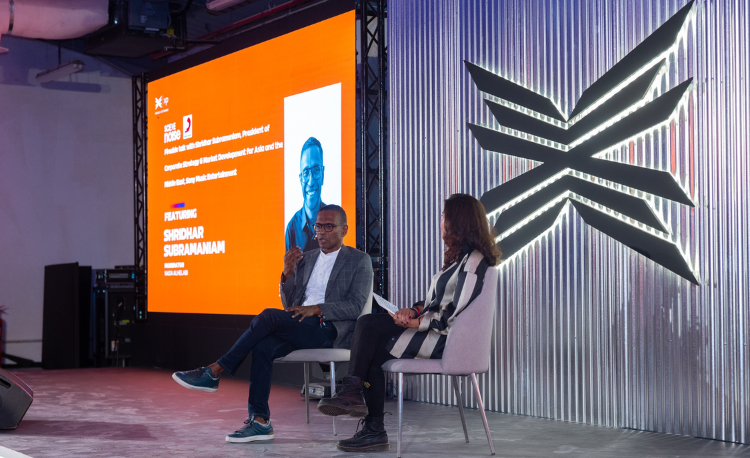 Both are organized by Saudi entertainment and music company MDLBEAST, who as well as being behind both XP and SOUNDSTORM also run their own record label and clothing brand, plus a host of other major music events.

Subramaniam is adamant the role of organisations like MDLBEAST is massive to Middle Eastern music finding its way to centre stage, with many other key factors now being in place.

He continued: “There’s such a strong rhythmic tradition in the music of this part of the world – and you can recognize it and tell between an Egyptian beat or Khaleeji beat, for example. You can tell that rhythm and that’s easy to grasp in a pure audio sense.”

“You then have the scale opportunities with social media, like Instagram scaling. So those opportunities are there. I can visualize now, as an example, a 30-second clip that could go viral with a cool beat kickstarted by some influencer that would transport round the world. It can happen and it will happen, it is just a question of what.”

“MDLBEAST are helping lay the foundation of all that. The idea is now there, the network is being formed, pillars are being set and people are being exposed. The infrastructure is about those networks and skills and those will be key to the future.”