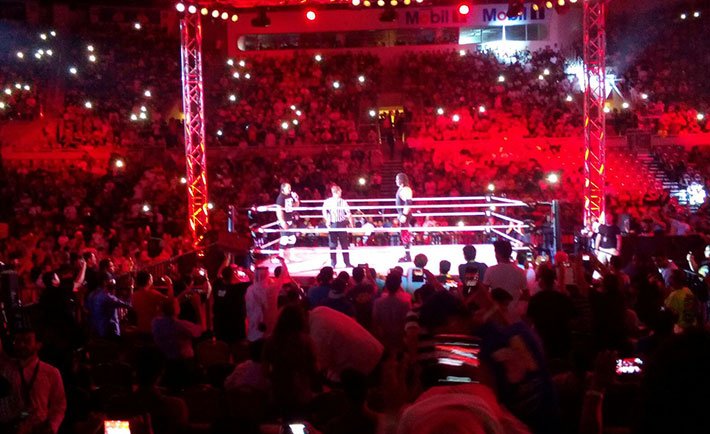 With a roaring crowd and a jam-packed arena this event was perhaps one the biggest international events to be held in recent times in Jeddah.

This is the WWE’s second consecutive outing in the Kingdom, following a successful outing in Riyadh last year. On the first day the early estimates of the crowd stood at close to 10,000 attendees. This however a non-live televised event.

As the time for the first fight was getting closer, the crowd was getting enthusiastic to get to see their favorite stars in flesh and blood. There were a handful of big matches on the card. 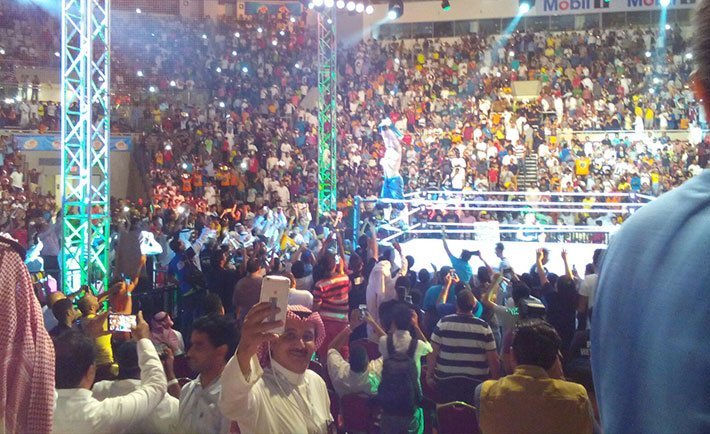 The event kicked off with a tag team match featuring the crowd favorite – Lucha Dragons. As with any Lucha Dragons fight this was a fast paced action filled one, setting the pace for the rest of the night.

The crowd then sat awe-struck at Kane’s very presence. It was one of those thrilling yet awesome moments that his very presence dictates. Kane’s fight was over within a few minutes, leaving the crowd wishing to see more of the legendary wrestler in action.

Jack Swagger another crowd favorite was seen carrying a shimag on his right shoulder when he entered the arena for his fight. He was even snapping selfies with fans after his bout. 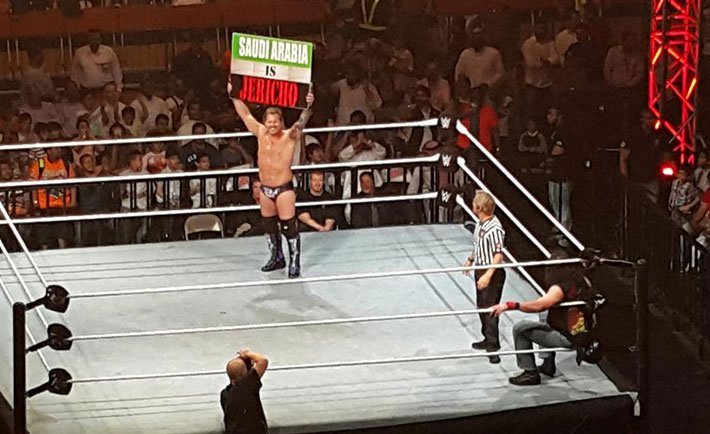 Another big fight of the night was of The Big Show and Chris Jericho. Right from Jericho’s entrance the euphoric crowd couldn’t help but snapping pictures of the superstar. The fight was truly thrilling to watch. The viewers were left dumbfounded by Jericho’s endurance against a giant in the form of The Big Show.

There were other fights that involved other superstars like Cesaro, Shemaus, The Miz, Luke Harper, Seth Ambrose amongst many others. All of which kept the audience at the edge of their seats.

The fight of John Cena against the current World Heavyweight Champion Seth Rollins was the main event of the night. John Cena’s United States Championship was on the line for this fight. The audience went berserk when they saw Cena come into the ring with his trademark entrance music playing over the PA. During the fight members of the crowd chanted Cena’s signatory line “never give up” every now and then. The fight was the longest of all, but it definitely seemed like the crowd didn’t want it to end. 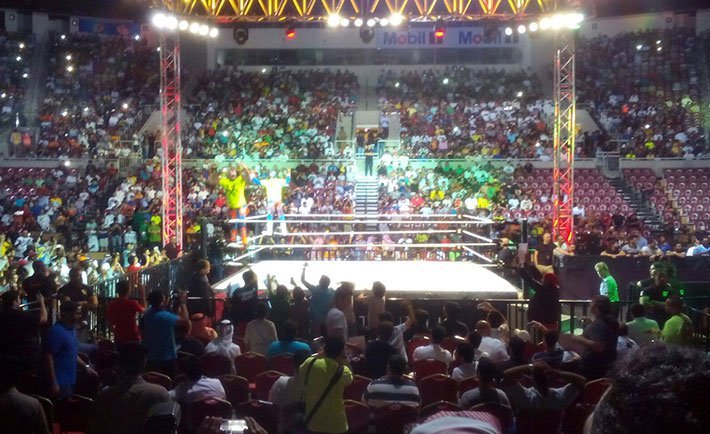 Jeddawis this is your chance to see these ring gladiators in real life. So don’t miss it, there are still two more events to go, one tonight and the other one tomorrow at the King Abdullah Sports City.