We watched with eyes wide open and full of adrenaline and thrill! The 2022 Elimination Chamber match was on Saturday night, live at the Jeddah Superdome.

Destination KSA was there through the entire event highlighting the scoops from Bobby Lashely’s unfortunate incident to the WWE’s Elimination Chamber Championship!

The press conference before the awaited night! We had the opportunity to meet the wrestlers with one-on-one interviews where we were able to witness the people behind the well-known characters before they were unleashed. 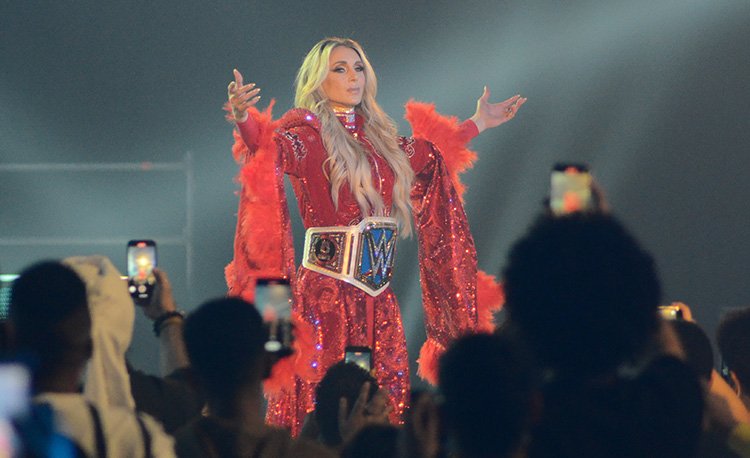 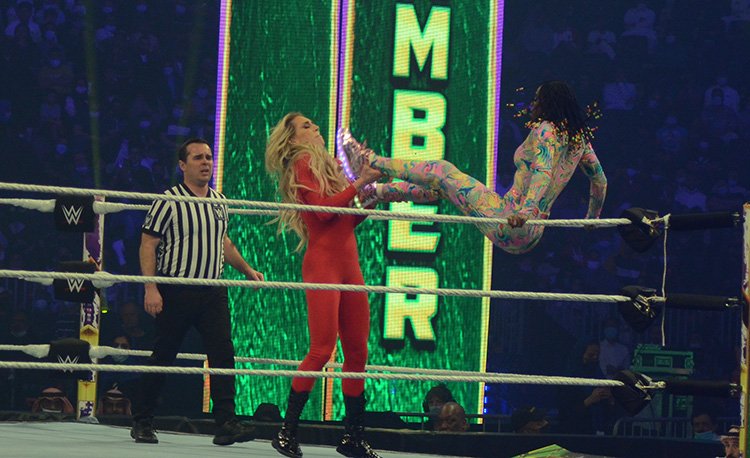 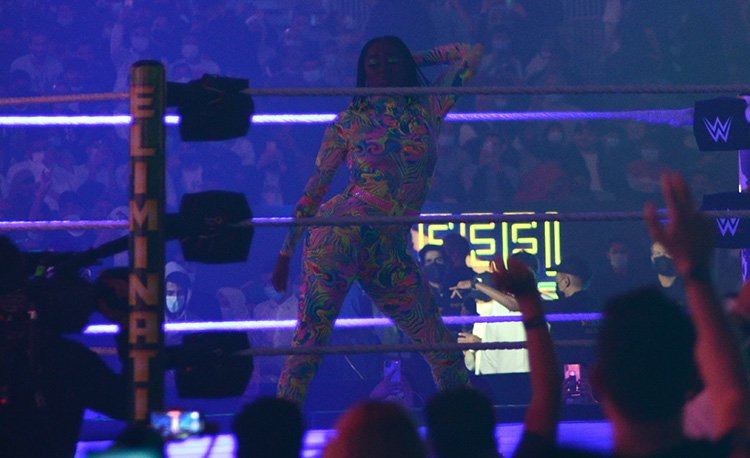 The WWE Smackdown Superstar, Charlotte Flair!  “Having watched the paper reviews from home, and feeling the energy and not even being there performing, I am looking forward to being in it and seeing just how amazing and crazy the fans are. Like in a good way how excited they are that we are here.” Her first time in Saudi, Flair expressed her excitement for being in here and finally coming up close with the dedicated fans of Saudi. “I think it’s just incredible that we’ve been able to come here so many times, and it just goes to show how global WWE is and how our fanbase just keeps growing and growing.” Without a doubt, the WWE fanbase has just gained a new fan: US!

“Being able to perform here as a woman means so much to me! Allowing us to – it’s just awesome all around.” – Charlotte Flair. 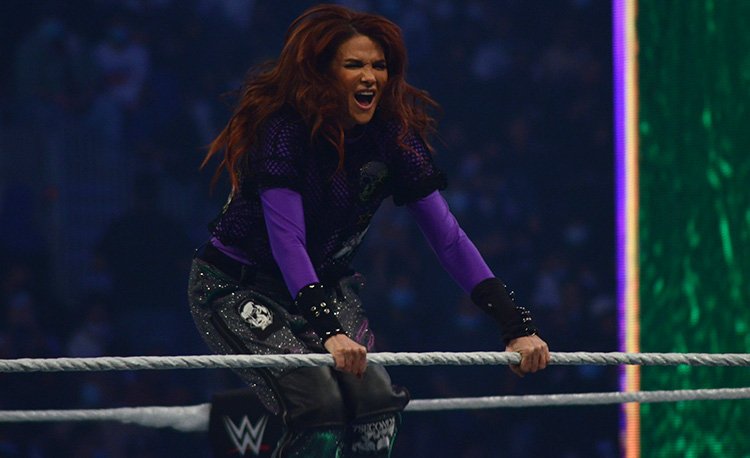 The Hall of Famer, Lita! When asked about the loyalty and love of the Saudi fans’, Lita responded saying, “To hear about it is one thing, but to experience it, it’s not like I didn’t believe it but you can feel the connection it’s just a mutual feeling, they’re so happy to have us come but we’re so happy to be able to perform live in front of fans that have been waiting for so long, the warm welcome and support of the people is really touching”

“Big deal for the women to have the elimination chamber match and the tag team match!” – Lita. 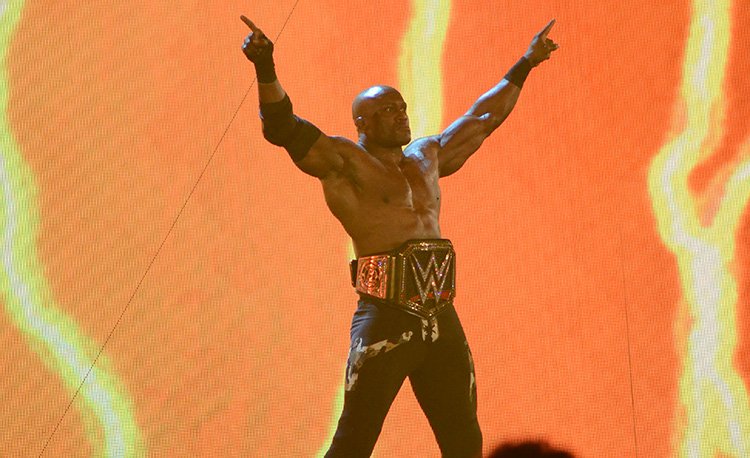 The Almighty, Bobby Lashley! Being his fourth time in Saudi, Lashley discussed why he loves coming to Saudi, saying “I love coming here for so many different reasons, the fans, everybody comes out, you guys fill the stadium!” he continued with, “We want to have the best matches that we can, best shows that we can, and when we come here the crowd is so alive and hyped. It just brings our energy levels up.”

“Everytime we come out here, you guys just keep giving more and bringing more and more to us.” – Bobby Lashley 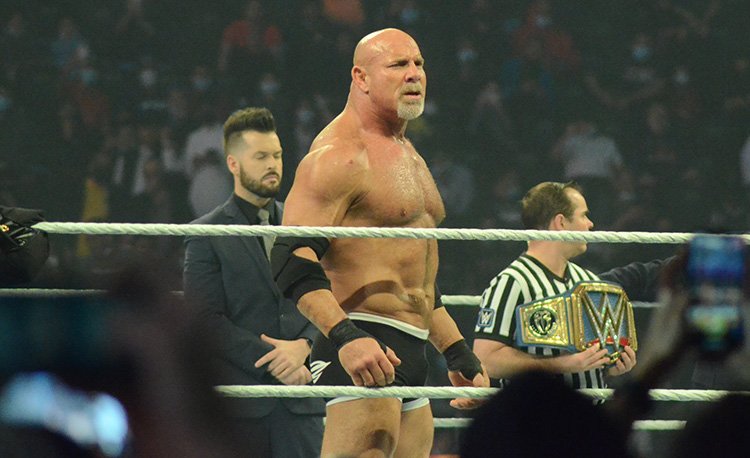 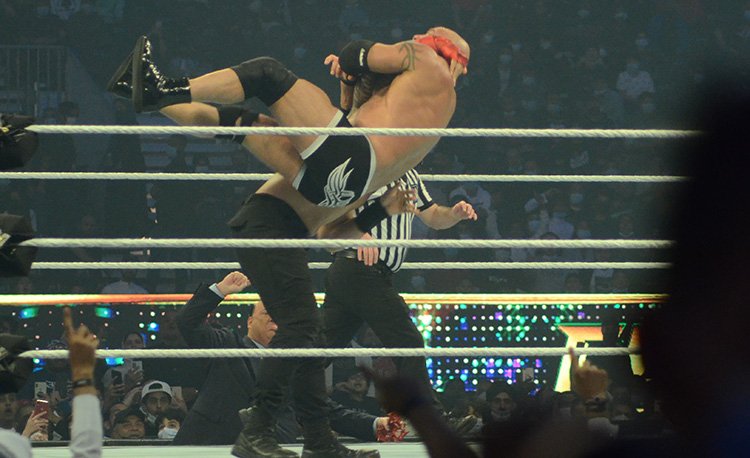 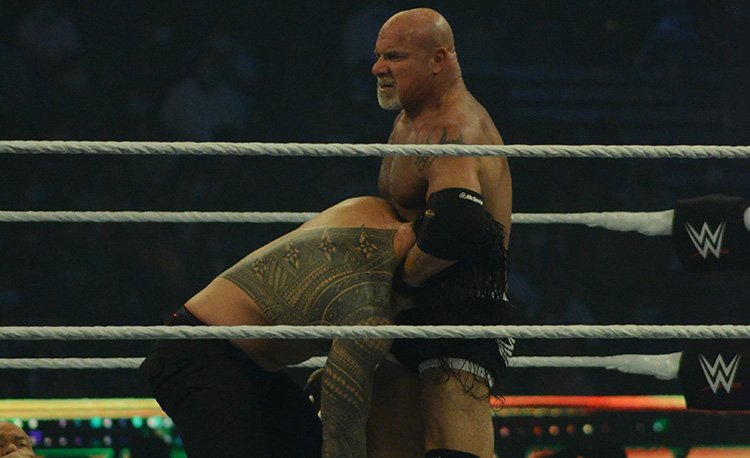 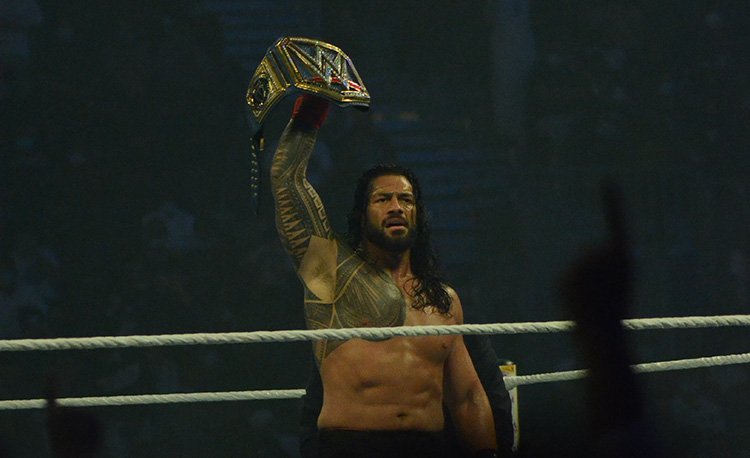 The Four-Time World Champion, Goldberg! The professional wrestler never imagined the day he would be welcomed in Saudi as he mentioned, “It’s an honor to be here, it’s a place I never expected that I would come and be part of. It’s a barrier smasher.” he carried on saying, “After i came, it’s the most unbelievable feeling that i’ve ever had and it truly is a lot of people’s fault that they don’t experience this because it has smashed thoughts that I had before.”

“At the end of my career, right now, I am just so thankful that at this point or at any point I was able to open my eyes and hopefully my heart to the people here, and I’ve been taken in graciously.” – Goldberg 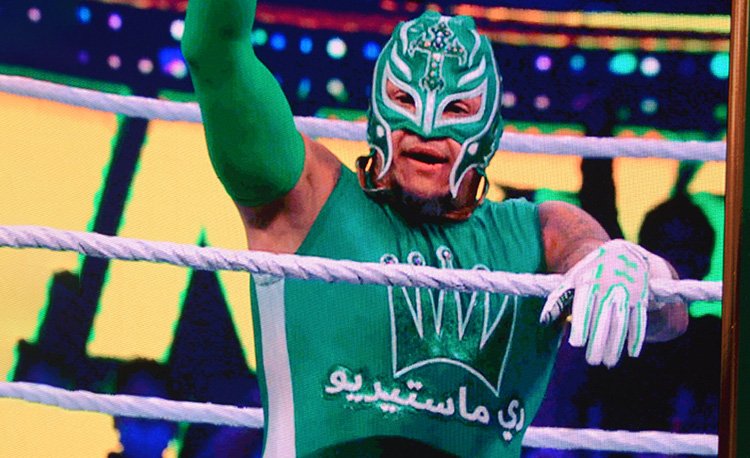 The biggest little man, Rey Mysterio! The Mexican-American professional wrestler described his emotions as he sets foot on the wrestling ring for the third time in Saudi Saying “The fans out here are so energetic, and that’s what motivates me every time I go to the arena, the energy of the fans, that’s what makes me go out there and perform at my best.” 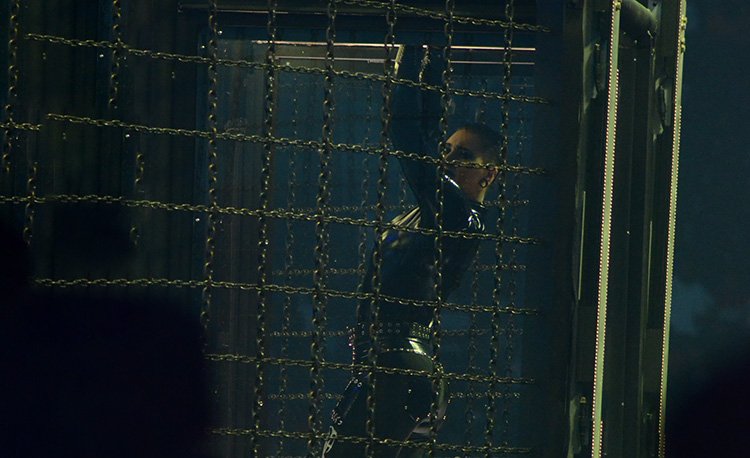 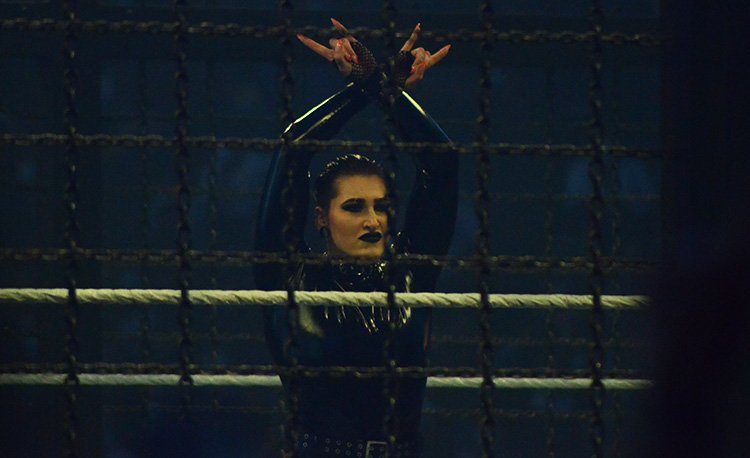 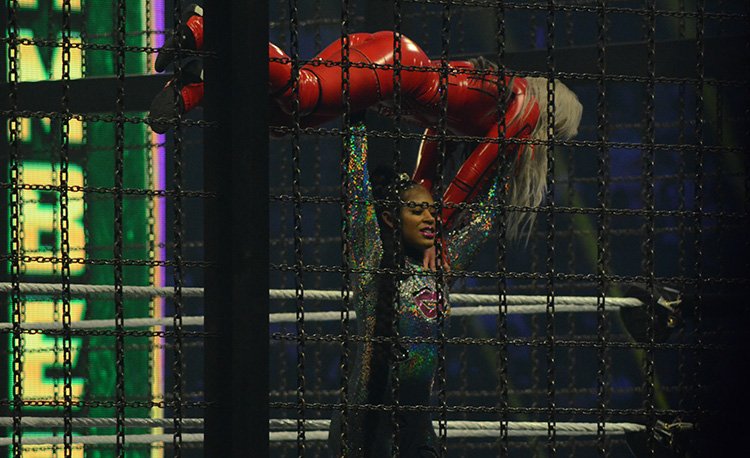 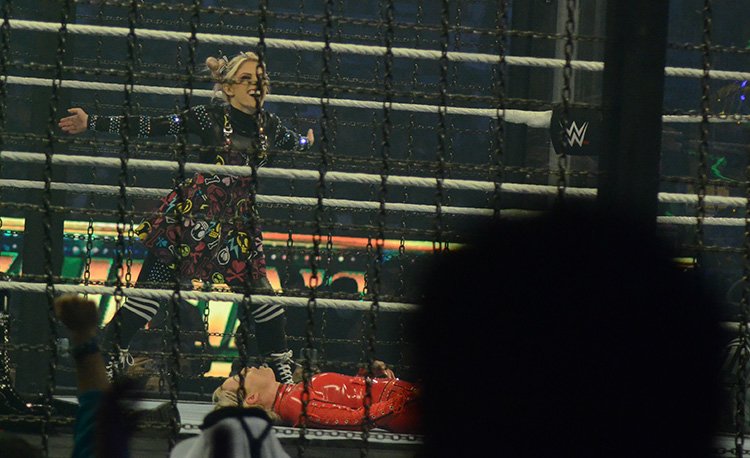 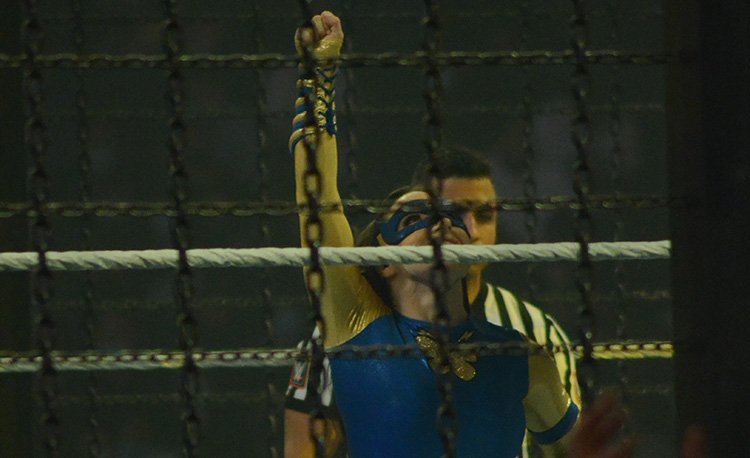 The Nightmare, Rhea Ripley! Being her first time in Saudi, Rhea said “I’ve never been here before, and I’ve seen photos, and it’s just so beautiful and I have to say you guys have amazing food!”

“It’s a really cool thing in history to have the elimination chamber match here, it’s something that’s never been done before, and it’s breaking down walls.” – Rhea Ripley. 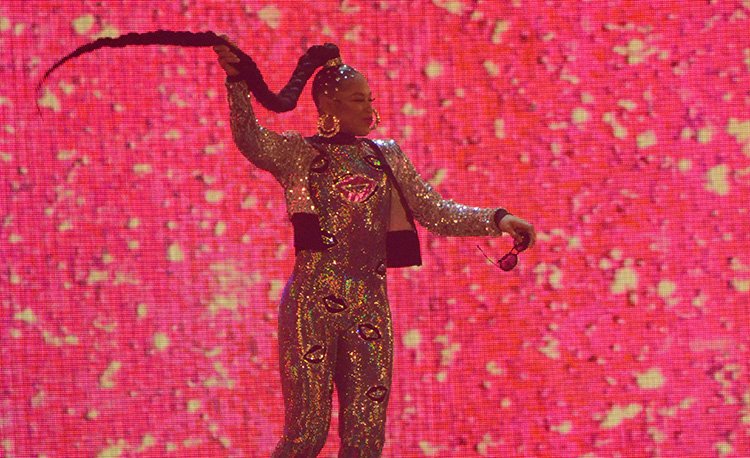 Bianca Belair vs. Liv Morgan vs. Doudrop vs. Rhea Ripley vs. Nikki A.S.H. vs. Alexa Bliss:
A round of applause to all the women who rumbled the stage at the women’s Elimination Chamber! The women’s elimination chamber startled the audience with the power and skills each wrestler brought to the wrestling ring. Bianca Belair wrestles for the win to once again be competing for the world title at WrestleMania scheduled to take place April 2nd and 3rd at the AT&T Stadium. 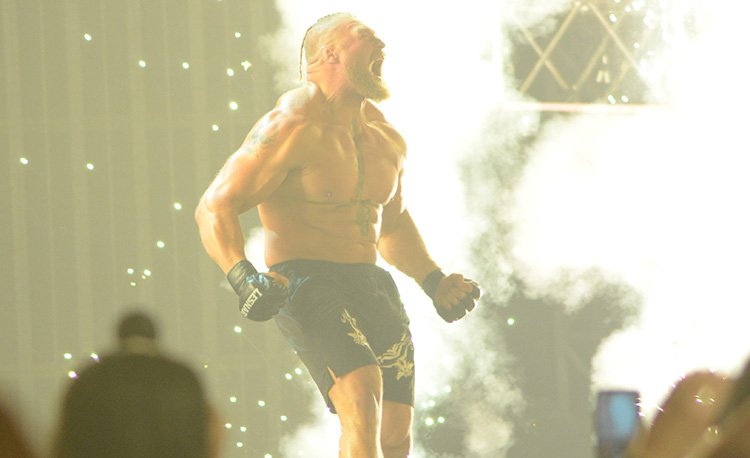 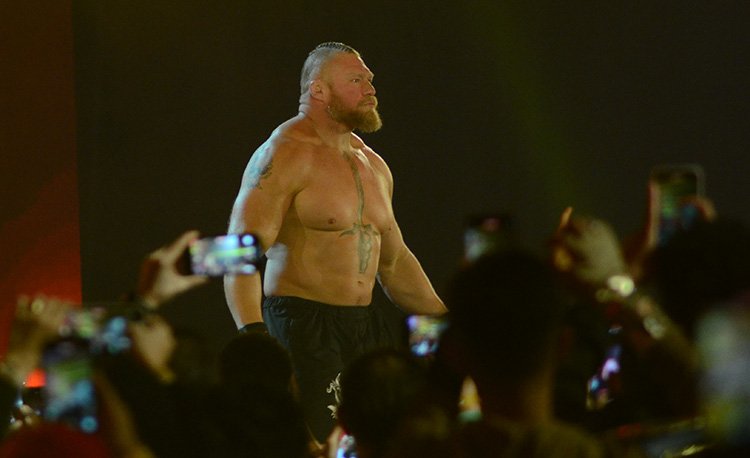 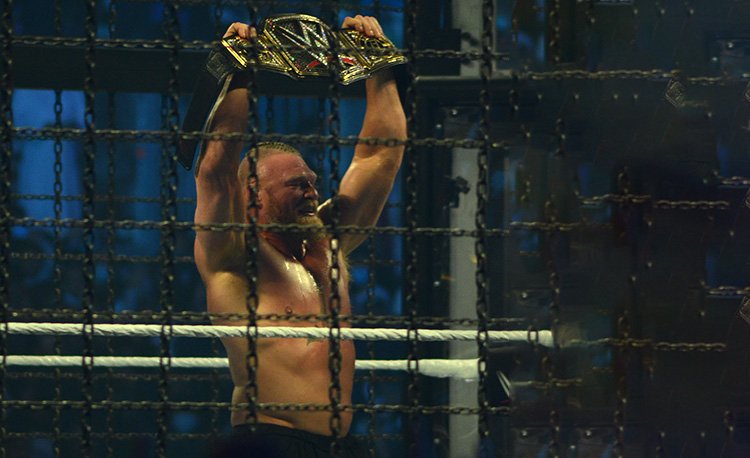 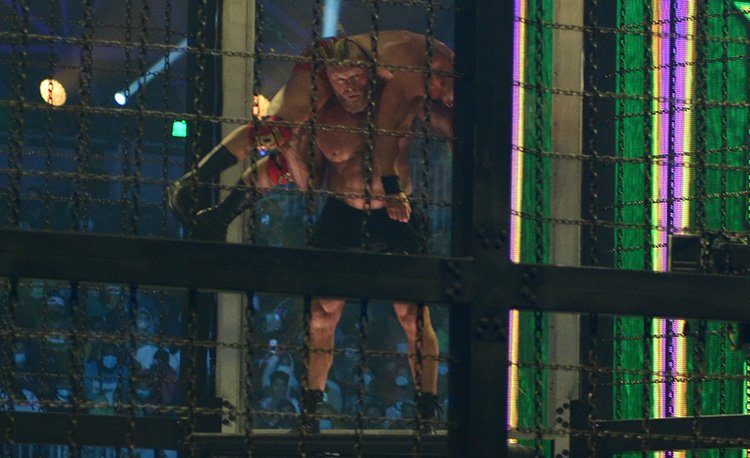 Brock Lesnar vs. Seth Rollins vs. Bobby Lashley vs. Austin Theory vs. AJ Styles vs. Riddle:
The road to WrestleMania continued as the men took on the ring! The themed entrance of each wrestler hosted by the chant of the audience added a punch of thrill and excitement as we eagerly watched until the Elimination Chamber began! From Seth Rollins’s ‘Joker’-like vibe where he also pulled off the stunning Joker costume at the WWE Smackdown show to ‘The Almighty’ Bobby Lashley’s fired up entrance, the win was guaranteed by ‘the baddest man on the planet’ Brock Lesnar leaving the fired match as the new WWE Champion! We were all waiting for the Almighty to set foot onto the ring, however, Seth Rollins did the powerbomb move with Austin Theory into Lashley’s cell sending Lashley off for concussion protocols. Throughout his successful wrestling career, there was one thing Lesnar has never done up until last Saturday, wrestle in the Elimination Chamber! 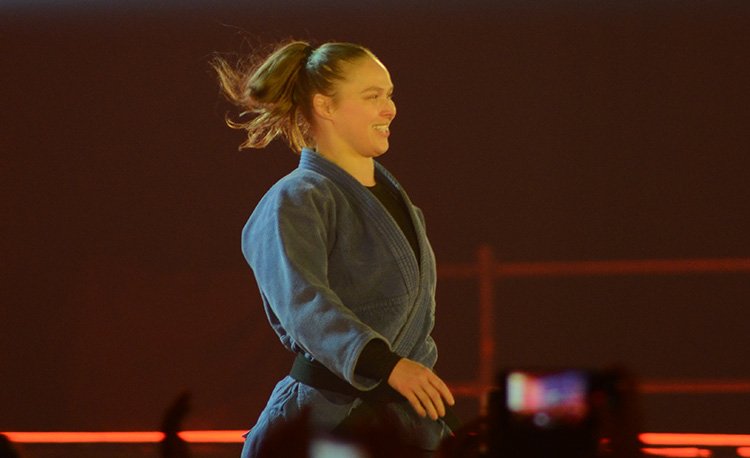 Rowdy Ronda Rousey! Facing off against Charlotte Flair and Sonya Deville, Ronda Rousey and Naomi managed to win the title in Tag Team competing with one arm while the other being tied. 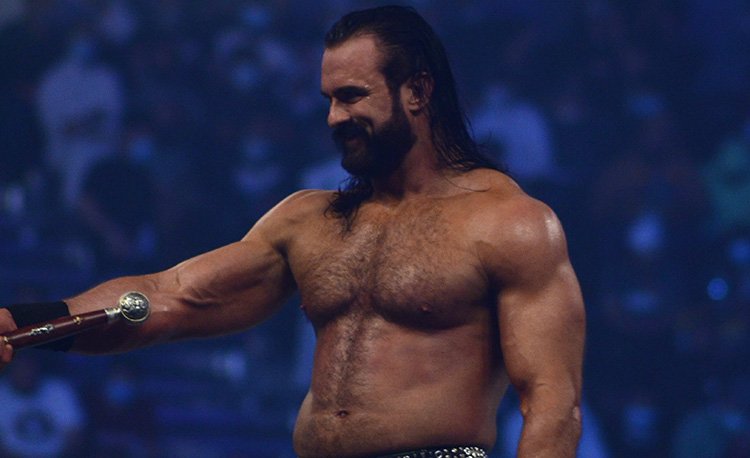 Drew McIntyre vs. Madcap Moss! It is safe to say that McIntyre defeated Madcap moss in the tag team match as thrill moves took place throwing each other outside the ring onto the pathways. Happy Corbin joined the match standing by Madcap Moss eventually leading to the loss of Madcap Moss. 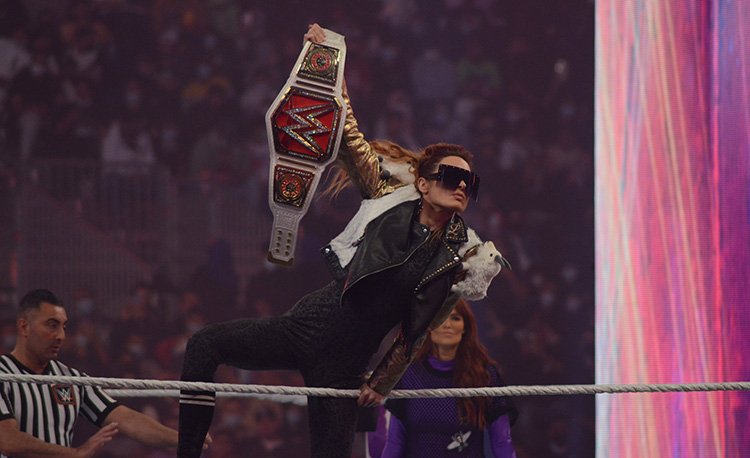 Lita vs. Big time Becky! The hall of famer Lita entered the ring in full confidence as the crowd cheered loudly for the loved wrestler. Following the entrance of Lita, Big Time Becky came out proudly holding her belt up high. As the exciting match began, Becky used her remarkable moves as she won over Lita.

To watch the exciting moments of the event, make sure to visit our instagram highlight on Destination Jeddah. This remarkable event was one to remember!