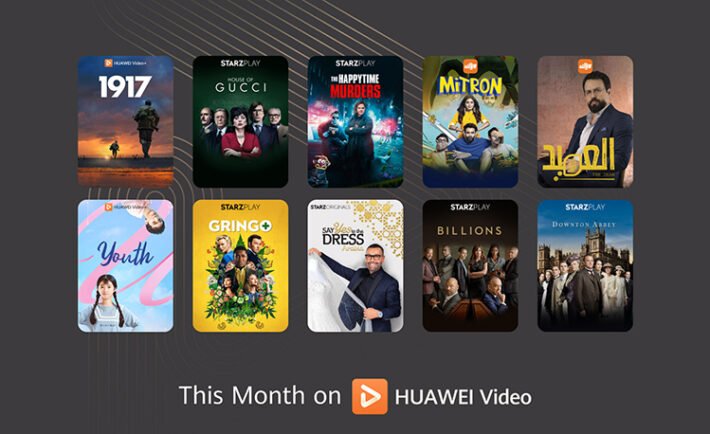 After the whirlwind start to the year, we all could use some downtime on the couch! HUAWEI Video has a solid slate of blockbuster movies, exciting series, and excellent international dramas, as well as an exciting new collection of short-form clips available this month.

Whether you are looking for a binge-worthy series, a thrilling new movie an endless stream of entertaining clips, or non-stop access to your favorite TV channels, there is something for every mood. With over 100,000 hours of video content, millions of short videos from local content creators, and over 100 live-streaming TV channels HUAWEI Video provides an all-in-one entertainment experience for its users.

With the exciting launch of YouSat TV’s exceptional regional and international short-form content from 3K+ content creators as well as the continued collaboration with STARZPLAY and Weyyak, the premium video streaming platform offers users a diverse selection of high-quality video-on-demand content across various genres straight to their Huawei phones or devices. Below, see the list of highlights available on HUAWEI Video in February. Happy streaming! 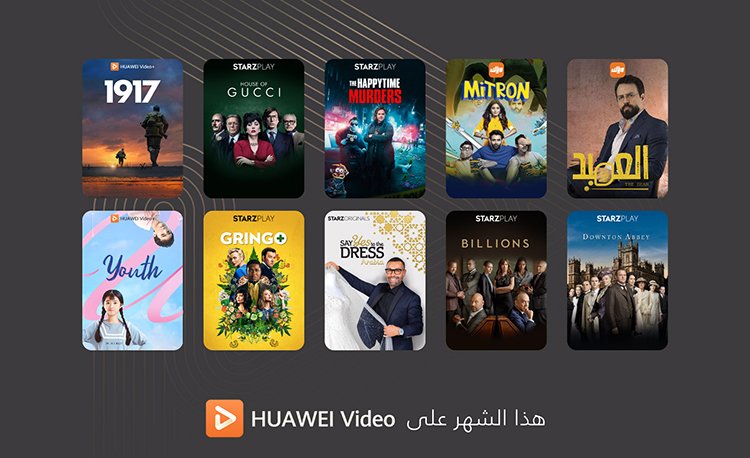 House of Gucci (STARZPLAY): Take a deep dive into the inner workings of the famous Gucci family through the eyes of a humble outsider. Starring legendary superstar Al Pacino, international pop sensation Lady Gaga, and Adam Driver, this thriller will keep you on the edge of your seat. Available on HUAWEI Video from February 11th.

1917 (HUAWEI Video):  1917 is an Oscar-winning, unmissable masterpiece, directed by Sam Mendes.  It follows the harrowing story of two soldiers during the First World War as they race against time to deliver a message that will stop 1,600 men from walking into a deadly trap.  Play here.

The Happytime Murders (STARZPLAY): This action-comedy takes you on a journey of laughter and thrill as a disgraced LAPD detective-turned-private eye takes on a murder case. Starring Melissa McCarthy, this movie is an entertaining joyride. Now live on HUAWEI Video. Play here.

Mitron (Weyyak):  Brought up with middle-class values, watch as Jai (Jackky Bhagnani) tries to please his father by finding a suitable wife, but destiny has its own plans for him.  Don’t miss this newly released Bollywood comedy, fully dubbed in Arabic. Play here.

Say Yes to the Dress Arabia (STARZPLAY):  The search for the perfect wedding dress has finally come to the region!  This STARZPLAY Original, in collaboration with Discovery, is shot in Dubai and hosted by Khalil El Zein.  Featuring brides from KSA, EGYPT, Tunisia, Syria, Lebanon, and Iraq on the hunt at Hazar Haute Couture bridal boutique for that perfect gown!  Available on HUAWEI Video from February 11th.

Youth (HUAWEI Video): Catch the highs and lows of five young ladies as they share a house and also share their experiences with life and love while attending the same university.  HUAWEI Video brings you this brand new Chinese drama exclusively and with Arabic subtitles. Play here.

Billions (STARZPLAY): The American drama series navigates the power struggles in the financial capital of the world, New York. Starring Paul Giamatti and Damien Lewis, the series tells the story of a hedge fund manager who has amassed wealth and power, but a US attorney challenges him at every turn. You can enjoy the full boxset and the latest episodes of the season 6 premiere on the same day as the US telecast. Now live on HUAWEI Video. Play here.

The Dean (Weyyak): An authentic crime drama, starring Tain Hasan and Caresse Bashar, follows the story of a professor who, after a mysterious murder, is pulled into the world of child trafficking within Syrian refugee camps in Lebanon. Play here.

Downton Abbey (STARZPLAY): A treat for the royalty enthusiasts; this series tracks the aristocratic Crawley family and their servants in the early twentieth century and sheds light on their lives. Now live on HUAWEI Video, users can also enjoy the outstanding movie sequel of the series release on the same day. Play here.