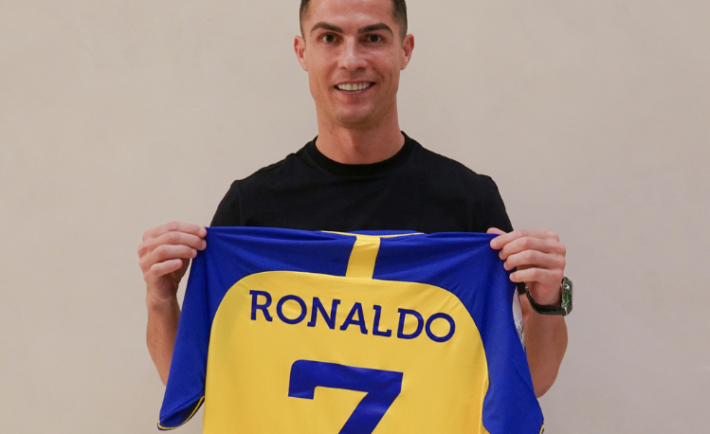 Let us all meet tomorrow at Mrsool Park for the official unveiling of football player Cristiano Ronaldo who will be bringing his skills to the field with the Football Club, Al Nassr.

Mark your calendars. As we have all been awaiting this moment and with Cristiano Ronaldo’s official signing with Al Nassr, tomorrow, the 3rd of January, will mark his first appearance to all the football lovers and fans at Mrsool Park at 7 PM local time! The Riyadh-based football club, will be hosting the legendary welcoming of football player at its very own home ground.

When and where did Ronaldo officially sign? Friday evening from the comfort of Madrid, Ronaldo put pen to paper as he accepted the offer given to him by Al Nassr FC committing his career to the upcoming 2.5 years with the current leaders of Saudi Pro League, Al Nassr Club. As he starts to embark on his new journey, Cristiano will also be accompanied by his family who will now refer to Riyadh as their new home.

He will be guided by Al Nassr’s French coach, Rudi Garcia with aims of granting the club the 18th league title. We will be saluting the five-time Ballon D’or winner tonight as he lands in the city of Riyadh to commence his journey of 2 and a half years with us. Tomorrow morning will be pretty eventful to Ronaldo as he will be undergoing a medical examination prior to the event in the evening. 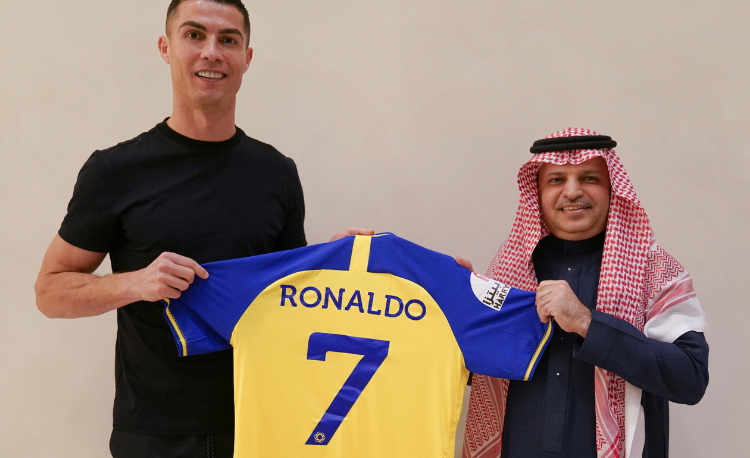 Keep in mind, tomorrow will be the day you get the unique opportunity to see one of history’s greatest footballers as he presents the blue and yellow colors of Al Nassr. Not only are we excited for this historic transfer, it has already captured the attention of football fans worldwide who are awaiting Ronaldo’s new chapter because knowing that the new member of Al Nassr is known to be one of the most successful footballers to date. How thrilled are you to say hello to Ronaldo as he puts on the iconic number ‘7’ jersey!

Let’s talk, Cristiano. A lookback at Ronaldo’s legendary career. Throughout his record-breaking career, Ronaldo has achieved 800 goals for club and country where he has also brought home five UEFA Champions League titles, four FIFA Club World Cups, seven league titles in England, Spain and Italy making him the first player in history to have lifted the league title in the three countries and he will now add a league title in Saudi Arabia to his long list of impressive achievements.

Keep an eye open for the upcoming updates for tomorrow’s awaited event. To stay up-to-date, visit Al Nassr’s instagram. Tickets are yet to be revealed.