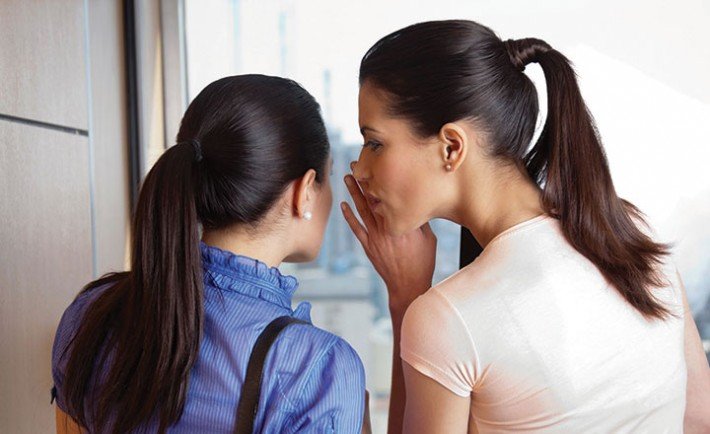 O you who have believed, avoid much [negative] assumption. Indeed, some assumption is sin. And do not spy or backbite each other. Would one of you like to eat the flesh of his brother when dead? You would detest it. And fear Allah; indeed, Allah is Accepting of repentance and Merciful.
(Qur’an, chapter 49, verse 12)

So, what exactly is backbiting?
The Prophet Muhammad (pbuh) said in a hadith: “It is to say something about your brother that he would dislike.” Someone asked him, “But what if what I say is true?” The Prophet (pbuh) said, “If what you say about him is true, you are backbiting him, but if it is not true then you have slandered him.” (Source: Saheeh Muslim)

Backbiting is now so common that it is sometimes the only topic of conversation in a gathering. It is now used as an avenue for people to vent anger, frustrations and jealousy. It may seem like harmless banter, but in reality, backbiting has far reaching consequences.

It causes disquiet, enmity and distrust amongst family members and if someone finds out they are being talked about behind their back, it’s very hard to forgive and forget.

Try to imagine you are the one being talked about behind your back, with others pointing out your faults and laughing at you. Not so harmless now huh? One of the most common excuses that backbiters will use is “Well, I’m not saying anything that I wouldn’t say to his/her face,” but that’s a futile argument, as it just highlights the backbiter’s feebleness for having to backbite in the first place.

The Prophet (pbuh) also said: “The best of the Muslims is he from whose hand and tongue the Muslims are safe.” (Source: Saheeh Muslim)

Backbiting is a big sin and it’s something everyone must avoid. But how can this be done when it’s so prevalent in our daily lives?

It’s no good saying you dislike backbiting but then taking no action to prevent it. When you feel a conversation is steering into dangerous territory, change the subject, or if you can’t, then just be honest and say that you don’t feel comfortable talking about this person when they’re not there. You may get strange looks at first, but if you stick to your resolve, you will find that people will respect you and admire your strength in standing up for your beliefs. Even better, if you can defend the person being gossiped about then know that this is an honorable thing and is not looked upon lightly.

The Prophet (pbuh) said: “Whoever defends the honor of his brother in his absence, will be entitled to Allah’s protection from the Fire.” (Related by Ahmad)

No doubt it will be difficult at first, especially if you haven’t spoken up against it before. It’s likely that you will also become a target for backbiting, but this should simply highlight your real friendships from those that are built solely on malicious gossip.

The Prophet (pbuh) also said: “He who believes in Allah and the Last Day must either speak good or remain silent.” (Source: Saheeh Muslim)