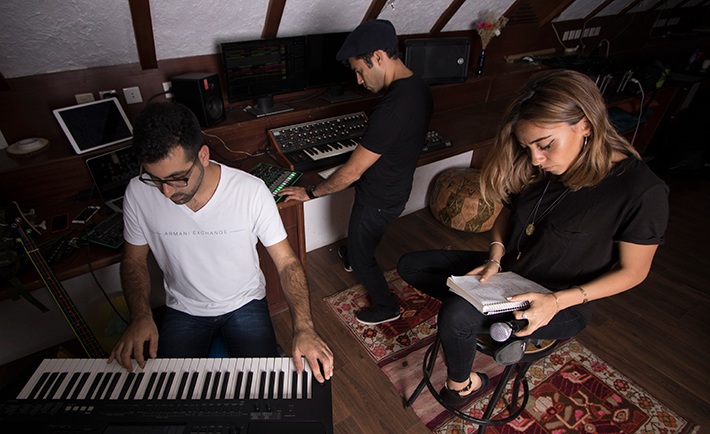 A new album in collaboration with Sarah Taibah.

Jeddah-based electronic music band Vinyl Mode is releasing their new album, Solitude. A collaboration with young artist and singer Sarah Taibah, it tells the story of a woman who isolates herself from the noise of the world to reflect on her circumstances. Alone in a big city, the heroine subconsciously reminisces over the past and ruminates on the hopelessness of the present.

We talked to Vinyl Mode’s DJs and music producers Moe Nassar and Harris Mavromatis, and Taibah, to learn more about the album.

What were the album’s beginnings?
Sarah Taibah: The songs were originally poems I wrote as part of my healing process; I didn’t intend to share them, much less include them in a music album! I was sharing my poetry with a friend who suggested I take my words to another level, and she arranged a meeting with Vinyl Mode. In 2 hours, we had a first draft for a song based on my first poem, Rubbama, which I read on a voice note and sent over to them. Less than a week later, we had the track, and I couldn’t believe it was me! 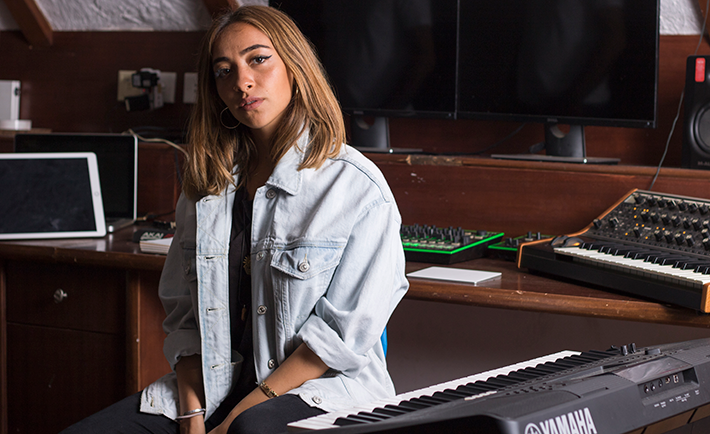 What makes this album different than your previous ones?
Moe Nassar: It’s always good to come up with your signature sound. We had poems written in Arabic but didn’t want to use Arabic instruments as European DJs were already doing that. We reversed it, using Arabic words that were read out as in a monologue instead of sung.

This album speaks of the hidden talent we have here in Saudi. Many “bedroom DJs” are producing great music at home but don’t know where to go with it. This album says: if we can be great producers, so can you. And if you’re reading this, please reach out to us. 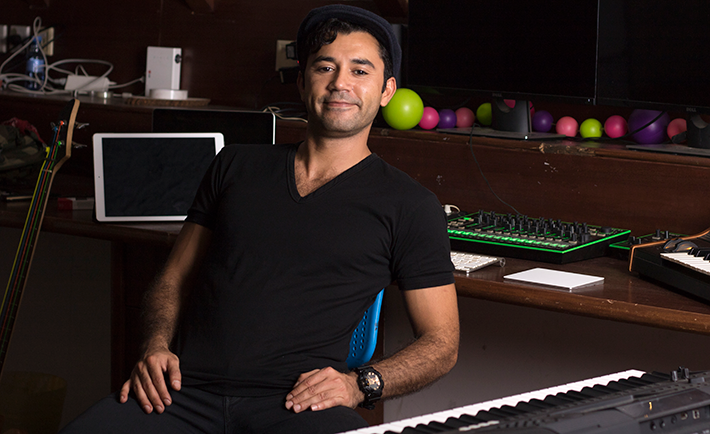 What do you hope to achieve with this album?
Harris Mavromatis: If people understand what we’re trying to communicate, that’s the biggest achievement. I want our music to mean something to our listeners. I hope it talks to them; people usually communicate feelings, emotions and thoughts through different platforms, and music is our platform. 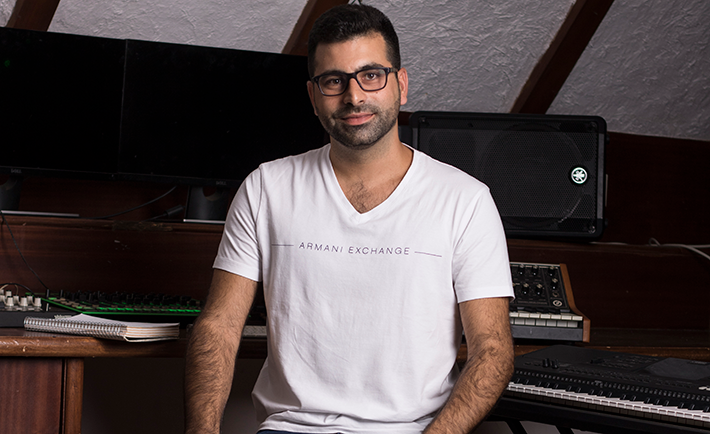 What future projects are you preparing?
Moe Nassar: We have 2 more releases before the end of the year. They’re completely different from Solitude– higher pitched and faster. We’re also collaborating with Galaxy Juice, a very talented Kuwaiti band, as well as with Saudi musician Nadia Dandachi, to remix one of her original tracks.