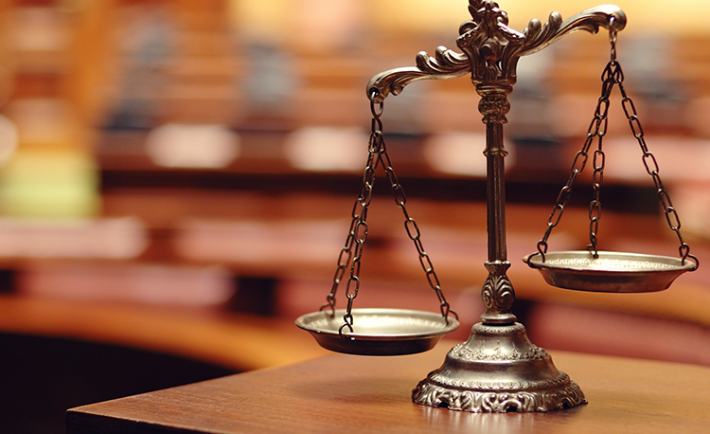 Justice is truth in action; the world has been striving for justice for ages. In this world where money is power and power is justice and birth rights dominate every sphere, people take in all the injustices done to them, patiently waiting for someone to come and give them their rights.

Injustice can be defined as deviation from justice and violation of the truth. Justice is the most essential of human rights from which all other rights are derived. ‘Adl or Justice is to put something in its correct place.

Islam brought justice to the victims of injustice. Islam secured rights for each division of society, whether rich or poor, young or old.

In Islam there are three types of injustices:

To be unjust toward Allah:

One is unjust to Allah by associating partners in worship with Him i.e; Shirk. As Allah says in the Qur’an,

And [mention, O Muhammad], when Luqman said to his son while he was instructing him, ‘O my son, do not associate [anything] with Allah. Indeed, association [with Him] is great injustice.(Qur’an 31:1)
To be unjust towards other people:

This takes on many forms; verbal abuse, physical abuse, mental torture, and any type of malignment. Allah says in the Qur’an,

And the recompense of an evil deed is an evil deed the like of it; yet whoever is clement and acts righteously, then his reward is up to Allah. Surely, He does not love the unjust.(Qur’an 42:40)
To be unjust towards oneself:

To do injustice to oneself, is to engage in evil practices knowing that they will harm the body, and eventually incur the punishment of Allah.

Then we caused to inherit the Book those We have chosen of Our servants; and among them is he who wrongs himself.(Qur’an 35:32)

Every one of us wants to be treated justly, we despise injustice yet sometimes we fall as oppressors and many a times we fail to empathize with the victims of injustice.

Some specific forms of injustice include negligence towards the family. For example, it occurs when the head of the family neglects to guide to the true Islamic education, overlooking to guide them to virtue, using excessive severity and violence, and prevents them from having the necessities of good livelihood. Negligence in one’s responsibilities towards his family is an injustice. This is how injustice is done towards the people around us including our neighbors, relatives, friends, orphans etc. Also, injustice towards society occurs when the rights of individuals are neglected, dignities are disrespected and interests are disregarded. Such behaviors cause social corruption.

Be just, even if it is against your narrowly defined self-interest or of those very close to you. Ignorant people think they are protecting their self-interest by being unjust to others. Real faith in Allah elevates one beyond that narrow-mindedness.

It was narrated on the authority of Huthayfah may Allah be pleased with him that the Prophet (may Allah exalt his mention), said:

In conclusion when rights are not given to the people who are their rightful owners then injustice occurs. And so we should try to know our surrounding people and what their rights are. Verily every deed of injustice will be punished and every deed of justice be rewarded.