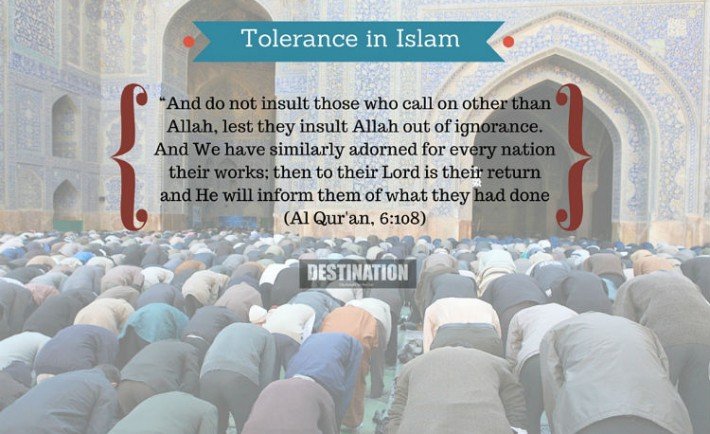 All around the world people,  practice different religions and cultures; they have different histories and speak different languages.

The fastest growing religion with currently 1.6 billion followers is Islam. Even though the Quran is in Arabic, this has not stopped its message spreading all over the world. It has been translated into 47 languages and specific versus into 114 languages. The religion speaks to everyone and everything in life, the hereafter and before the dawn of man. Its message is universal. It speaks of peace, harmony, respect, justice, acceptance, freedom and tolerance between individuals, faiths and cultures.

The mosaic of diversity is Allah’s will, and therefore Islam supports it. As the Quran says:

“We have appointed a law and a practice for every one of you. Had God willed, He would have made you a single community, but He wanted to test you regarding what has come to you. So compete with each other in doing good. Every one of you will return to God and He will inform you regarding the things about which you differed” (5: 48).

To speak ill of any other faith or people is un-Islamic,

“And do not insult those who call on other than Allah, lest they insult Allah out of ignorance. And We have similarly adorned for every nation their works; then to their Lord is their return and He will inform them of what they had done” (6:108).

Human life is precious and valuable in Islam and is to be respected no matter whose life it is. We were all created to worship Allah and do good while being just, and intolerance to those who are different is neither.