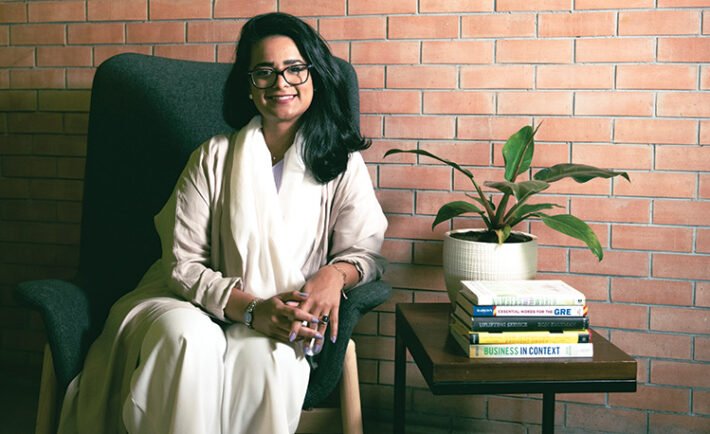 As you scroll through your phone, you must have read the words NFTs, Blockchain, Bored Apes, and possibly all in one sentence at some point, making you wonder if you’re still navigating the same reality.

“We are merely scratching the surface of a market that is expected to grow 1000x in the next few years, sooner or later every creative asset in the world will be digitalized and as Nuqtah, we are making it our mission to lead the revolution for our region”

With the constant change in economics and banking and many hailing, “NFT’s are the future,” we spoke to expert Salwa Radwi the founder and CEO of Nuqtah, Saudi Arabia’s first NFT Marketplace to give you a primer and ready you for the next frontier:

Zena Abo Khatwa, Made by Zena, NFT available on itsnuqtah.com

Let’s begin with the basics, what does NFT exactly stand for?
A non-fungible token, not to be confused with any form of fungus no!

Okay, but what does non-fungible token mean?
Stay with us for a minute. Something that is a non fungible basically means it’s one of a kind. Content, art & digital media such as photographs, movies, and music may be connected with several types of tokens on the blockchain. Thanks to a group of cool tech geniuses we now have a clear mechanism to give any item on the internet a non-changeable number to own and track, an NFT.

These are the “tokens” that the NFT abbreviation stands for – see it now? When something is dubbed as an NFT, it all of a sudden becomes super scarce, and that’s because there’s literally just one of it out there. In contrast, an example often used in the same context, cryptocurrency like bitcoin for example is not the same as an NFT. Purely fungible, meaning you can exchange one for another and get the exact same item over and over.For the sake of better understanding let’s humanize the concept.

Today, when you upload your images on Instagram, you instantly give Instagram ownership on that image. That’s part of the terms you agree to most of the time without reading, right at the beginning when you signed up to the app.

So today, Instagram owns and is making money off your content. It sounds unfair, right? So, in essence with NFTs, you as an individual get back to right to not only, move and track your assets own but also capitalize on your images with a clear token number.

Why does all this even matter?
With the first form of the internet, we were only able to view data online, then came web 3, which allowed us to view and engage broader with a new line of content creators and digital artists. However, a crucial gap remained in sustaining this new creator economy, and that’s where web 3 comes in; allowing these artists to monetize, grow, and own their online assets.

As for the buyers of these NFTs, this is a brand-new space for investment, as supply remains low, and demand continues to rise, now is the time to get your hands on these assets. It is only a matter of time before NFTs become a primary mechanism of not just owning assets online but also being a one collective space for validated governed data. 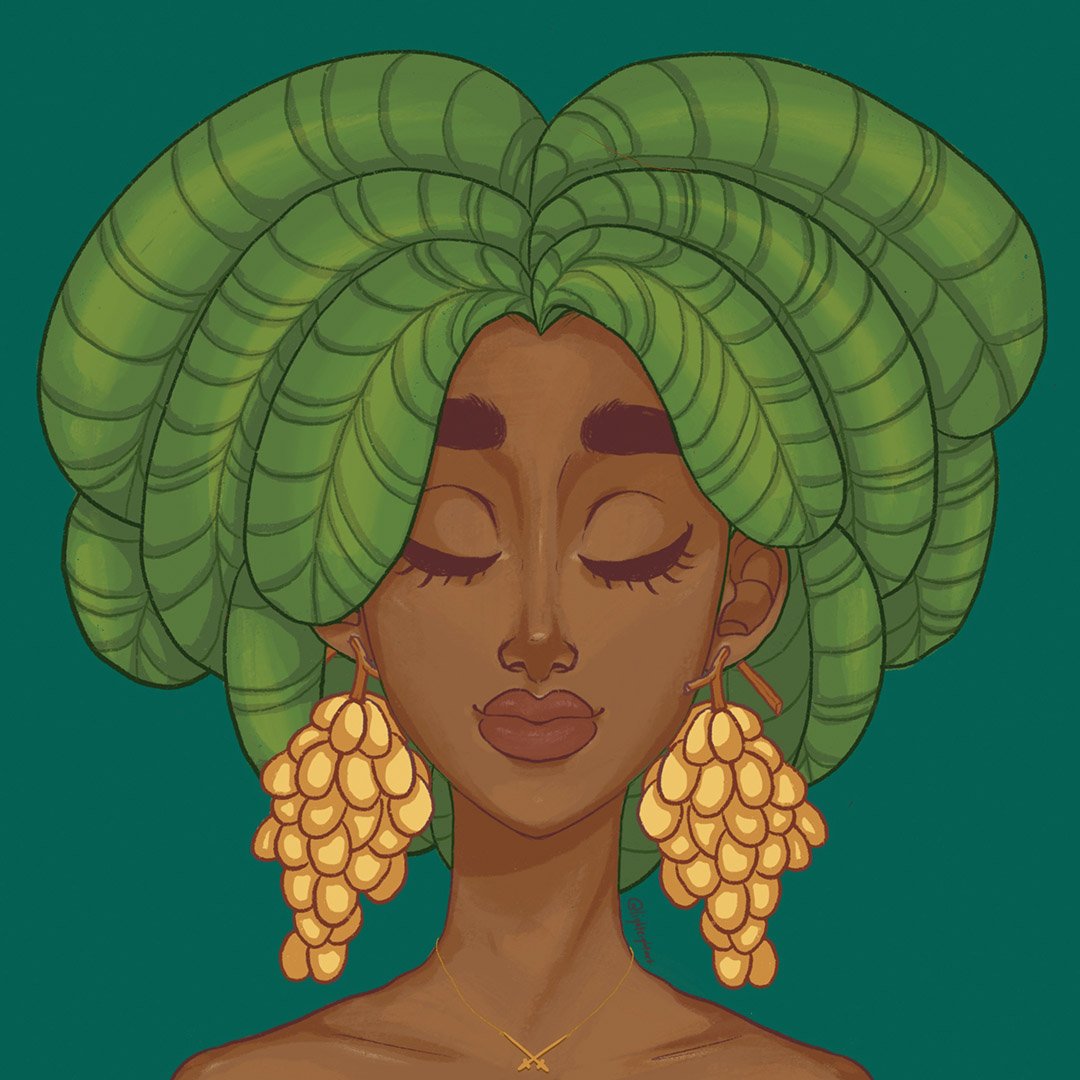 Are NFTs only for Art?
Not at all, although NFT’s popularity stems from meme culture, art, and collectibles, its potential applications, and areas it can be utilized in are vast. Some major markets are gaming, fashion merchandising and luxury goods. Louis Vuitton for example, is now moving into NFTs. Let’s say they release a new bag, what is a mechanism to differentiate between real and fake one? NFTs assigned to original bags with clear numbers on the blockchain available for everyone to view is the game changer.

Gamers who spend insane dollar values on skins and weapons online, often lose access when the game turns off. Not anymore, with NFTs these skins remain under your ownership and transferrable across all outlets thanks to blockchain. This is just one way the market is adapting it.

What role does Nuqtah play in all of this?
Nuqtah first started as  Salwa’s Masters’ Degree thesis that soon turned into a full-fledged startup. “As an artist myself and someone who has been heavily invested in enabling startups, I wanted to combine both, and shift the focus towards enabling fellow creatives.” I wanted to create a platform where artists could showcase their work and validate it, with no middleman and through the transparency and power of NFTs on the Blockchain. 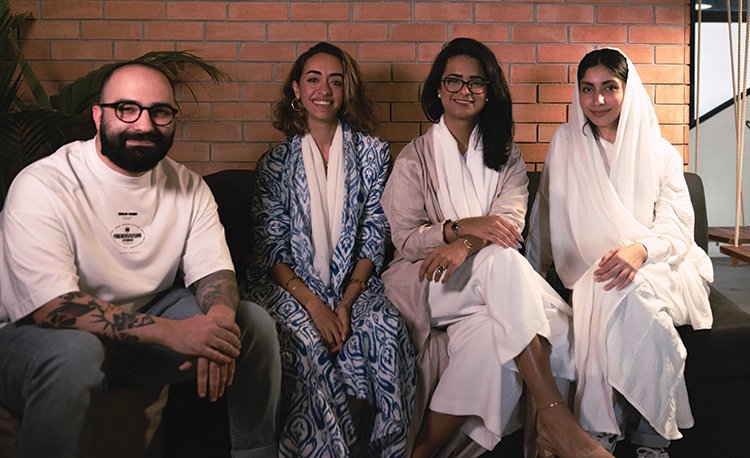 Today, Nuqtah is powering the region’s hunger for NFTs, starting with creators.

With the Nuqtah marketplace, we were able to adapt this new technology to function best for the region. We are merely scratching the surface of this new technology; we are truly witnessing the beginning of what could be the future where corporations will be forced to migrate and reposition from web 2 to web 3, Facebook’s rebrand to Meta is a prime example. The process within the Nuqtah marketplace is at the center of how they are able to have a clear focus on the region. Saudi Arabia currently ranks third in the highest number of content creators in the world.

Nuqtah is currently the first and largest NFT marketplace in Saudi Arabia and committed to getting this region web 3 equipped for this evolution.

Nuqtah will serve as a worldwide platform for customers interested in purchasing the newest NFTs by recognized and rising MENA artists, allowing local creatives to publish and sell their work.

We have closed our pre-seed round led by Shorooq Partners and  500 Global back in October. We have a big round of announcements from Nuqtah coming up; really setting the tone for what web 3 SME’s will be worth in the region and around the world.

The Nuqtah team is led by Salwa Radwi, founder and an award-winning talanted artist herself, Wajd Badawi, Marketing and Web 3 Consultant, Nouf Alghamdi UX/UI lead, and Noura Rajab and Shahm B, Community Managers.