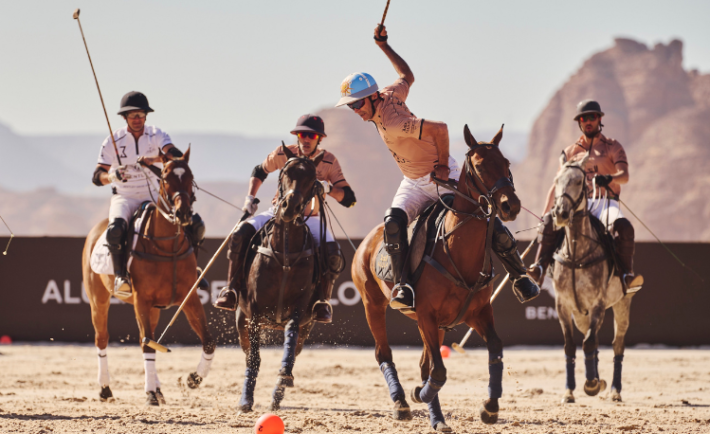 Grab your tickets now as they are available for the Richard Mille AlUla Desert Polo that will be taking place on January 26th up until January 28th.

World renowned players will be landing in AlUla to compete in the only polo desert tournament in the world.

We are super excited for The Richard Mille AlUla Desert Polo which is known to be the world’s only modern polo tournament to be placed in a desert, will he coming back in partnership with Polo Club Saint-Tropez – Haras de Gassin.

Hurry up and get the tickets. The tickets are now on sale for the third edition that will take place across three days. This year will see the event grow with eight teams now confirmed led by some of the greatest players in polo history.

The tournament is will be taking place in AlUla’s dessert amongst the scenic and remarkable landscapes of the Equestrian Village which is located closely to Hegra, Saudi Arabia’s first UNESCO World Heritage Site. Multiple delectable food offerings will be delighting the guests whether from the free catering service by islands on the deck, or from the paid choices from the food trucks outside of the arena.

The eight competing teams will be led by an expert player from global polo icons, with the world famous La Dolfina Polo team players back again joined by Facundo Pieres and Gonzalito Pieres and other professional players, while invited patrons and players drawn from both Saudi Arabia and the global polo community will make up the sides.

The tournament is organised in a collaboration between the Royal Commission for AlUla (RCU), the Saudi Polo Federation (SPF), Richard Mille – the title sponsor and tournament timekeeper, along with the legendary team La Dolfina Polo, and for the first time with Polo Club Saint-Tropez – Haras de Gassin, the summer destination of polo lovers from around the world, with AlUla being their distinct winter destination for the game of kings. The collaborations reflect the commitment of RCU into establishing long-term partnerships to develop the equestrian industry in Saudi Arabia, and make the historic site of AlUla the premier destination for horse enthusiasts from around the world. 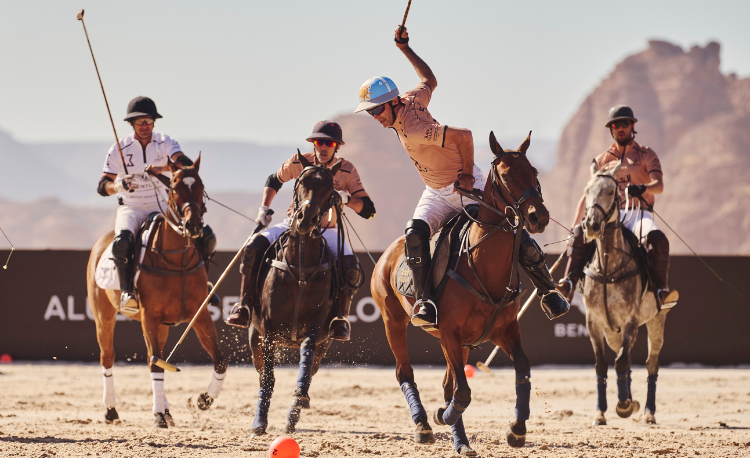 Widely regarded as the Sport of Kings, the one-of-a-kind tournament will guarantee guests a first-class hospitality and unmatched beauty for a unique experience – perfect for polo, nature, lifestyle and fashion enthusiast alike with more details to follow on exclusive events running alongside the tournament.

Phillip Jones, Chief Destination Management and Marketing Officer, Royal Commission for AlUla said: “The Richard Mille AlUla Desert Polo kicks off our sporting calendar for 2023 and brings world icons from the polo world to AlUla once again. This is truly a one-of-a-kind experience that promises three days of first class sport, stars, action and style. Hosting and partnering with the world’s best supports AlUla ambitions builds in becoming a premier equestrian destination.” 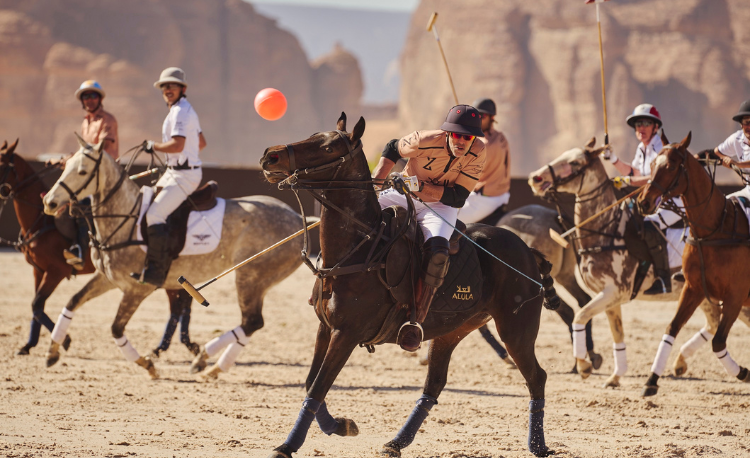 Peter Harrison, CEO of Richard Mille EMEA, said “The success of the 2022 tournament deepened our involvement with the Royal Commission for AlUla and the Saudi Polo Federation, hence we are very proud to maintain our positioning as the title sponsor and official timekeeper of the Richard Mille AlUla Desert Polo. This year’s event is certain to be nothing short of remarkable as we will have the chance to witness some of the best polo players in the world in action as they compete against the iconic backdrop of the AlUla landscape”.

“We are thrilled to play an active role in the organisation of this year’s exceptionally promising edition. It will proudly mark the beginning of an ambitious partnership which will grow into an exciting long term collaboration between our two international polo destinations.” This is what the chairman of Polo Club Saint-Tropez – Haras de Gassin, Alshair Fiyaz said.

Tickets vary between single day pass, full event pass, along with the VIP setup passes with full hospitality. Prices start from SAR 300 for a one-day ticket.