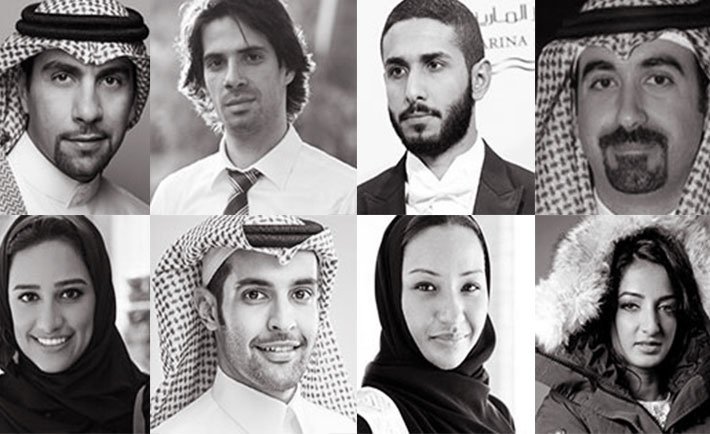 Arabian Business recently released their first ever list on the most powerful Arabs under 40.

So here are some of the most inspiring Saudis who’ve managed to make the cut.

Awesome because: He is currently coordinating the world’s largest construction project, KAEC. The megaproject involves building an entire city from scratch. It comes with a whopping price tag of $100 Billion.

Awesome because: Hosam Zowawi is a clinical microbiologist specializing in antibiotic-resistant bacterial diseases, commonly referred to as ‘superbugs’. Zowawi has developed a fast diagnostic tool called “Rapid Superbug” that identifies the type of infection faster.

Awesome because: Fahad Albutairi is the first Saudi stand-up comedian to appear on stage professionally in the country. He is one of the founders of the country’s ‘new media’ movement and is referred to as the Jerry Seinfeld of Saudi Arabia.

Awesome because: He is currently involved in running Saudi Oger, one of Saudi Arabia’s largest construction companies. The company has been involved in numerous multi-billion projects including the construction of Princess Noura bint Abdulrahman University for Women and the King Abdullah Financial District.

Awesome because: She authored the groundbreaking book, Girls of Riyadh in 2005, which is a bestseller across much of the Middle East and the world. The book has also been nominated for numerous awards across the globe.

Awesome because: Al Jumah is a traveller, author and lecturer; popular for authoring the book – Tales of a Saudi in Europe. It is a chronicle of his travels across the European continent. His book was inspired by his followers on Twitter.

Awesome because: Although Lama Younis currently resides in UAE, she is originally from Saudi Arabia and is the founder of the Hissah Enrichment Centre. The center focuses on enriching interpersonal skills, developing personal empowerment, and improving social relationships on personal and professional levels for adults, youths, and children.

Awesome because: She is the youngest Arab and the first Saudi woman ever to successfully climb Mount Everest. Moharrak has also climbed Mount Kilimanjaro, Mount Vinson, Mount Elbrus and Aconcagua, along with a host of other peaks on different continents.