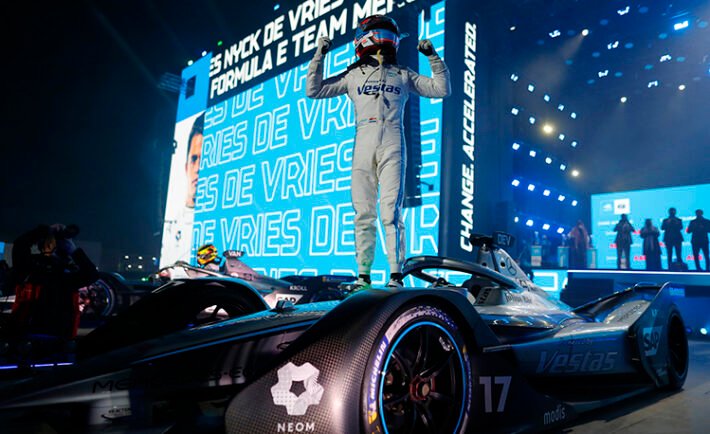 At the opening races, the Mercedes-EQ Formula E Team saw a 1-2 win at the Diriyah E-Prix, a promising start to Season 8 of the ABB FIA Formula E World Championship.

The team secured an incredible one-two win in Round 1, with driver Nyck De Vries claiming his second-ever victory for the Mercedes-EQ Formula E Team in Diriyah, followed closely by teammate Stoffel Vandoorne as runner up. Both cars finished in the points in Round 2, as Stoffel Vandoorne claimed P7 after starting twelfth on the grid, and Nyck De Vries dropped down to P10 from pole position following contact with Jean-Eric Vergne (DS Techeetah). The Mercedes-EQ Formula E Team leave Diriyah with a total of 57 points after the doubleheader, currently sitting in the second position in the ABB FIA Formula E World Championship standings ahead of Round 3 in Mexico in two weeks’ time. 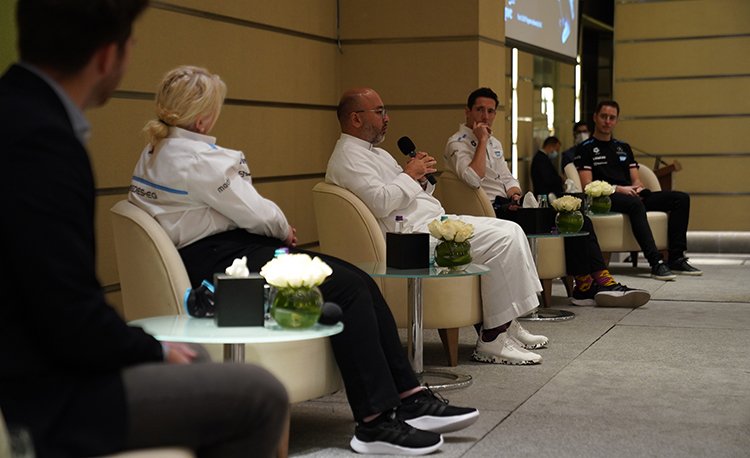 NEOM’s partnership with the Mercedes-EQ Formula E Team is built on a shared pioneering spirit. As champions of sustainability, both organizations are committed to being at the forefront of innovation, harnessing advances in technology and engineering to lead the drive for a greener future. Through the support of the Mercedes-EQ Formula E Team, NEOM aims to accelerate its bold ambitions for a new way of living. The partnership is promoting knowledge transfer between like-minded organizations, driving opportunities for NEOM’s future leaders to learn from a team performing at the highest level of racing in the world’s first net-carbon-zero sport.

Ahead of the Diriyah E-Prix, key personnel from the Mercedes-EQ Formula E Team attended a workshop for the NEOM GrOW (Graduate Opportunities in Work) program in Riyadh. The GrOW program is an initiative designed to offer Saudi graduates the opportunity to work alongside some of the world’s brightest minds at NEOM and play a part in shaping the future of the Kingdom. 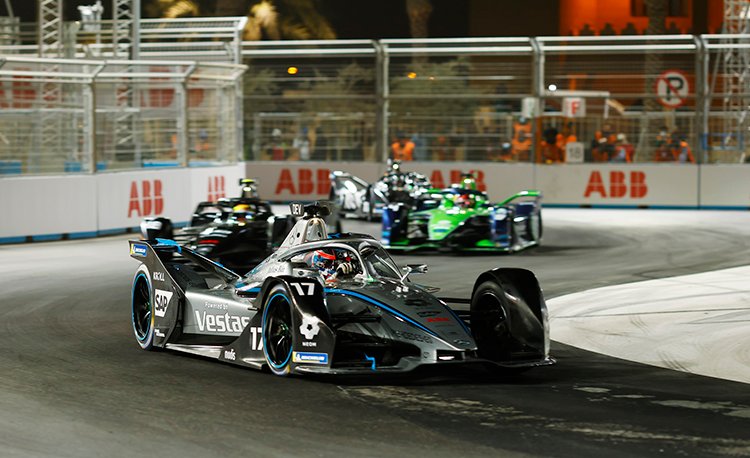 Ian James, Mercedes-EQ Formula E Team Principal, said: “Looking back at our time in Diriyah, it’s good to go home after the first two rounds of the season with a healthy collection of points. We’re also glad to have had an opportunity to share our experiences and knowledge with our partners at NEOM ahead of the start of the new Formula E season. Working with young talent is always inspiring and it has been great to meet the cohort being developed on the NEOM GrOW Program. A lot of the skills we require to be a successful team in our field are transferable to other sectors, and it is a pleasure to be able to share some of these learnings with our partners at NEOM.” 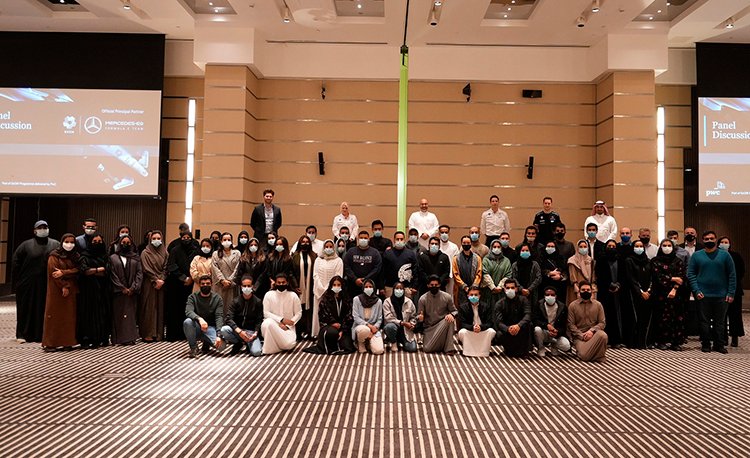 The workshop featured a panel discussion with Mercedes-EQ Formula E Team Principal Ian James, Team Driver Stoffel Vandoorne, and the team’s Head of Human Resources alongside NEOM’s Executive Director of Human Resources, Amin Bukhari. The session brought together representatives from both sides of the partnership to share experiences of working within a high-performance environment and insights to aid and inspire the cohort, supporting the development of NEOM’s future leaders.

The Mercedes-EQ Formula E Team’s involvement in the GrOW workshop is just one realization of shared aspirations to promote knowledge transfer within the partnership. In August 2021, two top-performing employees from the 2020 NEOM GrOW intake embarked on a placement with the Mercedes-EQ Formula E Team. Ahmed Al-Hussain and Duaa Alzaher are now six months into the secondment, working within their chosen fields of Mechanical Engineering and IT respectively. Building on the experience they gained through the GrOW program, the pair are spending 12 months fully immersed within the racing team, learning from the high-performance organization in order to drive future success for NEOM.