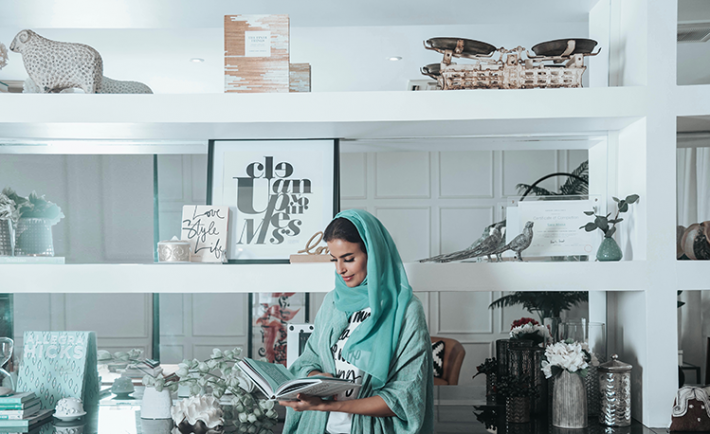 The art and business of tidying.

Sara AlAisa, founder of SORTED, one of the first professional home organizing service boutique in the Kingdom gives us a primer on the lifestyle movement that’s having Saudis purging their homes and spreading joy.

We’ve noticed lately that Saudis have become interested in the whole idea of decluttering— how has it become relevant to our culture today?

There’s been an entire industry that’s blossomed around organizing spaces and de-cluttering in the West for many decades, but yes, it’s relatively new to the Middle East and the Gulf in particular.

In terms of understanding cultural nuances, it’s important to look back at history to understand where we are coming from and how our collecting habits have evolved as people. 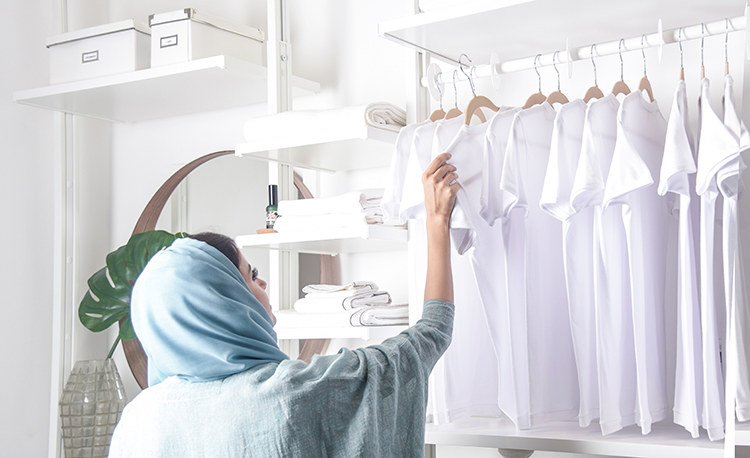 In the Gulf region, the emergence of a consumer culture on a large scale is a relatively recent phenomenon compared to the United States or Europe, where it began with the economic boom after World War II in the 1950s. In the Gulf, a consumer culture on the same scale didn’t start until several decades after the oil boom of the late ‘60s and ‘70s.

In the past, whether it’s Bedouin, city dweller or farmer, they all faced limited resources so they took care of what they had and passed it down along the generations. When affordable mass-produced goods came to the market, you had more but the habit didn’t change.

And also, in the 1950s, the average house size in the Gulf was not only smaller but housed several generations of an extended family. But with the advent of the ‘nuclear family’ came a trend towards bigger houses containing fewer people. There was more room per person and that extra space was filled with clothing, books, papers, and gadgets.

We’ve now reached a point where we are reassessing how we live and trying to find ways to conserve energy and not be wasteful. Part of that movement is understanding how to value what we already have in our lives and how to maintain and care for it. I ultimately want to encourage people to surround themselves with what they love. 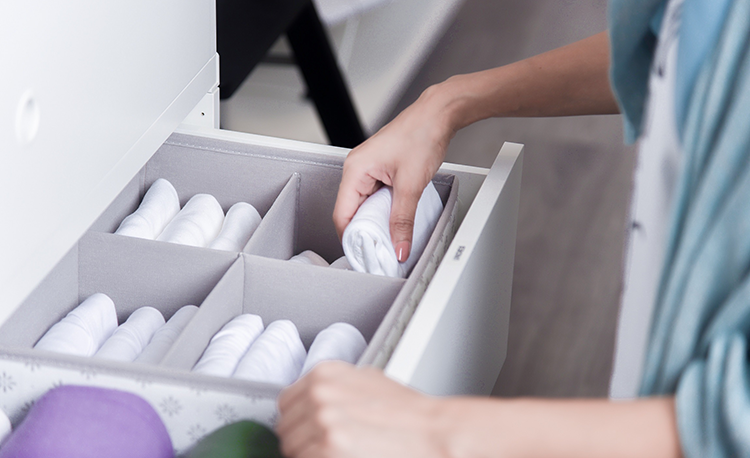 When does it become a time to seek professional help on this front?

We generally have two kinds of clients who seek us out. On the one hand, we work with people who recently moved into a home or space and need assistance organizing it so that it’s functional and pleasant to be in. On the other, we’ve been approached by individuals who have accumulated a lot of things over the years and need to downsize or organize their items in a more efficient way. Having a well-organized living space can be both uplifting and energizing for those living there.

I’ve also worked with small businesses and startups. For example, I reorganized a fashion designer’s office and studio to create an attractive and efficient working environment.

Part of our services also includes a follow-up after two months to check in on our clients. After de-cluttering and organizing, I also offer them helpful tips to maintain their spaces and rethink the ways they use and consume things. Each client is different in terms of their needs and personality, which is why the services we offer are tailored to them. 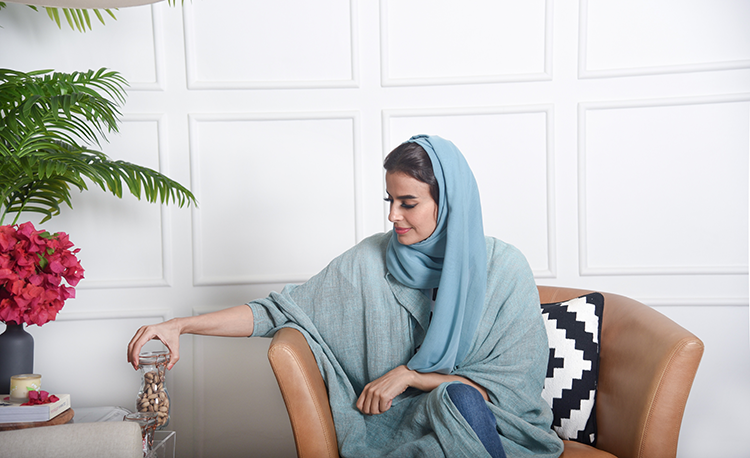 What ignited your passion for home organization?

This particular business attracts a certain kind of personality, and people who pursue this career tend to come with good organizational skills.  I don’t get overwhelmed at the sight of clutter, and instinctively begin mapping out how to organize a space in my head the moment I walk into it. Being a good problem solver and listener are also useful skills to have, because it’s important to take the time to understand what a client’s needs are and how they use their space.

Personally, from a young age I always loved to tidy up surfaces and organize books and it’s a habit I got from my mother that carried through into adulthood. It never occurred to me that I could transform these skills into a career. I feel blessed that I’m able to turn a passion into a profession that I liken to therapy, because I’ve watched clients go through their own positive transformation through the process of de-cluttering.

My friend Aljawhara was the first to see this talent within me and encouraged me to pursue it as a career. She asked me to assist her with the move to her larger home in 2014, she suggested I team up with my friend Yasmin Al Khawashki to launch a proper business and that’s how S.O.R.T.E.D was born five years ago. Her home became our first major project, and through it other friends and family soon began approaching us about organizing their homes or helping with moves. Yasmin later branched out into her own business and I’ve continued to grow S.O.R.T.E.D 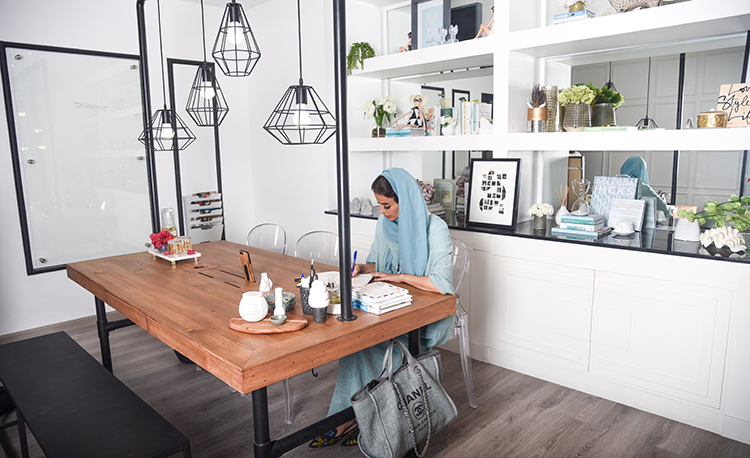 What’s your method? Did you have to modify what you’ve learned to the social or cultural setups of clients here?

Over the years I’ve developed my methods through a combination of researching on the topic, techniques, workshops and hands-on experience. In addition, I’ve taken courses in feng shui, which I incorporate into my approach to organizing spaces.

My methodology is also influenced by Marie Kondo, who has become a leading force in the industry.  Last April 2018, I attended Kondo’s seminar in London, so that I can introduce her method in Saudi Arabia. I remember the first time I picked up Kondo’s book, ‘The Life-Changing Magic of Tidying Up,’ which made me realize how life altering the process of purging and organizing can be. She noted that “the question of what you want to own is actually a question of how you want to live your life.” That philosophy informs each job we take on, in order to bring happiness and joy to people in helping them transform the way they live at home and work.

Most organizing methods advocate a room-by-room or piece-by-piece approach, which can sometimes be ineffective as it forces one to spend their days picking through stuff. The KonMari Method encourages tidying by category instead of location, beginning with clothes, then moving on to books, papers, miscellaneous items, and sentimental items. It teaches one to keep only those things that speak to one’s heart and discard items that no longer spark joy. People around the world have been drawn to this philosophy not only due to its effectiveness, but also because it places importance on being mindful, introspective and forward-looking.

My goal is to work towards becoming a certified KonMari consultant in Saudi Arabia, because I want to tailor my method to meet the region’s specific needs based on our culture. For example, many of my clients tend to live in much larger homes than one would find in Japan, which means adapting some of these methodologies to reflect cultural nuances. 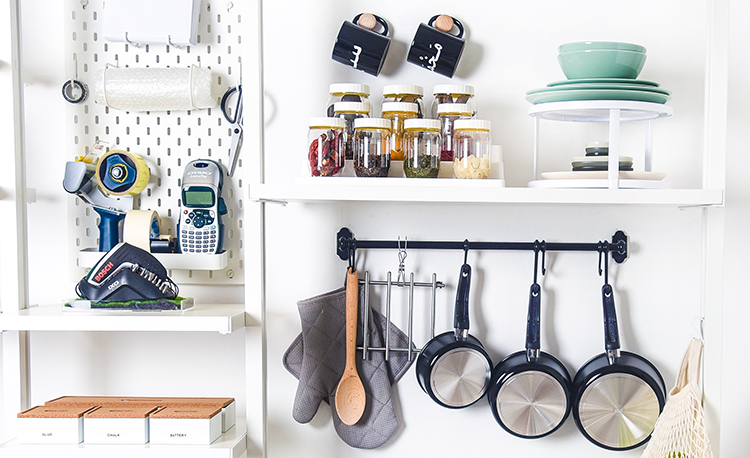 5 tips on tidying up a space or home

1. Stay Focused:
Once you start tidying, don’t be overwhelmed by the clutter. It’s best to get through de-cluttering all at once and not stretch it out over several days.

2. Tackle Categories, Not Rooms:
Kondo’s first rule is to tidy by category. A good place to start with is clothing, since it’s the least emotionally loaded of one’s things (followed by books, while old photographs or documents should come much later). Make sure to sort similar items together so you know where to find them.

3. Labeling is Key:
Once you create zones or storage areas for particular items, it’s important to label storage bins, drawers, shelves, etc. so you can easily find items and place them back in their proper place.

4. Purgingis Good:
Focus on what brings you joy and purge the rest. This question of joy gives you permission to let go of unworn shirts bought on sale, dresses past their prime, or skirts that didn’t fit right.

5. Spread the Joy:
Purging feels good, because it’s also a way of giving back and we often help our clients find ways to distribute purged items to people in need who may find joy in them.