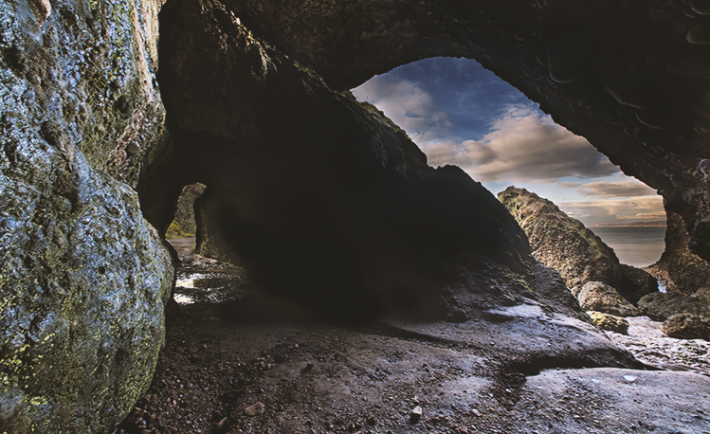 Where nature, history, and innovation come together.

I was beyond excited to arrive in Northern Ireland and meet the Invest NI team. They have been nothing but kind to show us around the beautiful surrounding areas and introduce us to their incredible country.

The weather was chilly but wonderful on our first morning, after an intro from the Invest NI team, we took part in a guided tour and briefing at the Titanic Museum. Titanic Belfast has been dubbed the World’s Leading Tourist Attraction at the World Travel Awards back in 2016. It is located beside the Titanic slipways, the Harland and Wolff Drawing Offices and Hamilton Graving Dock, where the Titanic was launched in 1912. Not only was the architecture incredible, but so was the history. We learned about the story of the Titanic, from the conception to the construction and launch.

Next up was the Queen’s University Belfast tour. One of the leading universities in the UK and Ireland and one of the most elaborately sculpted buildings I have come across. No wonder it is ranked in the top 10 most beautiful universities in the UK. With its uniquely rich heritage and history, Queen’s University Belfast stands as the UK’s ninth oldest university with state-of-the-art facilities.

After a night’s rest at the Grand Central hotel where we were staying, we traveled to the Kris Turnbull studio for a tour with the company director. The Kris Turnbull team is exceptionally talented and offers a range of design services that are recognized all around Europe and the Middle East. Being one of the most esteemed design studios in the UK, they offer architecture, interior architecture, interior design,
and styling. 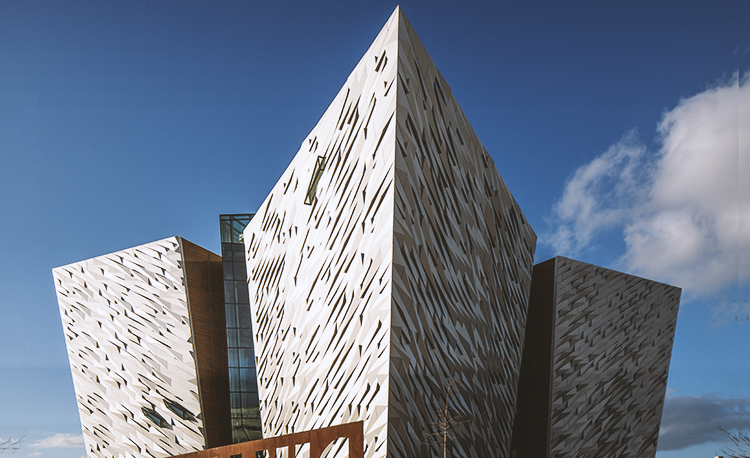 We then moved on to the NI Tourism tour. Tourism NI is the national development authority for tourism in Northern Ireland with a mission is to grow tourism in the region. The tourism itinerary included many destinations where I felt like I was walking onto the set of Game of Thrones. On the first stop on tour, we got the chance to see the famous Dark Hedges planted by the Stuart family back in the 18th century as a means to impress visitors as they made their way to the entrance of the Gracehill House. The long and ominous road included tall intertwined trees that met at the top to hide the sun from beaming down on us. This gave the street a dark and mysterious feel, a perfect spot to film the Game of Thrones.

The second location on tour was Carnlough, a small but incredibly picturesque harbor followed by a trip to the Cushendun Caves. The caves were large and magnificent, a perfect contrast to the quiet and sandy beach it overlooked.

Later we visited the Larrybane Quarry which is adjacent to the Carrick-a-rede Rope Bridge. Located on the North Antrim coast, the location held an incredible view of the Causeway Coast. Afterward, we visited the Ballintoy Harbour, a tiny fishing village with a regal panoramic view. The last spot was the most incredible and forever memorable Giant’s Causeway. With an almost dreamlike view of the wild North Atlantic Ocean and dramatic landscape of giant cliffs, Giant’s Causeway has captured the hearts of all who have come across it from artists to scientists. The tour was insanely visually inspiring, and I have no doubt that NI Tour will reach its goal of making Northern Ireland one of the top world-class tourist destination.

After a well deserved good night’s rest at the Bishop’s Gate Hotel in Derry-Londonderry, we traveled to visit the magnificent Ulster University Magee campus. The university is Northern Ireland’s public university whose research has contributed globally as well as to the local region’s social and economic betterment.

Later that we visited the CDE Global HQ. CDE is a wet processing equipment company for sand and aggregates, mining, C&D waste recycling, and industrial sands. The company has been designing, manufacturing and commissioning wet processing plants for over 25 years. Visiting the headquarters of such a prestigious company has been truly eye-opening and an exciting way to wrap up our trip to Northern Ireland.

A real island gem of culture, entrepreneurship, gastronomy, and more; our Northern Ireland trip served as an eyeopener. Beyond the shamrocks, any traveler who gets the chance to visit this wonderful country would be in luck.