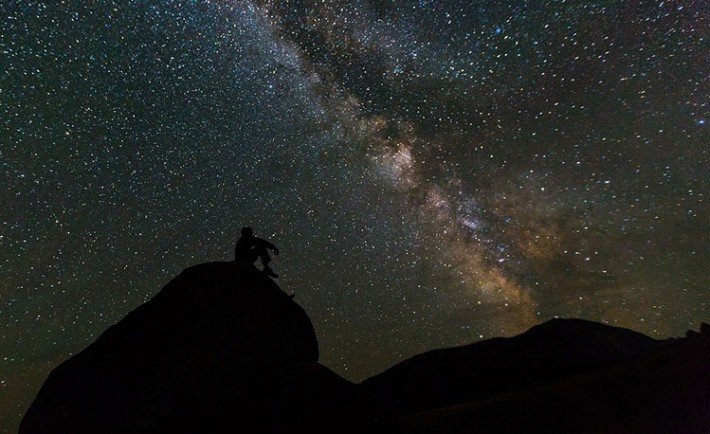 My younger brother was studying for his exams, but suddenly started throwing a tantrum as soon as he reached a part about a Greek God who sends down rain and how great he was. Knowing it was shirk and only Allah has the power to send down rain, he wanted to skip that part, but I insisted he learn it as this was probably the easiest lesson. Similar incidents happened over the years as non-Muslim beliefs are entwined in our education system. Petty grades were dearer and more valuable to me than Iman.

Thinking about life, I had only one goal; to be a successful independent woman, no matter what the cost. I wanted to be someone who doesn’t depend on anyone, as they wouldn’t be with us forever. If something guaranteed me success, a bit of compromise in religion didn’t really matter.

And it is He who created the heavens and earth in truth. And the day He says, “Be,” and it is, His word is the truth. And His is the dominion [on] the Day the Horn is blown. [He is] Knower of the unseen and the witnessed; and He is the Wise, the Acquainted.(6:73)

Discovering this ayah made me think that I was being deceived! Satan deceived me. How could I undermine Allah’s power over everything? A career isn’t going to lead me anywhere if Allah doesn’t will it to be. Neither you, nor I need compromises in the religion which Allah sent down upon us because Allah says:

I was wrong. I learnt; there is a need to getting to know Allah more. That was me, a year ago. Now I have realized; when we read the Qur’an and get to know Allah; worldly matters are exposed as just play and deception. These ayahs explain the greatness of Allah and how Allah has created everything; we need to believe that He will do the best for us. I have come to realize Allah is Al Razzaaq – The Provider and no matter what, I will gain what is decreed for me. We don’t need people or any other thing to attain what Allah has written for us. Of course, we need to strive, but strive in the way of Allah. We need to look at the signs and miracles of Allah, strengthening our belief in Him each passing minute. Allah has sent the Qur’an which is a miracle, the story of the Prophet is a miracle and so is the fact that Allah has made me a breathing piece of flesh with so many complicated things inside me that scientists have yet to discover is another miracle. When we think about this, nothing is impossible for Allah to do. We need to have strong iman; conviction in Him and strive in worshipping Him alone.

Allah has revealed Islam as the perfect way of life for us and if we start making compromises in that, then surely we are the ones in loss. Allah says in the Quran:

Those to whom We have given the Book recite it with its true recital. They [are the ones who] believe in it. And whoever disbelieves in it – it is they who are the losers(2:121)

Hence, Satan is truly a liar.

I would like to conclude saying, that Allah is never blind to our tears, never deaf to our prayer and never silent to our pain. He sees, He hears, He is never too far…