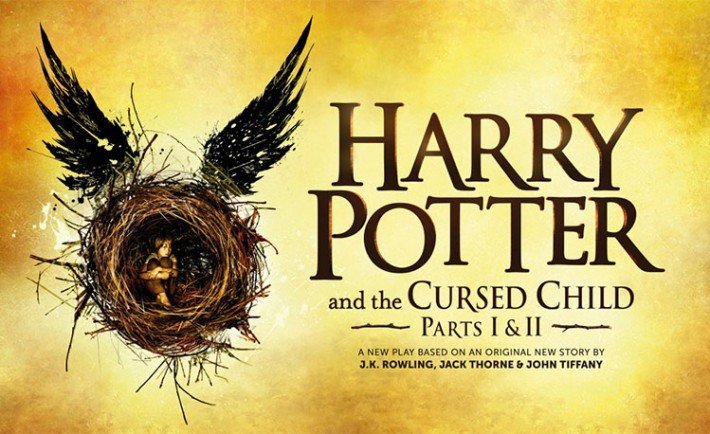 With all this confusion about whether there is going to be an 8th installment of the Harry Potter series or if it’s just a play, we wanted to clear up what all the excitement is really about.

What Is “The Cursed Child”?

At first we thought fans were having a hard time letting go, but now it seems that J.K Rowling isn’t ready to move on either. Harry Potter and the Cursed Child is a new play story by Rowling in collaboration with Jack Thorne and John Tiffany that will premiere in London’s West End at the Palace Theatre in the summer of 2016. It continues on from the 19 years jump in “The Deathly Hallows” where Harry and Ginny wave off Albus Severus Potter (clichéd name, I know) to Hogwarts.

“It was always difficult being Harry Potter and it isn’t much easier now that he is an overworked employee of the Ministry of Magic, a husband and father of three school-age children. While Harry grapples with a past that refuses to stay where it belongs, his youngest son Albus must struggle with the weight of a family legacy he never wanted. As past and present fuse ominously, both father and son learn the uncomfortable truth: sometimes, darkness comes from unexpected places.”

Lead Cast for the Play:

“Is it the 8th book of the series?” “Is it a prequel?” “Is it a novel?” “Are they going to make a villain who has an actual nose this time?” Okay maybe the last question is not something people have asked, but fans are definitely jumping into hysteria thanks to the announcement made by Rowling and Thorne regarding publishing the play in book form later this year. Here are the facts:

When it was announced that a dark-skinned woman would be playing Hermione, there was unfortunate backlash from some fans saying that Hermione is supposed to be white skinned. What these so-called fans don’t know is that Rowling never specified Hermione’s skin color.

Even Emma Watson was very supportive with her tweet.

Like really, we still haven’t gotten over this issue?

Harry Potter and The Cursed Child is coming out in the summer as a play followed by the script later this year. (Oh and the “Fantastic Beasts and Where to Find Them” movie of course), so we can all conclude that it’ll be an epic year for Potterheads!