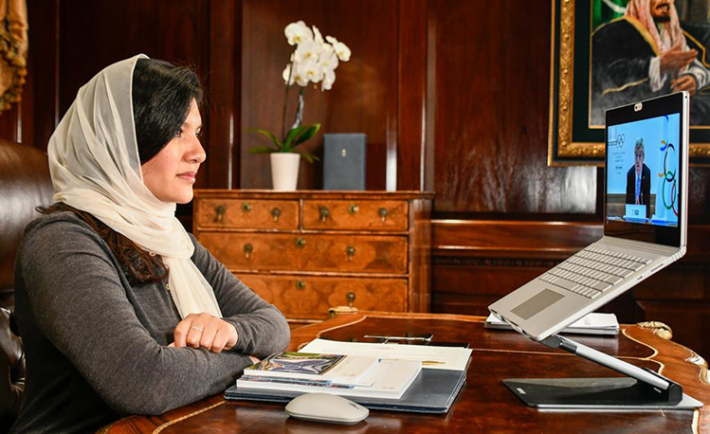 Saudi Ambassador to the United States, HRH Princess Reema bint Bandar Al Saud, has been confirmed as a member of the International Olympic Committee (IOC).

Princess Reema tweeted her appreciation, saying that she is “honored to be elected as a member of IOC. Thank you to the Custodian of the Two Holy Mosques King Salman, HRH Crown Prince, and @AbdulazizTF for their support. It has been an honor to serve my community through the universal language of sports.,” she concluded, tagging accounts of the International Olympic Committee and the Saudi Arabian Olympic Committee.

Princess Reema, Saudi representative to the International Olympic Committee, has spearheaded community sports programs across the nation and continues to advocate for Vision 2030 goals. In her capacity as SFA member of the Board of Directors, Princess Reema helps to strengthen and shape the Federation’s values across health and wellness metrics.

The SFA, previously the Mass Participation Federation, was formerly headed by Princess Reema, who was succeeded by HRH Prince Khaled bin Alwaleed bin Talal in March 2019. Under both tenures, hundreds of thousands of people across the county have joined in the SFA’s drive for participation in physical fitness across the Kingdom. 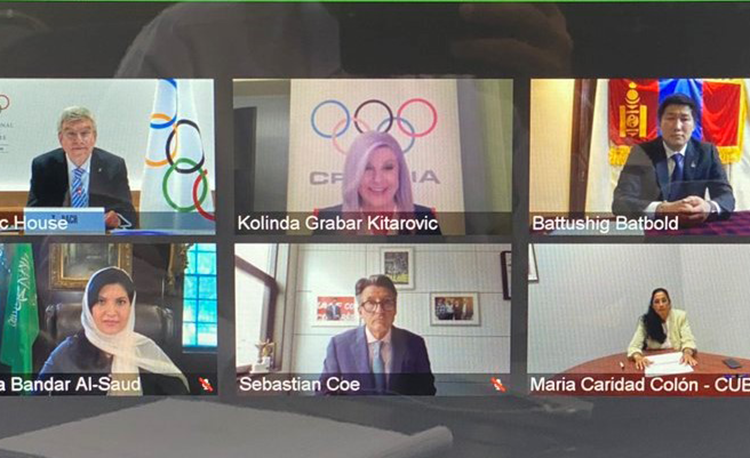 The news was announced virtually on July 17 during the 136th session of the IOC. In addition to Princess Reema, the confirmations included Maria de la Caridad Colón Ruenes of Cuba, Kolinda Grabar-Kitarović of Croatia, Battushig Batbold of Mongolia, and the UK’s Sebastian Coe.

The five new confirmations bring the total number of IOC Members to 104 and pushed the organization further in its mission: “With 39 women on board – representing 37.5 percent of its membership versus 21.3 percent in 2013 – the Session has demonstrated the IOC’s commitment to promoting gender equality within its leadership,” said the IOC in a statement.

According to the official website, founded in 1921, the Executive Board consists of the International Olympic Committee President, four Vice-Presidents, and 10 other members. All members are elected by the Session through a secret ballot system of majority vote and remain in their positions for four years.