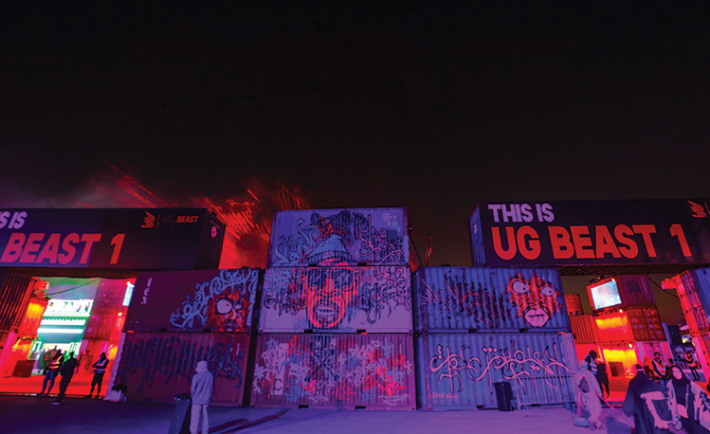 It’s been a couple of weeks post-MDL Beast, but its effect throughout the city of Riyadh and the Kingdom continues to reverberate. MDL Beast ushered in changes that propelled us to new dimensions—shifting lives, perceptions, and popular culture in one unforgettable weekend. As the dust settles in Banban, we decided to get closer to the eye of the ‘soundstorm’ and find out what it took to bring MDL Beast to life.

Destination had a chat with Baloo, also known as Ahmad Al Ammary, a partner and brand strategist at 9SS Creative, the Saudi agency that developed the MDL Beast brand. Baloo, Anmar, and Ibz also happen to be DJs. Baloo found himself in the middle of a dream project he never saw coming.

“It came to us just 5 months ago, we couldn’t believe it but at the same time, being DJs and designers/creatives for years, we knew exactly what we needed to do. My partners and I, we’ve had the brand name parked in the back of our heads for years. But it needed to be a big brand with big attitude. When this festival came up— we all looked at each other and said, this is it. This is MDL BEAST,” said Baloo.

Organizing an event, regardless of where you are in the world is no easy feat. Add to that challenge only having two months to build an unprecedented three-day festival in the middle of the desert. It took multiple talents and professionals, both Saudi and foreign all coming together, sharing many sleepless nights to bring the Beast to life. 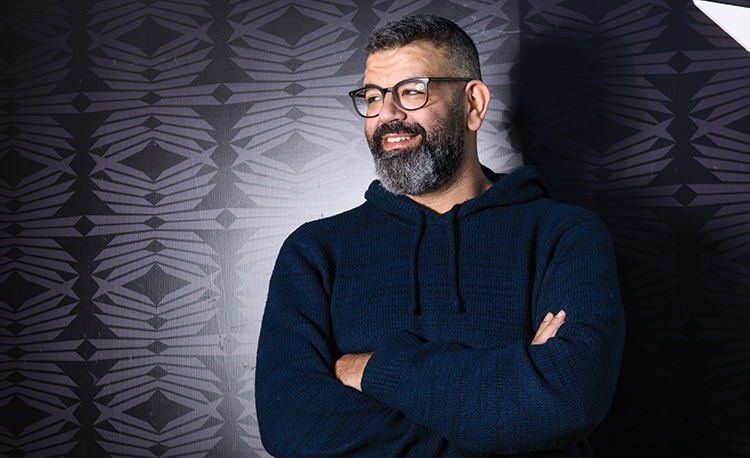 A day before opening, Baloo found himself standing in the middle of an empty audience space, staring up at the towering stage, engulfed by the sound of the speakers. “Before MDL Beast, I didn’t expect anything like this to happen, then it came and We were engulfed in every detail, even beyond its brand identity, like no project before. Seeing it all come together, being a part of MDL Beast opened my eyes to so much, so many possibilities, so much potential.”

At that moment the universe aligned, Baloo’s passions entwined, and in those few seconds that would last him a lifetime— he was home. He knew he belonged.

“The experience was both exhausting and exhilarating, but on those three days, we were running all over the place, fueled by the positive energy people radiated. They had so much fun. It was infectious and very humbling.” Baloo, who also performed on the Saudi Beast and UG Beast stages shared, “I’ve been doing this (DJing) for 23 years, but to do it in my hometown, on an unprecedented regional platform that we helped create, in front of all our people, was overwhelming, and you try to hang on to that moment because you know nothing’s ever going to be the same after it.”

What we found monumental during the festival is the bond among artists and a sense of community the local talents exhibited. Urban legends playing the underground scene surfacing, breakthrough DJs sharing the spotlight, with musicians who up until that day, only had their closest friends and family as audiences.

“I was giving a tour to some of our guests before the event and came across a dear friend and fellow dj. We looked at each other, and there was a clear acknowledgment combined with shock of what was happening right then and there. He walked up to me and held my hand tightly and said nothing, but also everything the way he looked at me, that really got to me— and I saw why we needed to make all this happen.”

There is no doubt that MDL Beast is now part of our modern history. MDL Beast’s army of passionate, hardworking, and driven people all contributed to building a new legacy, armed with a rhythm that brought a nation together.